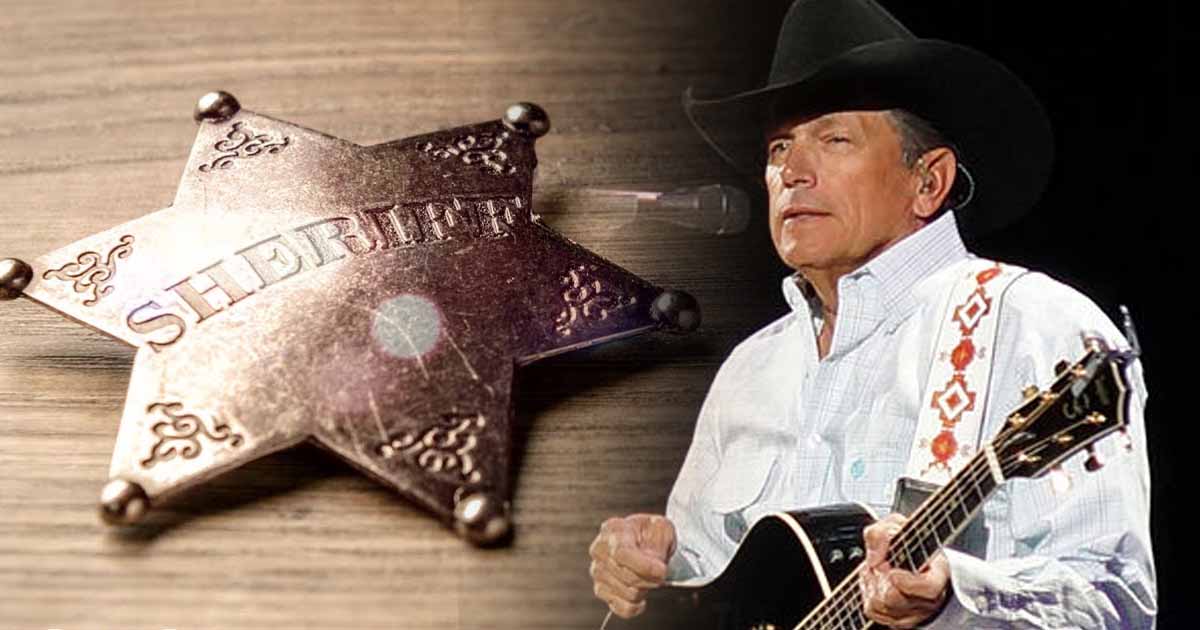 George Strait honors the men and women who serve in the police force in his song “The Weight of the Badge.” It was released as the second single off Strait’s 2019 album Honky Tonk Time Machine. The song comes with weighty lyrics and has an overall feel that drew special praise from reviewers.

Since then, the Texan entertainer has included the evocative song in his live set, including at his “Strait To Vegas” shows at T-Mobile Arena. Unfortunately, Strait has announced his two upcoming shows’ postponement as he prioritizes fans’ safety during the ongoing pandemic.

A Reflective Song That Will Surely Move You

Written by George Strait himself with his son Bubba and longtime songwriting partner Dean Dillon, “The Weight of the Badge” tells the tale of a police officer who diligently put his life on the line to keep his community protected, day and night.

The song painted him kissing his family goodbye as he went into another graveyard shift. Later the officer found himself in the hospital after being injured on the job. But when he recovered, he quickly went back working on the force. He wore his uniform, no matter how tough things may get, knowing that some fights are simply worth fighting.

“He swore that oath to protect and serve. Pours his heart and soul into both those words. Lays his life on the line; the line he walks is razor fine. Tempered strength is always tough. But he ain’t gonna buckle, under the weight of the badge,” the song goes.

The song begins with just a fingerstyle acoustic guitar, wisps of fiddle, and Strati’s pure and strong voice before it blooms into a fuller production with a moody, haunting guitar solo. It gradually builds to a country music majesty level that is absolutely appropriate for our truly admirable brave officers. As the song nears its end, the layers of instrumentation pull back, once again shining the spotlight on its incredibly powerful lyrics.

Strait wrote “The Weight of the Badge” after an encounter with an officer during a ceremony where he was named the 2018 Texan of the Year by the Texas Legislative Conference. The country superstar explained that one of the security officers in the ceremony was talking to his grandson Harvey. The officer let the little boy play with his badge and pin it on his shirt.

“And I just got to thinking about that because it really wasn’t that heavy until you put it on it, and then it means it really gets heavy,” Strait said. “So, that was one of those things I thought was a real important message, especially these days and times.”

Tune in and watch George Strait’s powerful performance of “The Weight Of The Badge” in the video below.

Jesse James, The Man Behind Those Country Hit Songs

George Strait has a New Single! An Ode to His Tequila Brand “Código”

“And I Love You So”: McLeans’ Original, Presley’s Trademark

Draw Yourself Nearer to God in Don Moen’s “Lord, I Offer My Life to You”

“Good Hearted Woman” as Interpreted by Jennings and Nelson

‘Best of My Love:’ Slays as a Hit but a Hacksaw to The Eagles’ Bond

2021 Country Music Tours to Keep on Your Watch List