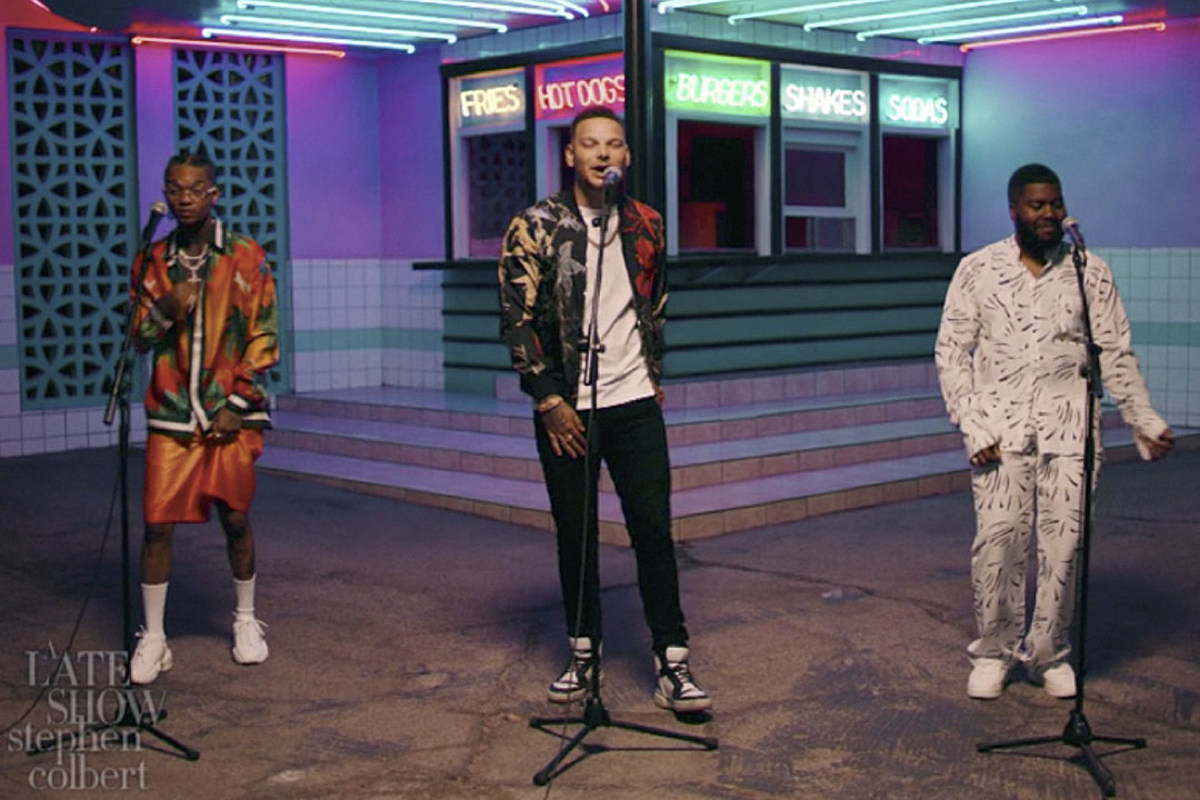 Country superstar Kane Brown took his catchy collaboration with Swae Lee and Khalid, the lovelorn crossover bop ”Be Like That,” to Stephen Colbert‘s Late Show on Monday evening (Nov. 23).

Although the late-night talk show still isn’t filming in front of a live audience due to the ongoing coronavirus pandemic, the trio of performers nonetheless brought plenty of energy to viewers. Once Colbert introduced the performance from New York’s Ed Sullivan Theater, Brown and his cohorts performed the number from a separate location in front of a glowing backdrop that looked like a deserted concession stand at night.

The serene staging made a fitting scene for the team’s run-through of “Be Like That,” seeing as how the song begins with the narrator’s stated desire to be alone as his love interest continues “blowing up” his phone. Ultimately, however, the lyrics contend that staying together is better than being apart; after all, sometimes it really do “be like that.”

When “Be Like That” first emerged in July, Brown told Billboard that the tune explores ”all the different feelings you can have in a relationship. And trying not to overthink it. When it gets tough, you want to be on your own, but then you miss the person a second later. I think it’s something everyone goes through.”

It’s one of the latest tunes culled from the singer’s third EP, Mixtape, Vol. 1. One more official single has since arrived from the effort, “Worship You,” Brown’s dedication to his wife Katelyn and their daughter Kingsley.