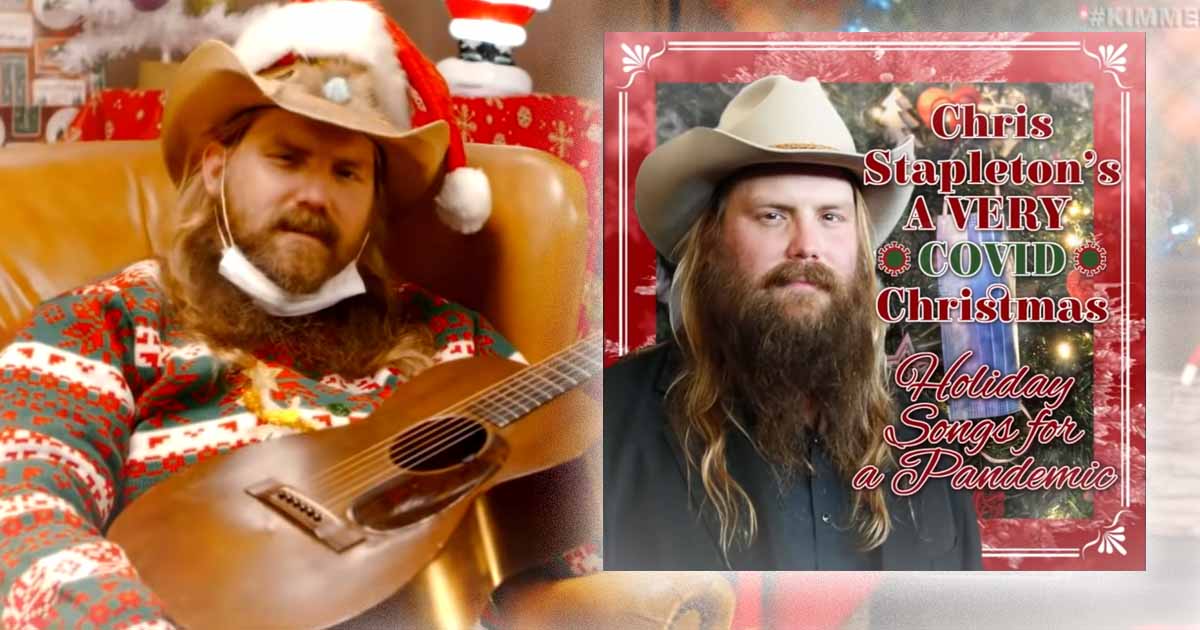 Chris Stapleton is giving what fans have been asking for a very long time! In his recent appearance on “Jimmy Kimmel Live!” Stapleton promoted his upcoming fictional pandemic special album. Of course, Stapleton did all this for fun leaving fans wanting more and wishing that it was true.

For years now, Stapleton has been bombarded by fans who are requesting a holiday album from him. Jokingly, the country star crowed, “Give the fans what they want.” Yet, for Stapleton, it was all good fun to release a song that enables him to display his silliness.

It was an honor for Stapleton to work with the best comedic writers that America has to offer even though it might mean that he has to be a laughing stock at times. Stapleton recognizes the excellent skill of the Jimmy Kimmel writers and working with them is a great joy.

While Chris Stapleton’s viral pandemic holiday album remains a fan favorite, a question still remains as to whether the project would eventually jump into reality. The appearance of Stapleton was also for the promotion of his newest project “Starting Over Again.”

Over the years, Chris Stapleton has produced timeless hits.  This includes his recent project “Starting Over Again.” It is debatable that Stapleton could have won an Album of the Year award. With a mixture of Southern soul songs and straight-ahead rock tracks with a mix of sentimental ballads. Stapleton’s powerful and soulful voice is in full display.

Just like his past creations, Stapleton made sure that he is working with the best that the industry has to offer. He made collaborations with J.T. Cure and Derek Mixon while co-writing with Mike Campbell of the Tom Petty and the Heartbreakers. Stapleton wanted his newest project to be energy-filled.

Chris Stapleton might have debuted a few years back, but his talent is undeniable and his appeal remains worthy of the wide recognition that he now enjoys. The revived passion that Stapleton has captured for the holiday season is worth listening to in “Starting Over Again.”

Our Kind of Country: Our Dear Willie Will Be On the Road Again

Elvis Presley Sings “Where No One Stands Alone” with His Daughter

It’s a “Wild World” Out There So Who Wants to Go Off-Grid Like Kip Moore?

Billboard Cites Dolly Parton as Winner of the 2020 Hitmaker Award