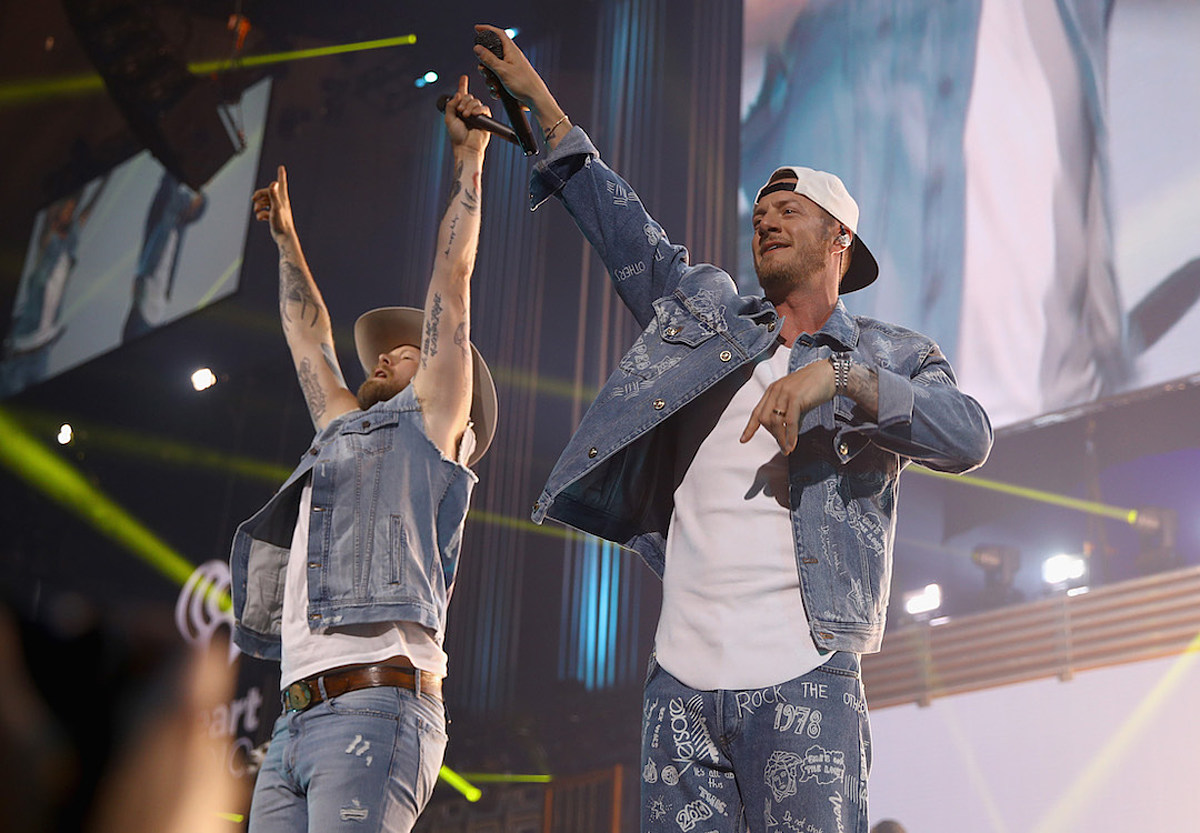 The bandmates of Florida Georgia Line are no strangers to breaking boundaries, and they’ve just knocked down yet another. On Friday (Nov. 20), the pair celebrated becoming the first country artists in RIAA certification’s 62-year history to notch two Diamond singles.

The new accolades come courtesy of two monster hits for FGL: Their 2012 breakout single “Cruise” and their massively popular Bebe Rexha collaboration, “Meant to Be,” from 2017. The latter is one of only six songs to notch RIAA Diamond status in the past four years; only 43 songs total have been certified Diamond in all of RIAA history.

“Thank you guys for the recognition and this ride has been a dream come true,” bandmate Brian Kelley remarked during a virtual celebration of FGL’s newly-minted accomplishments. “It’s pretty crazy hearing the numbers. It’s pretty wild to think about it in that time span …”

“It is surreal and it is nice to take a second to let that sink in, and honestly we’re so thankful,” Tyler Hubbard adds. “It’s awesome to know it’s connecting. When I hear those numbers, that’s what I hear, and I just think that’s something that we can all be proud of …”

The numbers are indeed staggering, with FGL netting a total of RIAA digital single awards of 54 million since the outset of the duo’s career. They also raked in seven more certifications, including RIAA Gold album status for Can’t Say I Ain’t Country, RIAA 6x Platinum status for “H.O.L.Y.” and “This is How We Roll,” RIAA 2x Platinum single status for “Simple” and “Talk You Out of It” and RIAA Gold single status for newer hits “Blessings” and “I Love My Country.”

The exciting career news for FGL comes at the end of what has been a tumultuous year, both for the band and the world at large. In fact, just days before celebrating their record-setting RIAA accomplishments, the bandmates were assuaging fans that there was no breakup on their horizon.

That worry arose after Hubbard briefly unfollowed Kelley on Instagram during the most heated days of the 2020 presidential election cycle in early November. The pair haven’t always quite seen eye to eye politically, but they told fans not to worry: They’re still the best of friends, and have plenty of exciting new FGL happenings in store for the near future.

A couple of days afterwards, the duo unveiled one of those plans: They’ve signed on to create original music for an as-yet-untitled country movie musical.

Remembering The Death of Lynn Anderson, Whose Powerful, Husky Voice Brought Her Atop The Charts
Remembering The Death Of Charlie Rich, The Soulful, Silver-Haired Balladeer Of the 1970s
Hank Williams Jr. Will Celebrate July 4th With a Deafening Bang
Adeem the Artist is Making Music on Their Own Terms
Miranda Lambert Sets Out on ‘Glamping’ Trip With Pals + Husband