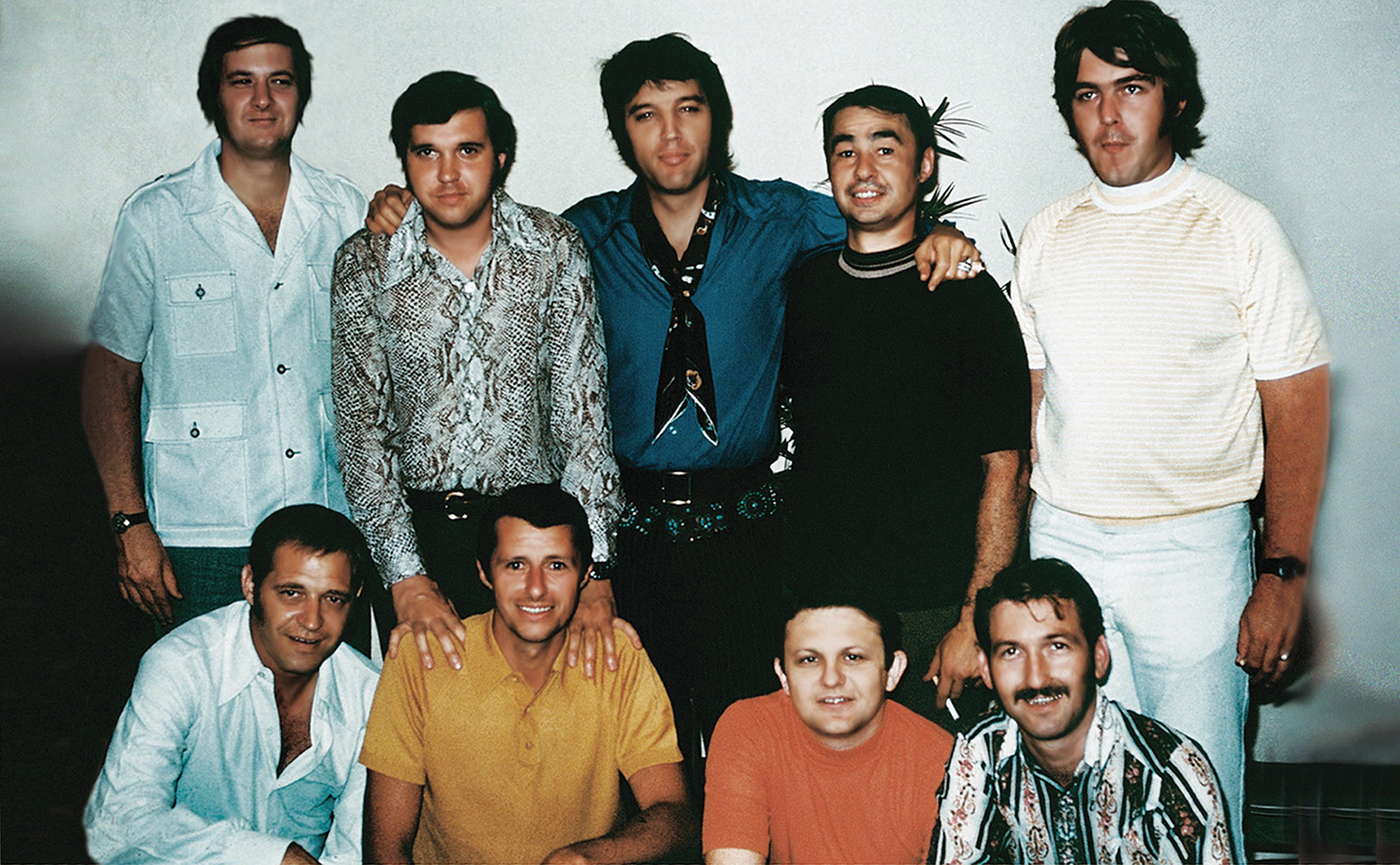 For a few freewheeling days in June of 1970, Elvis Presley assembled some of Nashville’s best sessions players to jam in RCA Studio B on Music Row. Elvis chose the songs himself, everything from Simon & Garfunkel’s “Bridge Over Troubled Water” and Bob Wills’ “Faded Love” to Willie Nelson’s “Funny How Time Slips Away” and Eddie Rabbitt’s “Patch It Up.” The sessions were marathon affairs, and naturally the musicians — and Elvis — would get hungry.

Charlie McCoy, the multi-tool player who first recorded with Elvis on the soundtrack to 1965’s awful Harum Scarum, vividly recalls trays of cheeseburgers and fries laid out cafeteria style in the studio’s control room. McCoy and his colleagues, like drummer Jerry Carrigan and bassist Norbert Putnam, would get in line and fill their plates.

They learned quickly that some of the spread was off limits.

“There was this big Dixie cup full of kosher dill spears,” McCoy tells Rolling Stone. “So Jerry Carrigan is walking down and he reaches in to grab one of these pickles, and from out of nowhere, this hand comes and grabs his wrist. It’s one of the Memphis Mafia, and the guy says, ‘Those are Elvis’ pickles.’”

Mac Davis’ ‘In the Ghetto’ Was a Famous Hit for Elvis, But ‘Memories’ Deserves Another Listen

McCoy laughs at the memory and the defensive, ever-present members of Elvis’s entourage, colorful guys like Joe Esposito and Red West. “You know, Elvis would have given him the whole cup, but those guys were so protective of him.”

There was one place the Memphis Mafia wouldn’t dare set foot, however: inside the studio. “When we were recording,” McCoy says, “these guys were nowhere to be seen.” That was sacred space, where Elvis was free to create and vibe off the musicians. The new box set From Elvis in Nashville takes fans where even Elvis’ inner circle couldn’t go. Over 74 tracks, the four-disc package puts you right in the studio with Elvis, guitarist James Burton, and members of the Music City studio pros casually known as the “Nashville Cats,” including Carrigan, Putnam, pianist David Briggs, and the harmonica ace McCoy.

Like previous box sets issued by RCA/Legacy Recordings — Prince From Another Planet, Elvis at Stax, and Way Down in the Jungle Room, among them — From Elvis in Nashville is a Presley fan’s dream, a collection of rip-roaring performances that could convert even the most obstinate of Elvis deniers. At four hours and 25 minutes, it is an electrifying listening experience.

The June sessions at Studio B yielded three albums: That’s the Way It Is, Elvis Country (I’m 10,000 Years Old), and Love Letters From Elvis. While those albums had their moments, they also suffered from being overly polished. At first glance, That’s the Way It Is appears to be the soundtrack to the thrilling 1970 concert film of the same name, but the LP is mostly made up of studio recordings, weighted down by added strings and horns. From Elvis in Nashville removes those distractions to focus on Elvis’s voice and the chemistry of the band.

That remixing job fell to Matt Ross-Spang, the Memphis engineer behind albums by Jason Isbell and Margo Price, who dissected each track with the compilation’s producer, Ernst Mikael Jourgensen. Ross-Spang says the process was about more than removing instruments.

“The overdubs all sounded amazing, but to take those away and just really hear what everyone’s doing, it’s so cool,” he tells Rolling Stone, citing Elvis’ version of the Hank Cochran weeper “Make the World Go Away” as a favorite. “Ernst is sitting there going, ‘You got to think this is ’70, ’71, [Elvis’] marriage with Priscilla is…struggling.’ And then you hear him sing that song and you’re like, ‘OK, I’m going to cry.’ We talk not just about the kick drum and the tapes, but we talk about where [Elvis] was mentally at that time.”

Ballads like “Make the World Go Away,” “How the Web Was Woven,” and “Twenty Days and Twenty Nights” capture this contemplative side of Elvis. He’s singing with vulnerability, baring a pained soul.

But despite the immense power of the ballads, it’s the rambunctious, country-soul jams that make this particular set so irresistible. Elvis is performing unburdened, and the band is on fire, tearing through “Got My Mojo Working,” “I Washed My Hands in Muddy Water,” and “Whole Lotta Shakin’ Goin’ On.” Elvis spontaneously swears throughout, overcome by the energy in the room. “I said you’re long, lean and lanky, sweet as she can be, motherfucker now!” he vamps in “Got My Mojo Working.” At the jam’s end, someone shouts, “Damn right!” and the boss laughs. “It’s that type of material that’s not good or bad, it’s just mediocre shit,” Elvis says of the performance. He couldn’t be more wrong.

“Patch It Up,” which lost its bite on the That’s the Way It Is album, is ferocious here, with Elvis scatting over the band’s potent mix. It “emerges as among the fiercest rockers in the Presley catalogue,” the writer David Cantwell says in the liner notes to From Elvis in Nashville. “Credit Putnam and Carrigan rolling and thundering the rhythm and Burton losing his mind on electric guitar.”

“We’re not trying to change history,” Ross-Spang says of the updated mixes, praising the original Seventies recordings by producer Felton Jarvis and engineer Al Pachucki. “But it’s amazing, with the abilities we have, to go back and showcase how invested Elvis was in the music and in the songs.”

Yet Elvis, who had just returned to the Las Vegas stage a year earlier in 1969, was also invested in putting on a show. With the Memphis Mafia lurking, he was never without an audience, and the energy in the studio was sometimes too strong to be contained. McCoy recalls how Elvis one time channeled it into a karate demonstration.

“Somebody asked him, ‘If somebody came at you with a pistol, what would you do?’ And Elvis said, ‘Well, I’d disarm him,’” McCoy says. Elvis summoned Red West to bring his pistol. Guitarist Chip Young stood nearby.

“He said, ‘Come at me, Red,’ and as he does, [Elvis] does some karate move and the pistol goes flying through the air and sticks in the back of Chip’s acoustic guitar,” McCoy says.

Elvis offered to buy him a new one, but Young declined: “I’m the only guy in the world with a guitar with a hole made by Elvis.”

“It was all night,” McCoy says of those wild, dusk-to-dawn sessions. “Elvis would sleep all day and then he came in raring to go. I walked out of the studio with just enough time to go to breakfast and go to my next session.”