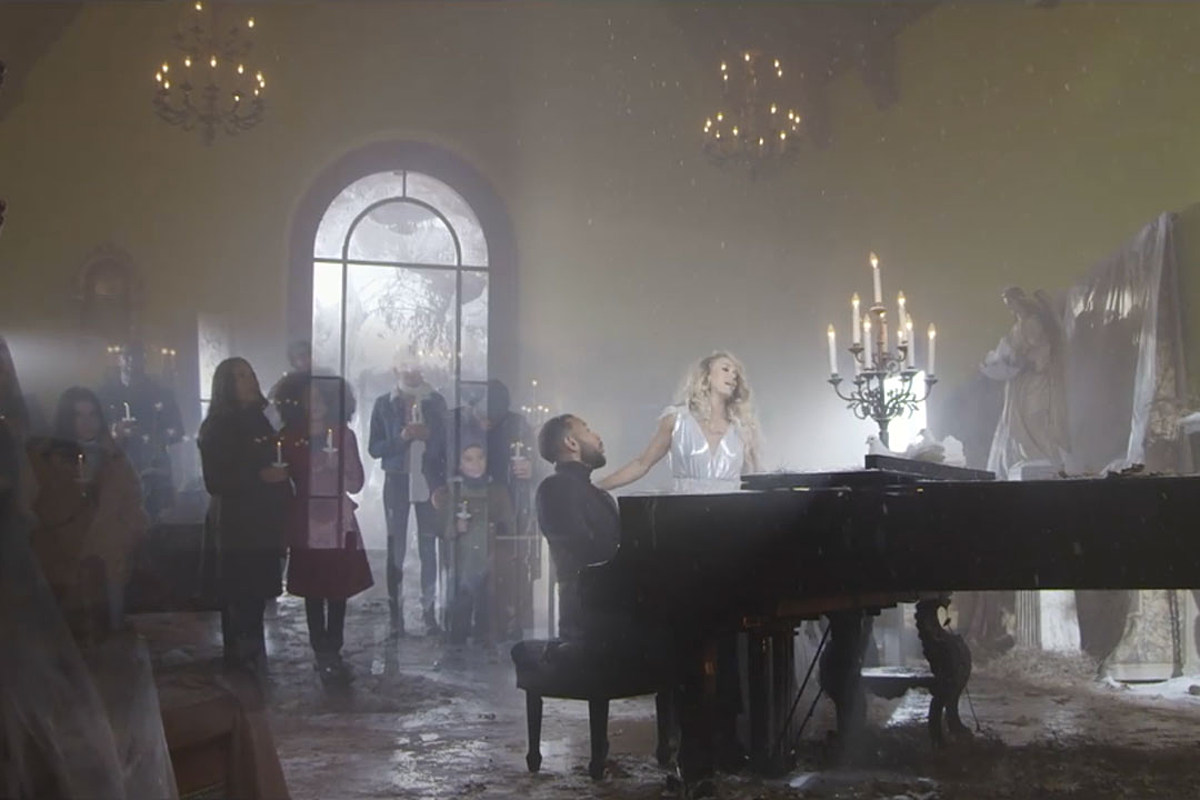 Carrie Underwood and John Legend provide solace in the video for their gorgeous duet, “Hallelujah.” The new clip finds the Grammy winners caught in a wintery blizzard, seeking sanctuary in an abandoned music hall in the middle of the forest.

Legend takes a seat at the piano where a flock of white doves — which stand as symbols of love and peace — sit atop. Underwood soon finds him, their words as warm as the fire blazing in the fireplace as they sing of holding on to hope and allowing the spirit of love and Christmas to last throughout the year.

But the singers aren’t alone for long, as a group of wanderers are drawn to the music and cozy atmosphere. They walk into the hall with lit candles that survived the storm in hand as the pair sing, “Let the world stand still / The church bells ring / Silent night as the angels sing / Hallelujah, Hallelujah / Let the magic warm the moonlit air / Hear the choirs join in singing everywhere / Hallelujah,” their voices entwining in a delicate dance that soars like an echo in the cold winter air.

The full video premiered via Facebook Watch on Thursday (Nov. 19), and it will be available via YouTube late Friday night (Nov. 20).

“Hallelujah,” which Legend co-wrote with Toby Gad, is featured on Underwood’s holiday album, My Gift. The chart-topping project features original songs “Let There Be Peace” and “Sweet Baby Jesus” alongside classics including “O Holy Night,” “Have Yourself a Merry Little Christmas” and ”Little Drummer Boy” where the superstar sings with her five-year-old son, Isaiah.

Underwood will also star in the HBO Max special My Gift: A Christmas Special From Carrie Underwood, premiering on Dec. 3. Both Legend and Isaiah are slated to appear.