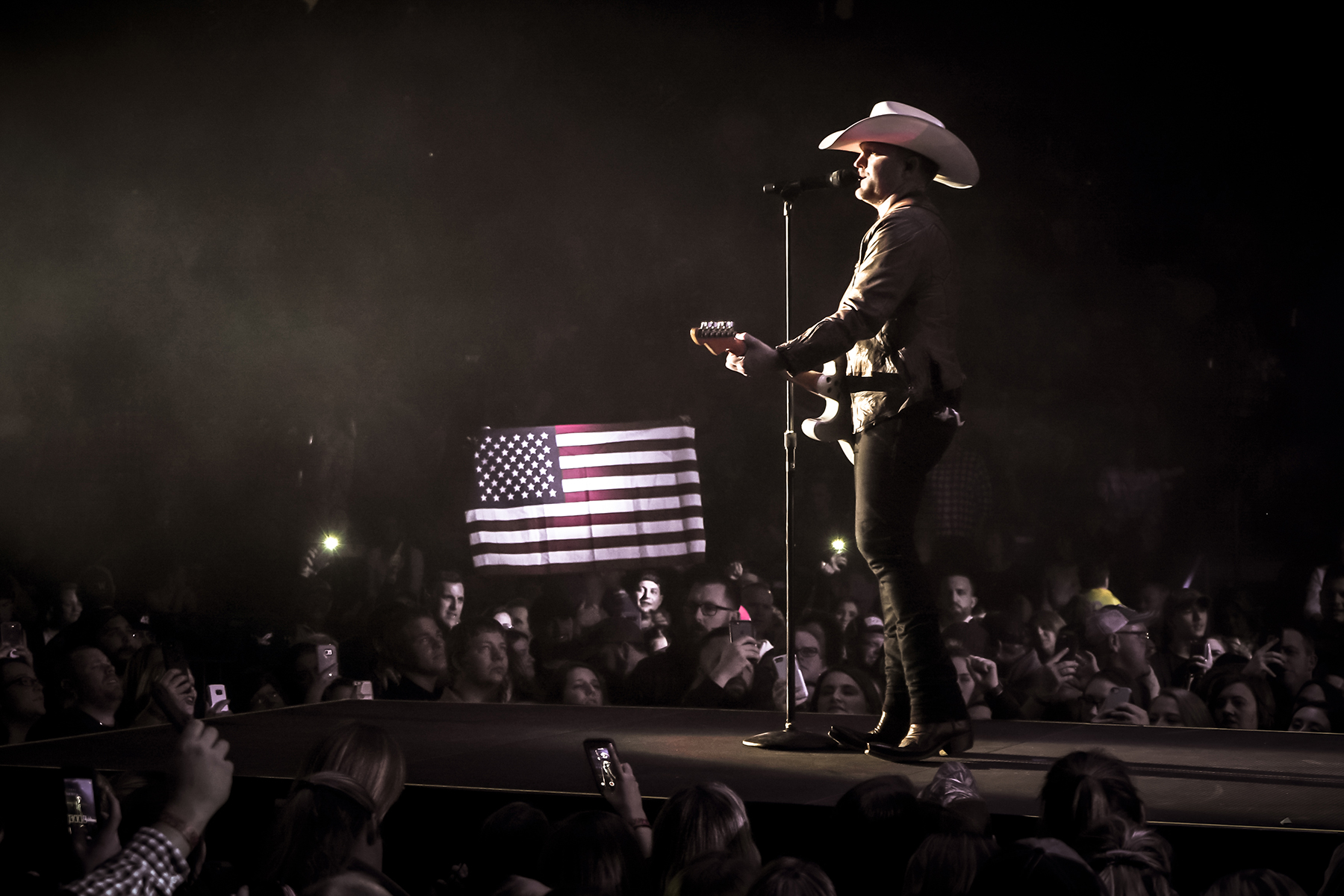 For the country singer Justin Moore, veterans are not a foreign concept. Both of the songwriter’s grandfathers served in the military (“one Air Force and one Navy,” says the singer), so when Moore was searching for songs for his 2019 album Late Nights and Longnecks, he knew he wanted to include a tribute to fallen service members. The result was “The Ones Who Didn’t Make It Back Home,” which hit Number One at country radio and has turned into an anthem of sorts for the singer.

“My goal with this song has always been that it helps anyone who can connect with it, whether they be military, first responders, teachers or nurses, that it helps them cope through the difficult times” says Moore. “Our servicemen and women make so many sacrifices so folks like you and I can do what we do for a living.”

On Thursday, Moore will discuss his relationship to veterans and how we can all support efforts to help their mental health during the latest in Rolling Stone’s Salute to Service series. During the panel, Moore will expand on the relationship he’s fostered with former armed service members throughout his career, a relationship, he tells Rolling Stone, that’s only increased since the release of “The Ones Who Didn’t Make It Back Home.” He also performs it, along with two of his other songs.

500 Greatest Albums: Taylor Swift Looks Back on Her ‘Only True Breakup Album’ ‘Red’

Robin Williams: The Triumphant Life and Painful Final Days of a Comedic Genius

“It always feels good to see people connect with the song and be able to put the spotlight on our servicemen and women who deserve it,” Moore says. “When the song first came out, it was special to go out and talk to people and hear their personal stories of how it got them through a difficult time with loved ones they’ve lost. This song has given me a lot of opportunities to connect with military members and first responders, and I’m very thankful for this platform and the impact overall. It’s been a blessing.”

Moore wrote “The Ones Who Didn’t Make It Back Home,” a ballad in the mold of his 2011 hit “If Heaven Wasn’t So Far Away,” with songwriters Paul DiGiovanni, Chase McGill, and Jeremy Stover.

To register for Rolling Stone’s Salute to Service series sign up at RollingStoneSalutetoService.com. Must be at least 21 years of age to attend.)