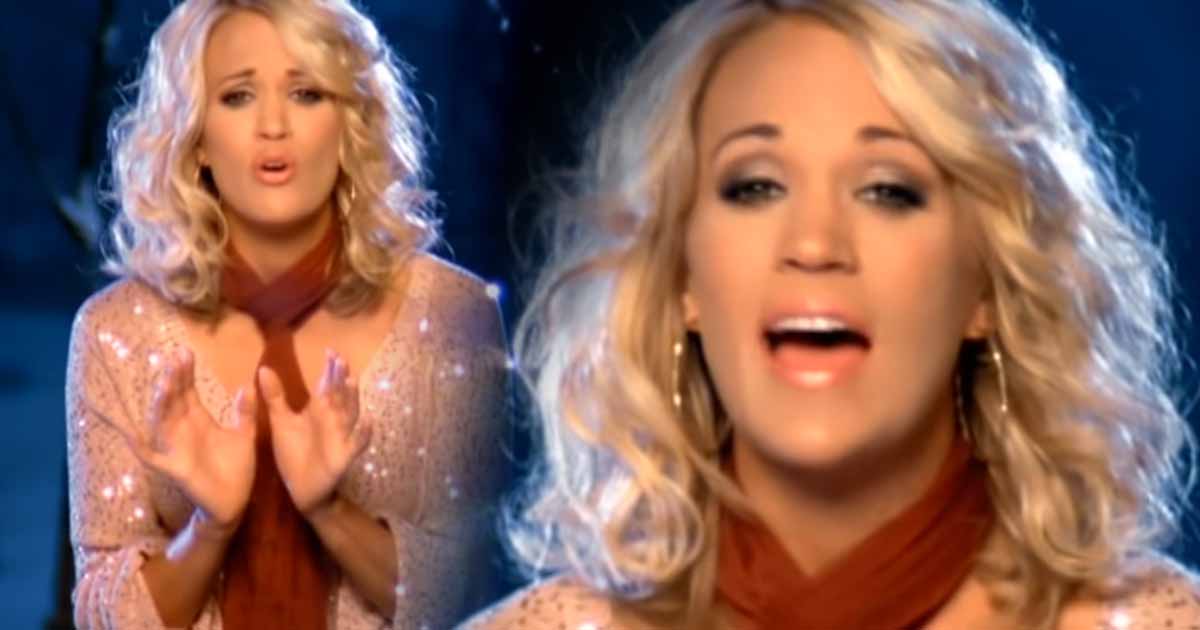 Carrie Underwood gave us a glimpse into her deep-rooted faith in her song “Temporary Home.”

It was released in 2009 as the second single from her studio album, Play On. Though it only managed to peaked at No. 41 in the U.S. Billboard Hot 100 and No. 65 in the Canadian Hot 100 charts, it reached No. 1 in the U.S. Hot Country Songs while No. 2 on Canada Country charts.

This song was also nominated for Best Female Country Vocal Performance during the 53rd Grammy Awards.

Underwood in Her Most Heartfelt and Compelling Song

Written by Carrie Underwood along with songwriters Luke Laird and Zac Maloy, “Temporary Home” tells the tale of three characters: a six-year-old boy in a foster home, a young mom on her own, and an old dying man surrounded by family members in a hospital. All of them believed that their present situations in this world are just passing through.

Carrie Underwood revealed that she got the inspiration while reading the book The Purpose Driven Life, written by Pastor Rick Warren. “It talks about how this world is temporary; it’s a temporary home, and we’re on our way to someplace else, and we need to do everything we can here now because this isn’t it. It’s not over. That is something I believe down to my core,” Underwood recalled.

So, she met with Laird and Maloy to write the song. She provided the idea as well as the title, and she had the melody. It was the very first time the three songwriters had worked together though Laird has previously co-written Underwood’s hit singles, “So Small” and “Last Name.”

Laird recalled to USA Today how Underwood had the whole thing mapped out already. “She had the title, knew basically what she wanted each verse to say,” he said. “She didn’t have anything actually written down, but that made a huge difference. Most songs, even when I’m writing with other writers, we don’t have them that mapped out, so we’re just filling in the pieces. But she really knew what she wanted to say.”

He also revealed that “Temporary Home” was very emotional for Carrie. Laird said, “If you heard our work tape, you’d know she was really in it.”

However, Laird admitted that he never had an emotional connection with the song despite drawing from his personal experiences to write the song – he had foster brothers and sisters growing up, which helped him write the first verse.

Not long after they had written the song, Laird received the bad news that his badly ill grandmother hadn’t long to go. She sadly passed away a day after Underwood cut “Temporary Home.” Yet, the song still did not hit Laird on an emotional level.

“I liked the song, but, until that moment, it was weird how it hadn’t hit me on an emotional level,” Laird said. “But Carrie really, really wanted to have this song. I just felt honored that she had this idea and wanted to write it with us.”

The song is also accompanied by a moving music video where Underwood can be seen riding around town in a taxicab. During her journey, Underwood watches a young boy meeting his new foster mom. Then there’s a mother desperately trying to get a job. In the end, she finally reaches her destination, a hospital room with an elderly man – perhaps her grandfather – lying on his deathbed.

Check it out in the video below.

Carrie Underwood is Living in a “Temporary Home” with Uncertainty

Glen Campbell on his Testimony of Faith: A Better Place

Kenny Rogers Walked Down The Memory Lane in “Twenty Years Ago”