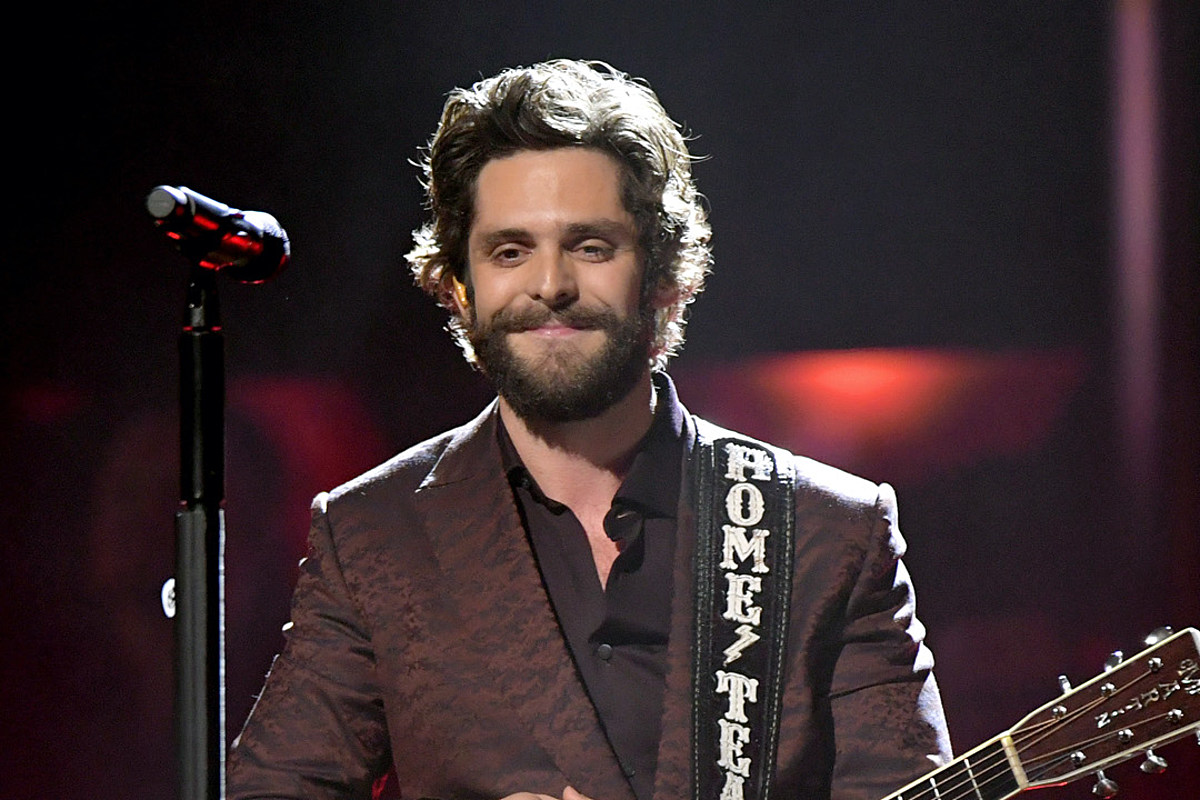 Thomas Rhett‘s “What’s Your Country Song” includes references to no less than 16 country hits: Songs by everyone from Hank Williams to Jake Owen and Ricky Skaggs to Garth Brooks create a nostalgic list of questions about a beloved’s life.

Rhett first shared a snippet of “What’s Your Country Song” via Instagram in April of 2020, while quarantining during the early weeks of the novel coronavirus pandemic. In its studio form, its gone from a slower, acoustic track to an upbeat jam, but its lyrical nods to the songs that shaped the country star remain.

Below, Rhett shares the story behind “What’s Your Country Song” in his own words.

So, I wrote this song in a hotel room in Dallas, Texas. I had a show that night, and some songwriter buddies of mine — Ashley Gorley, my dad, Rhett Akins, Parker Welling and Jesse Frasure — all came with me to write that weekend.

We were just talking about ideas for songs, and I just mentioned an idea of “What’s your country?” or “Where’s your country?” or something like that, and they were asking me where that inspiration came from. And I just noticed that — whether I was in Los Angeles or New York, or Seattle or Nashville, or anywhere in between, I just kinda noticed that everybody had some country in them, you know?

And so, we were just talking about, “How can we write this song?” and so we decided to dive in and make the whole song old country song lyrics that tie into a story. And it was really interesting how we started to progress the song. I actually threw one of my dad’s song titles in the second verse, “That Ain’t My Truck.” And so we picked a lot of songs that I felt like really shaped me as an artist and put those into the verses.

And, hopefully, when the listener is listening, they don’t hear the song titles, but it sounds more like a story. And the more they listen to the song, I hope they can kinda go through there and be like, “Oh my gosh, I love that song, I love that song,” but also, I want them make their own interpretation of the song and go, “Man, what were my songs that kind of defined my life? What songs did I hear on the radio that, when I hear them on the radio today, as a 30-year-old or 40-year-old, make me feel 17 again?”

And so that’s how that song came together.

See the Trailer for Tanya Tucker’s A Nashville Country Christmas
Dolly Parton Felt She Was ‘Betraying Somebody Else’ With Rock Hall Nomination
Dolly Parton Says Her Rock Album Is Coming Next Year: “I’m Callin’ It ‘Rock Star,’ Just For Fun”
Charles Wesley Godwin Covers The Bejeezus Out Of Kathy Mattea’s “Eighteen Wheels & A Dozen Roses”
Ever More Nest Strive Toward a New Start in ‘Happy New Year’