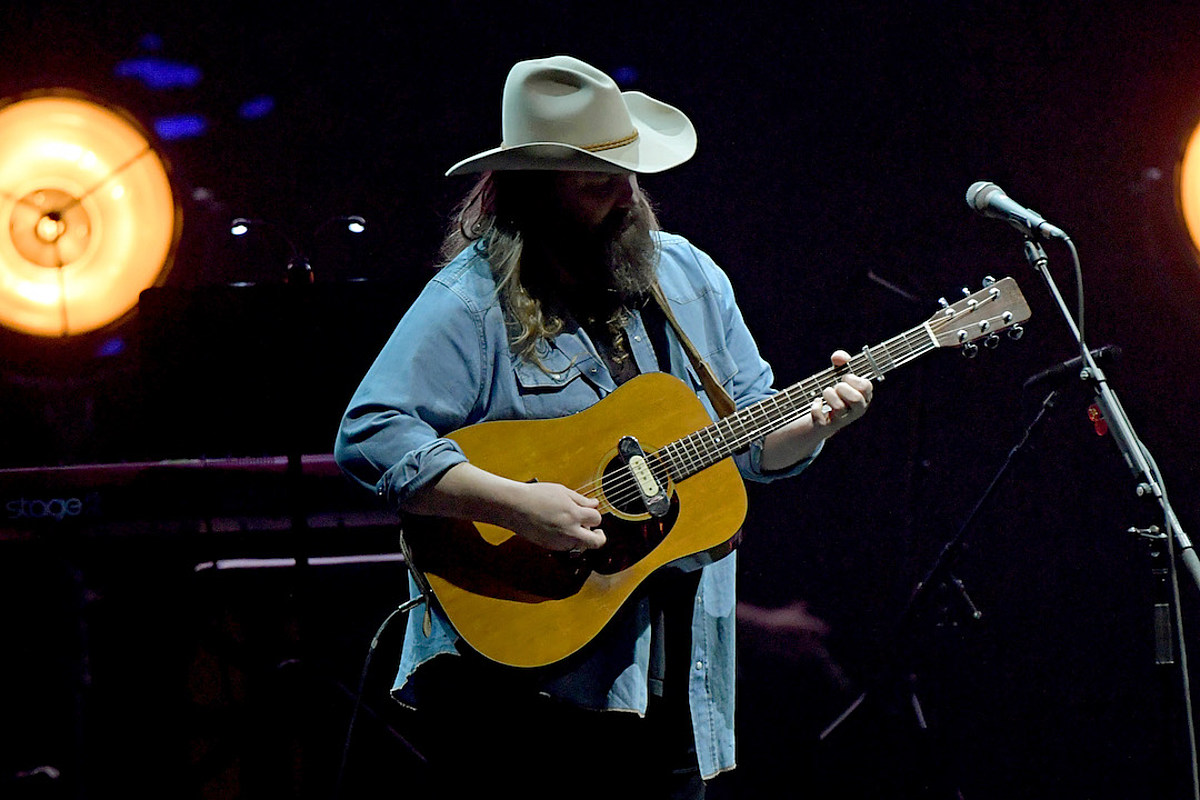 In September, Chris Stapleton voiced his support for the Blacks Live Matter movement during an interview on CBS This Morning, explaining that as long-standing racial tensions were coming to the surface in 2020, he felt it was his job, as a white man, to pay attention to the experiences of others.

“Do I think Black lives matter? Absolutely … I don’t know how you could think they don’t,” Stapleton said at the time. ”…There’s a very broad awakening that I guess has come about, and it’s time for me to listen. And it’s time for other folks to listen.”

He was speaking about the protests and marches that ramped up across the country during the summer, sparked in part by the late-May death of George Floyd, a Black man in Minneapolis, at the hands of white police officers. Several similar deaths and shootings were in the headlines in the following months, too.

Stapleton says that, particularly during the novel coronavirus quarantine, he’s found the year to be one of reflection, which has caused him to consider the state of systemic racism in America in a way he hadn’t before: “You know, I thought we were living in a different country. And that’s 100-percent real,” the singer admits. “I feel like the country that I thought that we were living in was a myth.”

Many fellow singers, including Jason Isbell, applauded Stapleton’s forthrightness. Several artists have made similar statements this year: For example, Tyler Childers, Stapleton’s fellow Kentuckian, addressed racism in a surprise-released album in mid-September, including a statement in support of the protests and BLM to go along with his collection of mostly instrumental fiddle music.

Of course, in such a politically contentious time, Stapleton’s views were met with some backlash, too: Various social media users vowed to “stop listening to any product you put out,” recounted that they had “literally threw his [CDs] out of my window while driving today” and even declared Stapleton’s career “dead” (and, “sorry about your soul,” added one Twitter user).

In a recent interview with the Los Angeles Times about his just-released studio album, Starting Over, Stapleton confesses that he’s not immune to feeling hurt by those comments. “I don’t have any regrets about saying anything that I said. But I’m a human being,” the singer points out. “It hurts if somebody wants me to go to hell.”

Still, the singer adds, he thinks it’s important not to put too much stock in words lobbed at him on Twitter.

“I think it’s important that we live in reality and not in that social-media space, where the most hateful voices get the loudest megaphone,” Stapleton muses, adding that at the heart of the issue, he’s got sympathy for those users’ anger and lack of perspective.

“I feel sorry for people that think anything I said was offensive. I’m sorry they lack the capacity to approach things as human beings,” he adds.

These Country Songs Were Born From World Tragedy: