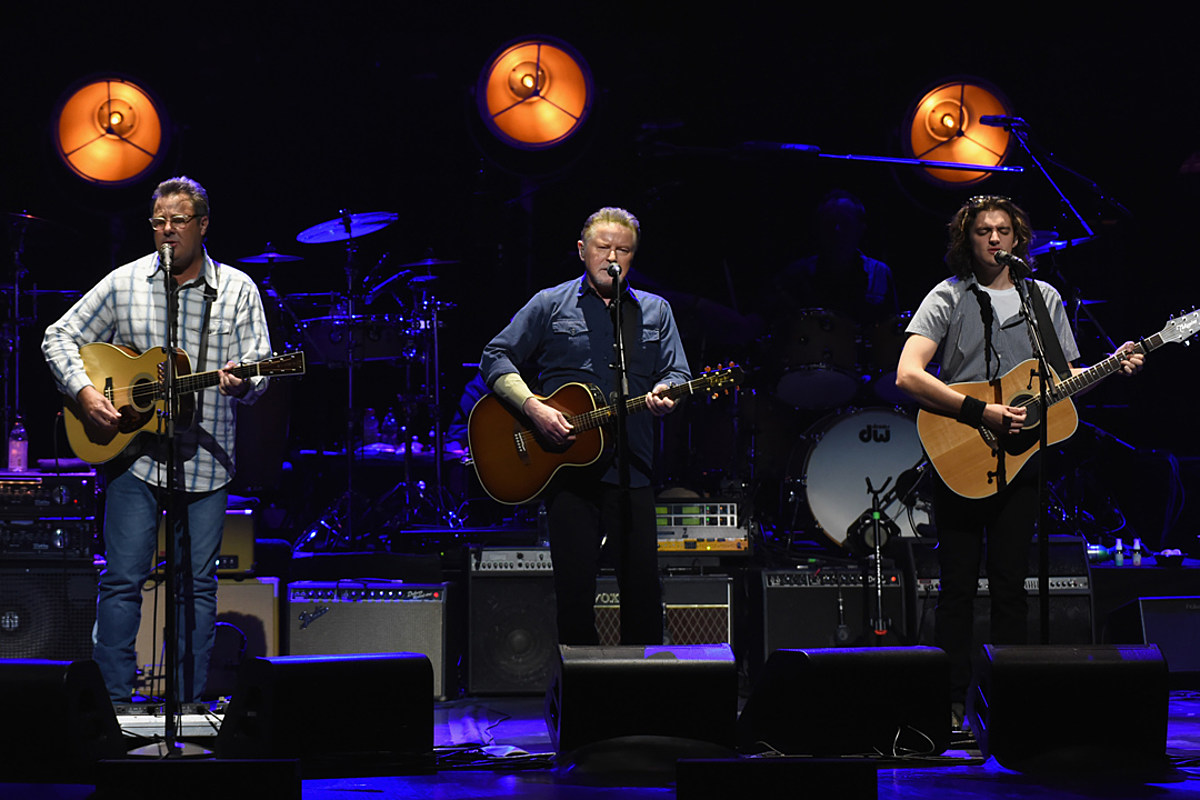 Vince Gill gets the chance to show off exactly what he brings to the table as a member of the Eagles in a killer version of “Seven Bridges Road” from the iconic group’s new live album.

Gill joins classic-era members Don Henley, Timothy B. Schmit and Joe Walsh, along with Glenn Frey‘s son Deacon and guitarist Steuart Smith, for a hot new live take on the song that appears on the Eagles’ new Live From the Forum MMXVIII.

His voice fits perfectly into the tight group harmonies that have always been the signature of the song, which has been a highlight in the Eagles’ live shows since the group’s earliest days.

But Gill and Smith’s precise, energetic bluegrass inflections give the acoustic guitar parts considerably more pep than the classic version that derived from 1980’s Eagles Live — especially in the incendiary trade-off solos they add to the song’s middle section in the clip below.

Gill surprised everyone when he joined the Eagles in 2017. He made his concert debut with the Rock and Roll Hall of Famers on July 15, 2017, in a new lineup that included Deacon Frey. Gill and the younger Frey took the stage at Classic West at Dodger Stadium in Los Angeles with Henley, Schmit and Walsh for the Eagles’ first-ever concert without Glenn Frey, who died on Jan. 18, 2016, at the age of 67 after suffering complications of rheumatoid arthritis, acute ulcerative colitis and pneumonia.

Gill and Frey have toured with the Eagles ever since, and both musicians make their recorded debuts with the band on the new live package, which dropped on Oct. 16. The 26 live tracks draw from three shows the Eagles played at the Forum in Los Angeles in September of 2018. Highlights of the tracklisting include Deacon Frey taking over lead vocals on “Take It Easy,” as well as Gill singing “Lyin’ Eyes” and “Take It to the Limit.”

Gill admitted that his time with the Eagles is bittersweet during an interview with Taste of Country in 2017.

“Just gratitude that I was the guy they decided would work,” he replied when asked about his takeaway from his participation in the group. “Just that. Because Glenn was a great friend, and in my heart of hearts I wish I wasn’t doing it. That would mean Glenn would still be around, but life is what it is and you just go do what you can do because of what happens. Those songs deserve to live on as long as they can.”

See Photos From the Eagles’ First Gigs Without Glenn Frey: