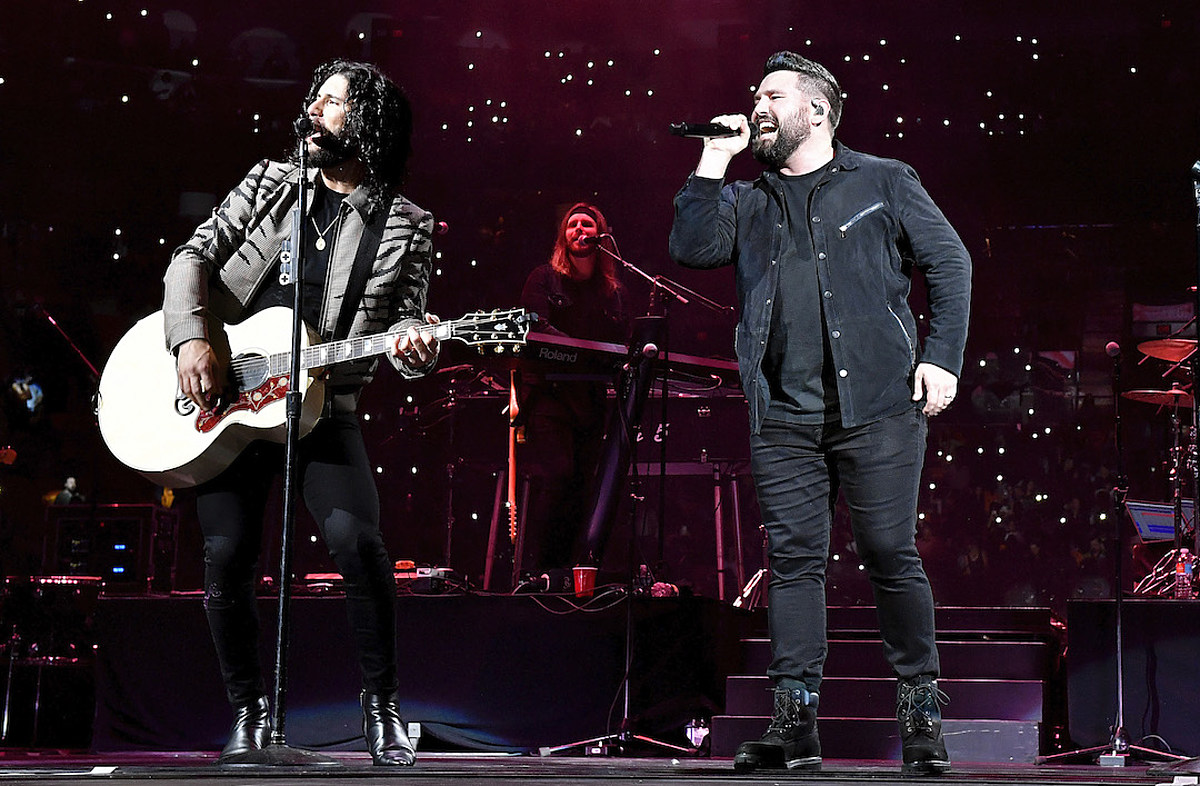 Dan + Shay, Florida Georgia Line, Little Big Town, Kelsea Ballerini and Tim McGraw will all perform on this year’s CMA Country Christmas television special, the Country Music Association announced on Monday (Nov. 16). Thomas Rhett, who will be hosting the show with his wife, Lauren Akins, is also planning to sing during the holiday event.

Darius Rucker, too, will take the stage, for a duet performance with violinist and singer-songwriter Lindsey Stirling, who has appeared during multiple CMA Country Christmas events. Lady A are also a performing act, and the trio says they can’t wait until the holiday season is in full swing.

“It can’t get here fast enough,” Scott says of Christmas, especially since 2020 has been such a difficult year. “But at the same time, I want it to last forever, because it’s the most enjoyable part of the year.”

Though all three bandmates are seasoned CMA Country Christmas performers, there will be some major differences from the times that Lady A have performed on the holiday special in the past. “Obviously, not having a live audience, and all the precautions everyone’s taking to make sure we’re all safe,” Scott notes, but she also points out that Rhett and Akins’ appearance as hosts will lend something special to 2020.

“It’s gonna have a family vibe,” she says. “I feel like the holidays are always so much about family. Having the two of them hosting the night will just be really special.”

Another newly announced participant, Gabby Barrett, says it might be her first time performing on the show, but it’s certainly not her first CMA Country Christmas experience. ”I’ve watched it the past couple of years, so now to be flip-flopped … to be the person performing it on television, it’s really exciting,” the singer says of her former role as a fan of the show.

While the performances were taped ahead of time, when it wasn’t quite the holiday season yet, Barrett admits there’s one trigger for her in the grocery store that always gets her feeling festive: eggnog.

“When you see the eggnog all stacked up …,” she reflects. “I don’t like it, sadly. My husband loves it. I remember not liking it, even at a young age.”

The 11th annual CMA Country Christmas will air on Nov. 30. This year, executive producer Robert Deaton explains, the show will have a throwback feel.

“The idea for this year’s show was to do a throwback of the great Christmas specials of the 1960s and 1970s,” Deaton clarifies. “Andy Williams, Perry Como, Bing Crosby, Judy Garland, Frank Sinatra all had classic Christmas specials where the viewer was invited into the homes of the host to celebrate the holiday like a best friend coming to visit. That was what we wanted to create for this year’s show. Instead of a big flashy production, we took a page from those iconic specials to say, ‘Come relax, and let’s celebrate the holidays together.’”

Zach Bryan, LeAnn Rimes + More Set for Under The Big Sky Festival
Brit Taylor + Mike and the Moonpies Share ‘Lonely on Christmas’
Johnny Cash’s ‘At San Quentin’ Tracks, Ranked
Adele Says She “Adores” Shania Twain And Would’ve “Self-Combusted” Had She Noticed Her In The Crowd During Recent Performance
Meet the Texas Weirdo Mixing Kraftwerk with Doug Sahm to Create ‘Kraut-Country’