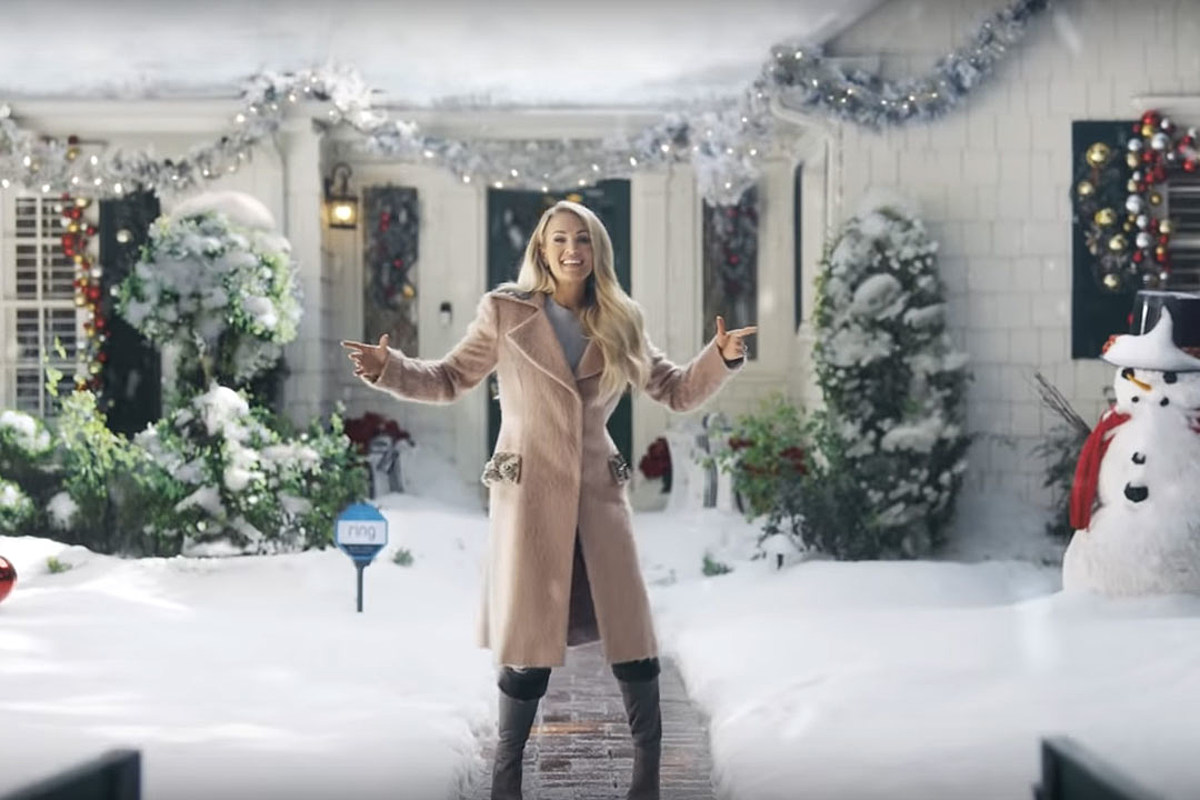 Carrie Underwood is decking the halls with Christmas cheer — and her stunning voice — with her new original tune, “My Favorite Time of Year.”

Available exclusively through Amazon Music as part of Underwood’s new holiday album, My Gift, “My Favorite Time of Year” brings a jovial spirit while painting a Christmas scene complete with tinsel, lights, stockings and an angel on the tree in listeners’ minds. There’s a sparkling melody to match, too.

“Pretty little wishes tied up in a bow / And every little kiss is like we’re underneath the mistletoe / It’s music to my ears / Christmas is my favorite time of year,” Underwood sings jubilantly.

The song is featured in a new ad for Ring home security. Underwood steps into a snow-covered scene, delivering gifts to an elaborately decorated home, people watching on their phones as she serenades them from the front steps. A young girl throws a snowball at the camera, the postman dances and snaps along, and carolers deliver a performance at the doorstep.

“”Favorite Time of Year” is a joyful, super-happy and fun Christmas song because it is about all of the things that make you happy this time of year, and it puts you in the mood to celebrate,” Underwood professes about the song, which she co-wrote with Hillary Lindsey and Chris DeStefano. “I can’t help but smile when I sing it, it just brightens my day.”

Underwood is also partnering with Amazon’s Delivering Smiles campaign, through which the warehouse giant donates money and products to Monroe Carell Jr. Children’s Hospital in Nashville.

My Gift topped the Billboard Top Country Albums, Top Holiday Albums and Top Christian Albums chart following its September release, making it Underwood’s eighth consecutive album to debut at No. 1 on the Top Country Albums chart. The project will also be accompanied by a TV special on HBO Max, due to air in late 2020.