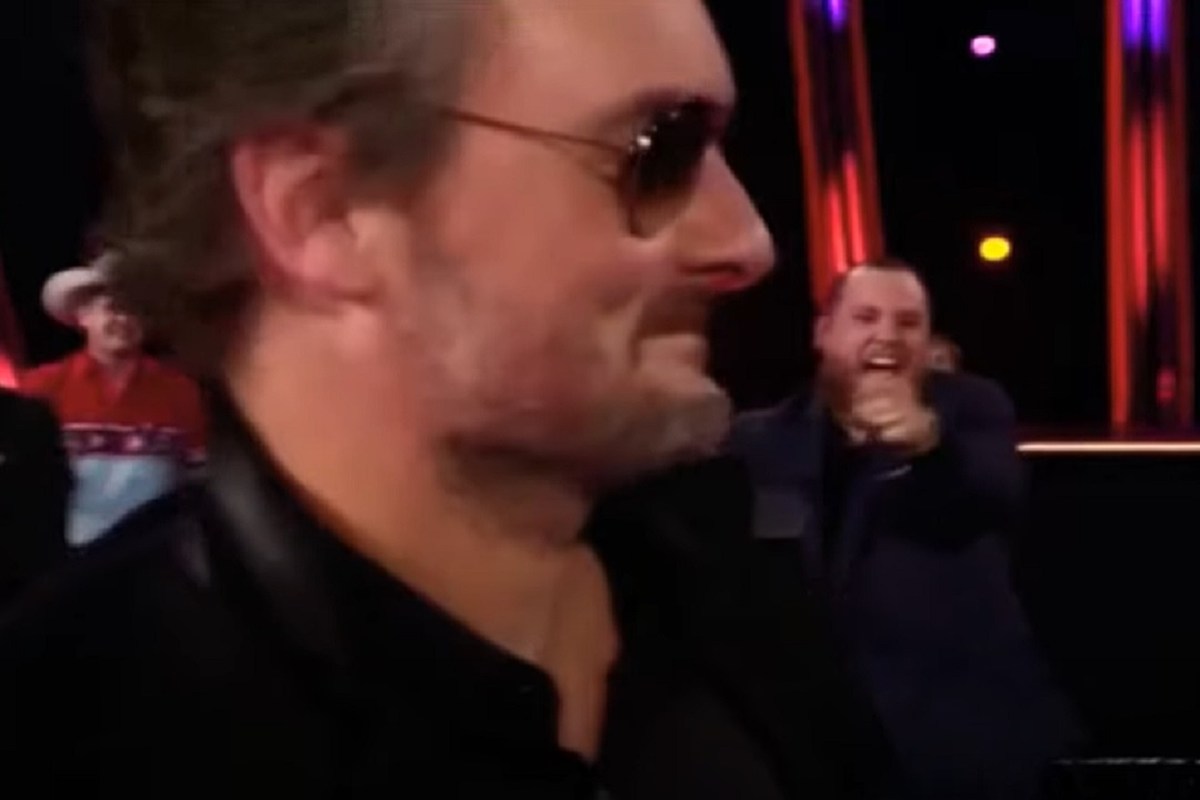 Luke Combs earned his first CMA Entertainer of the Year nomination in 2020, but he didn’t look too bummed to lose out on the trophy on Wednesday night (Nov. 11). In fact, when Eric Church took home the award, Combs was downright pumped.

As Church was announced as the winner of the CMA Awards’ highest honor, Combs could be seen heartily applauding, and standing up from his seat to celebrate. The two were seated at the same table at the show, and the camera also caught Combs throwing his fellow artist an animated “Yeah!” and a finger-point of acknowledgement as Church walked onstage.

It was a moment worthy of such celebration: His win on Wednesday night was Church’s first ever for CMA Entertainer of the Year. He’d been nominated for the award three previous times.

Combs and Church, both North Carolina natives, are collaborators on Combs’ song “Does to Me,” a single from Combs’ CMA Album of the Year-winning sophomore album, What You See Is What You Get. The two both attended Appalachian State University, a few years apart, and when Combs saw Church play a gig at his alma mater while he himself was still in school, it helped him decide to try to make a career out of music.

“When I decided to pick the guitar up, I just said, ‘You know what, if this guy went to college here, and he can be onstage at the CMAs, winning CMA Awards and getting No. 1 songs, I don’t see why I can’t do it.’ He really inspired me to have a tunnel vision-like approach to what I want to do,” Combs shared at the 2018 CMA Awards, after winning New Artist of the Year. ”I’m very lucky to have run into his music, because I really don’t think I would be here without it.”

Backstage at the 2020 CMA Awards, Church echoed some of the thoughts that he brought up in his acceptance speech: “It’s been a year, to me, of losses. It’s been a year of managing those losses,” he reflected. ”So it was really hard for me to accept this award, which I have wanted forever … The hardest thing was to stand there in 2020 and understand that you win that award, but this year is more about what the losses are.”