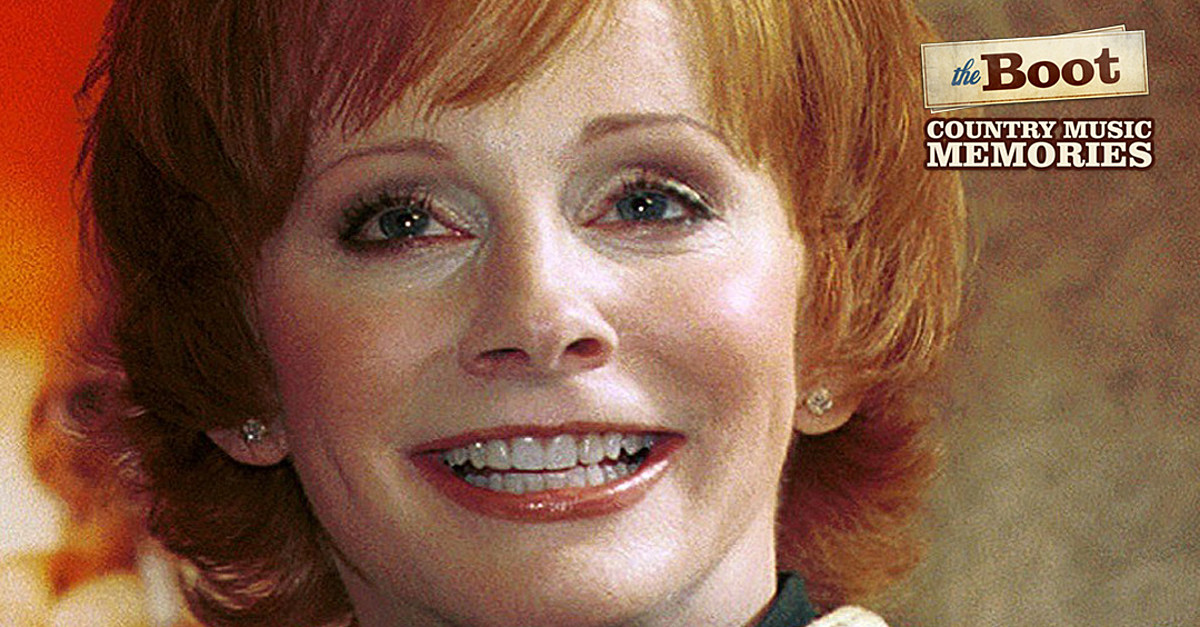 Forty-five years ago today, on Nov. 11, 1975, Reba McEntire‘s career as a country music singer officially began: It was on that date that the then-20-year-old signed her first recording contract, with Mercury Records.

McEntire was already singing in a group, the Singing McEntires, with her brother Pake and sister Susie at the time she signed her first record deal. The Singing McEntires performed at rodeos and recorded and released one single, “The Ballad of John McEntire,” together — but the future country legend, who was also a successful barrel racer, wasn’t sure that she wanted to pursue music full time, so she enrolled in Southeastern Oklahoma State University, with plans to be an elementary school teacher, like her mother.

While still enrolled in college, McEntire was invited to perform the National Anthem at the National Finals Rodeo in Oklahoma City, Okla. Country singer Red Stegall was in attendance and, impressed by what he heard, offered to help the young singer secure a recording contract. McEntire recorded a demo tape while on Spring Break in 1975, and Stegall took it to several labels in Nashville.

After officially signing with Mercury, McEntire made her first recording on Jan. 22, 1976, when she recorded “I Don’t Want to Be a One-Night Stand.” That song became McEntire’s first single, from her self-titled debut album, which was released in August of 1977. Although two other singles from the album, “There’s Nothing Like the Love (Between a Woman and a Man)” and “Glad I Waited Just for You,” were released, the record failed to produce any hits.

However, Mercury Records saw something in McEntire and released the young star’s sophomore album, Out of a Dream. That record produced her first Top 30 single, “Last Night, Ev’ry Night,” and her first Top 20 single, “Sweet Dreams.”

McEntire released six albums on Mercury Records before switching to MCA, on which she released 18 more albums. In 2009 and 2010, she released albums with Valory Music Group, and in 2014, McEntire signed with Nash Icon. To date, the country icon has sold more than 85 million albums and remains one of the best-selling female artists of all time.

PICTURES: Reba McEntire Through the Years