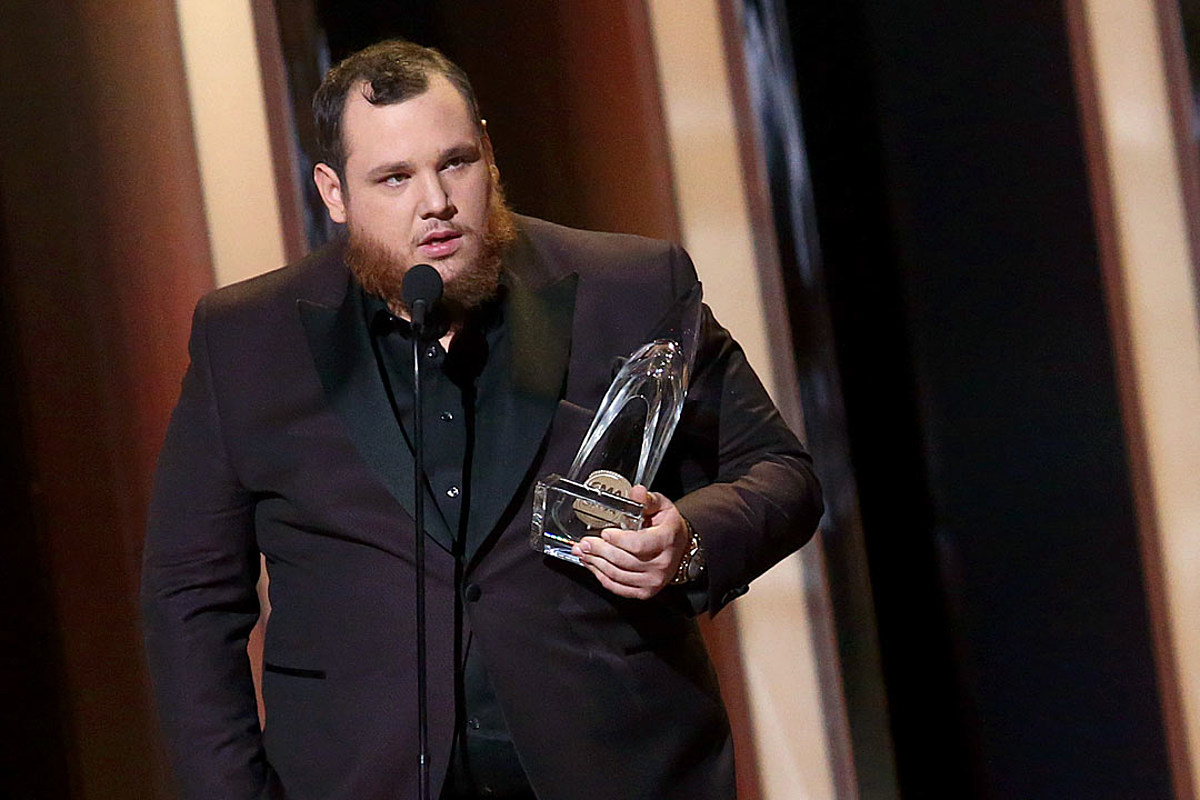 Luke Combs allowed himself a moment to think about what it’d be like if he wins Entertainer of the Year at the 2020 CMA Awards on Wednesday night (Nov. 11): Fans might see tears!

On one hand, it’s not surprising that the man who wrote songs including “Beautiful Crazy” and “Better Together” is emotional, but on the other hand, the North Carolina native is equally known for shotgunning beers, a love of turkey hunting, camo clothes and rowdy, ’90s-inspired country music. He’s a guy’s guy, but with a soft side.

Prior to the CMAs, Combs said he’ll likely thank his wife first if he wins Entertainer of the Year. After that, he’ll thank his parents and team, and it all might make him emotional.

“Probably — I mean, I don’t know what kind of shot we have of winning or not,” Combs says. “It’s just cool to be nominated for the first time and nominated against some people that I really look up to and consider a heck of a lot more talented than I am.”

Carrie Underwood, Miranda Lambert, Eric Church and Keith Urban are the other nominees in the Entertainer of the Year category. All but Underwood will also perform during the ABC telecast (8PM ET), with Combs singing his song “Cold as You” instead of his piano ballad “Better Together,” which is currently a Top 20 on the Billboard Country Airplay chart.

Actually, Combs has three songs on that chart, including his latest No. 1 hit, “Lovin’ on You,” and last week’s Billboard Hot Country Song No. 1, “Forever After All,” a song couples have been using in videos to show love for one another. One particular video seen on Combs’ TikTok page stands out. Watch as a grandfather witnesses his granddaughter get proposed to. It’s simply too sweet to ignore:

“I think that’s the coolest thing as an artist that you can accomplish, is hearing the stories or watching the moments that fans have with your songs,” Combs says, adding that his social media manager, Clinton, brought the video to his attention.

“It is special when you get to do that because it is less frequent than [before]. When you see a video like that or you have a moment like that with a fan, you know it means a lot to them and it always means a lot to me,” he says. “I’m thankful for those moments.”

Jaimee Harris’ ‘Love is Gonna Come Again is a Message of Hope
Most Wanted Music: 2023’s Country and Americana Album Releases
Liverpool Meets Nashville: How the Beatles Proved Country Fandom
Morgan Wallen Will Take 2023 ‘One Night at a Time’ on a Massive World Tour
Crisis of Faith: New Johnny Cash Movie Doesn’t Know If It’s a Documentary or a Sermon