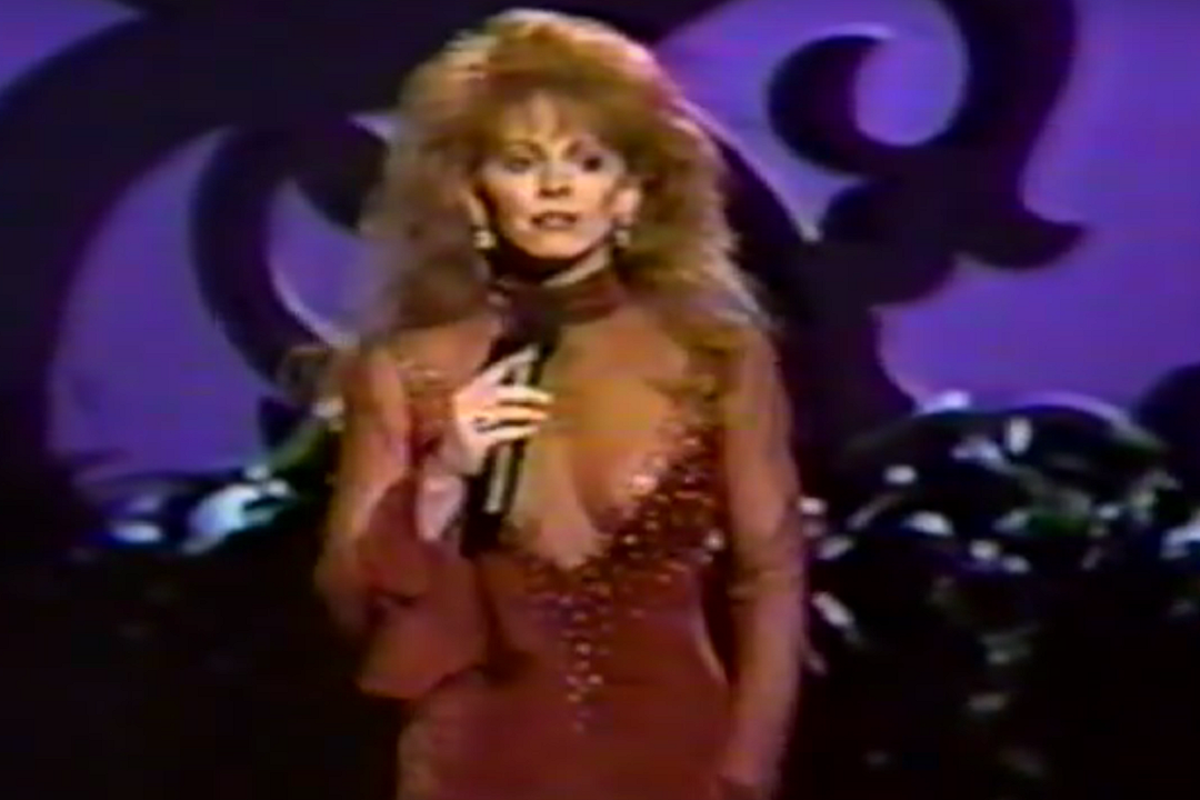 In 1993, Reba McEntire shocked the CMA Awards audience when she stepped onstage to perform. The country icon was wearing a long red-velvet gown with a (to put it mildly) plunging neckline, accentuated by some well-placed sparkles — an outfit that, nearly 30 years later, is still talked about often as part of CMA Awards history.

“It was very revealing, and I didn’t know that! I had only had two fittings with [designer] Sandy Spika — one was at our office, and I said, ‘I think you need to fill some more stuff in!’” McEntire recalls to People. “When I put it on in the dressing room at the Grand Ole Opry for the show, I thought, ‘Maybe it’s just the lighting in here.’ And when I walked out on the stage, I heard the audience go ‘Oooooh!’ And I thought, ‘Dang, I look good!’”

McEntire wore that dress to perform “Does He Love You,” her duet with Linda Davis; as Vince Gill, who was hosting that year’s awards show, recalls “everybody gasped!”

“I mean, Reba is a beautiful woman, but she’s like your sis! She is to me,” adds Gill. “But what’s great about that moment was that it was unexpected out of Reba.”

McEntire has often mentioned that her father teased her about the dress after the show, asking if she’d accidentally worn it backwards, but she admits that the daring fashion choice had its benefits.

“I didn’t win an award,” McEntire jokes, “but I did make the front page of the paper the next day!”

In 2018, while she was hosting the ACM Awards, McEntire brought the dress out of her closet: She donned the outfit for a performance of her 1993 hit, “Does He Love You,” originally performed with Linda Davis but turned into a duet with Kelly Clarkson.

The 2020 CMA Awards are scheduled for Wednesday (Nov. 11) and will air live on ABC beginning at 8PM CT. The show will take place at Nashville’s Music City Center, not at its Bridgestone Arena as usual, due to the novel coronavirus pandemic. Fans will not be allowed to attend, but the show’s nominees, performers and presenters have all been asked to come in person. McEntire will be co-hosting the show with Darius Rucker.

‘The Voice’: Brayden Lape Delivers Smooth Rendition of Kane Brown
Lainey Wilson Surprises Fans with New Song in Latest Episode of Y
Jake Flint’s Wife Speaks Out After His Unexpected Death at 37
The Milk Carton Kids Announce New Album, Share ‘When You’re Gone’
Country Music Memories: ‘Nothing on But the Radio’ Goes to No. 1