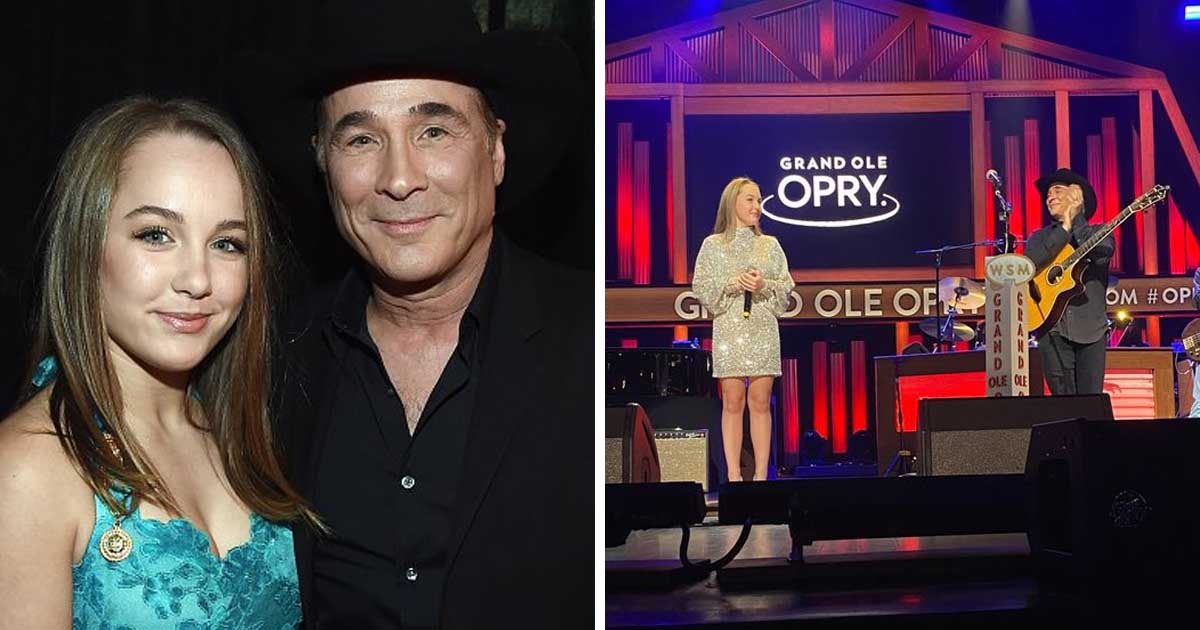 Lisa Hartman and Clint Black’s daughter, Lily finally made her Grand Ole Opry debut appearance singing her own rendition of Carrie Underwood’s “Temporary House.” Clint Black was in full support of his daughter as he played the guitar and did a heartfelt introduction of his beloved daughter.

Clint Black was excited to introduce his special guest during his Grand Ole Opry performance on October 31. It was a perfect time for Lily to appear on the Opry stage as it also marked the Opry’s 95th anniversary. Grand Ole Opry member Steve Wariner also shared the stage with Black.

Clint Black could arguably spend the most time at home than at any other time in his life. However, for Black and his family, this has been the first time that they were complete. Lily had to leave home for college but it was soon cut short when everything shifted online.

Clint and Lisa Hartman Black have been making hit duets over the years. “When I Said I Do” was out in the market, it has always been argued on country music forums to be amongst the greatest country duets of all time. Two years after it was released, their daughter was born.

For the power couple, it was a long journey from their marriage until Lily was born. It took them 10 years before they’re finally blessed with a child. “It was never in their plans,” Lisa Hartman said, but when the time came that they wanted to have kids of their own, it was difficult to have one immediately.

The birth of Clint’s Black’s daughter inspired him to write and release the single, “Little Pearl and Lily’s Lullaby.”

Now 19 years old, Lily is shaping up to be a country singer in her own right as well. Showing in different public appearances and debuts with her father, she is definitely slowly making her presence felt in the world of country music.

As great as showbiz personalities that Clint Black and Lisa Hartman have become, Lily has definitely become a talented young woman in her own right. Now taking up business and music at Belmont University in Nashville, Clint Black could not be more proud of his daughter. He knows that his daughter now entering the music scene will be a business path that’s totally her choice and own doing.