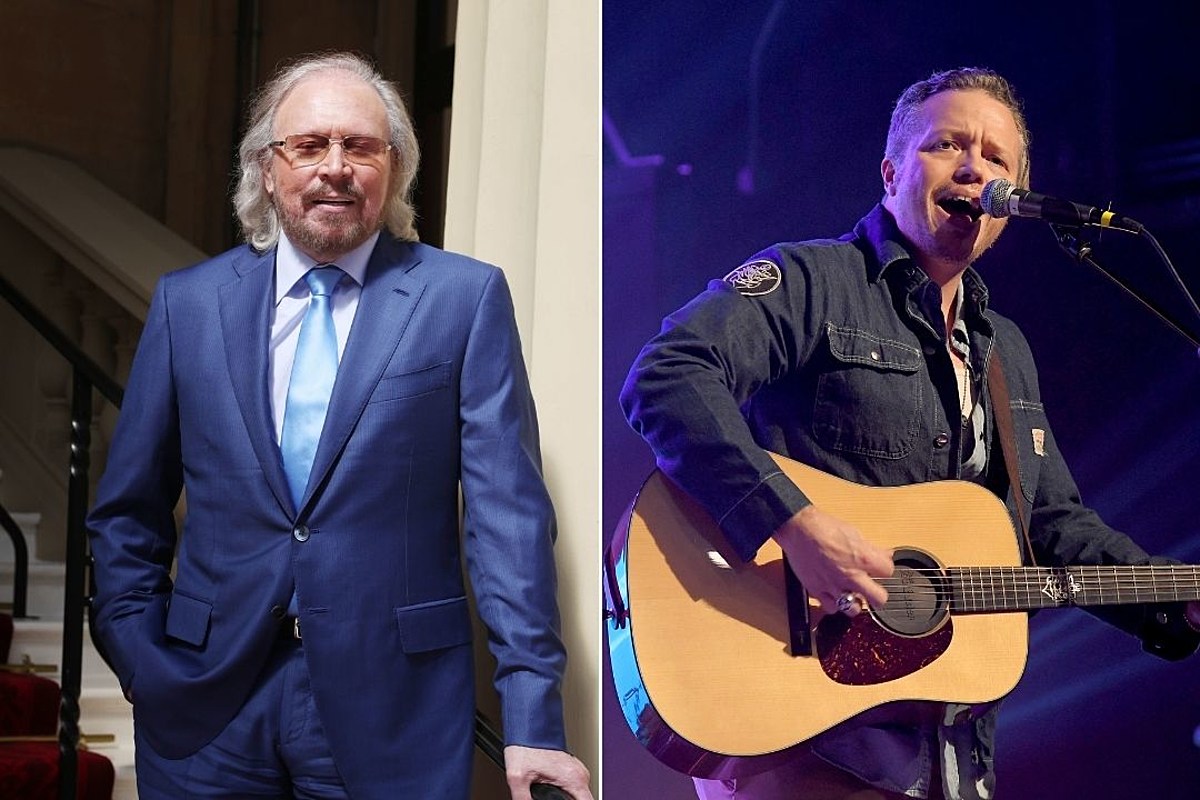 An unreleased Barry Gibb solo song from the 1980s is getting a new lease on life as a Jason Isbell duet. The Bee Gees member and the Americana star teamed up for a new rendition of Gibb’s “Words of a Fool,” released on Friday (Nov. 6).

“Words of a Fool” is originally from a 1986 self-titled solo album from Gibb, per Rolling Stone, that the artist never released. In this new version, Isbell leads the first verse, while Gibb takes the second, both singing utterly heartbroken lyrics about love lost.

“Now wisdom is fine / But the heart leads the way / And nothing can change my memory / Like a wise man, I patiently wait,” Gibb and Isbell sing in harmony in the chorus. “No matter how long / Human nature is cruel / But all hope is gone / If you don’t act on / The words of a fool.”

“Barry Gibb is one of the greatest songwriters and singers in popular music history, and I’m happy to say he still has that beautiful voice and that magical sense of melody,” says Isbell in a press release. “Working with him on this project has been one of the great honors of my career. He’s a prince.”

“Words of a Fool” is the second of 12 collaborations featured on Greenfields: The Gibb Brothers Songbook, Vol. 1, an album full of collaborations with country, Americana and bluegrass stars. In addition to Isbell, Alison Krauss, Brandi Carlile, Dolly Parton, Keith Urban, Little Big Town, Miranda Lambert and more join Gibb on songs penned by brothers Barry, Maurice and Robin Gibb, together known as the Bee Gees.

The last living Gibb brother, Barry Gibb is a lifelong fan of country music and its sub-genres. ”From the first day we stepped into RCA Studios in Nashville (the very place where Elvis, Willie, Waylon, Roy, the Everly Brothers and so many other legends made their magic), the album took on a life of its own,” Gibb says in a press release.

“[These artists] were all incredibly generous with their time and talent. They inspired me more than words can express,” Gibb continues. “I feel deep down that Maurice and Robin would have loved this album for different reasons. I wish we could have all been together to do it … but I think we were.”

Singer, songwriter and producer Gibb teamed up with Grammy-winning producer Dave Cobb — who calls Gibb “one of my heroes” — for the new project. Adds the producer, “The Bee Gees’ first album has always been a staple for me, and it was surreal to get to witness the genius of Barry Gibb in the studio — he’s one of the greatest of all time!”

Greenfields: The Gibb Brothers Songbook, Vol. 1 is due out on Jan. 8.

1. “I’ve Gotta Get a Message to You” with Keith Urban
2. “Words of a Fool” with Jason Isbell
3. “Run to Me” with Brandi Carlile
4. “Too Much Heaven” with Alison Krauss
5. “Lonely Days” with Little Big Town
6. “Words” with Dolly Parton
7. “Jive Talkin’” with Miranda Lambert and Jay Buchanan
8. “How Deep Is Your Love” with Tommy Emmanuel and Little Big Town
9. “How Can You Mend a Broken Heart” with Sheryl Crow
10. “To Love Somebody” with Jay Buchanan
11. “Rest Your Love on Me” with Olivia Newton-John
12. “Butterfly” with Gillian Welch and David Rawlings

50 Country Albums Everyone Must Hear Before They Die: