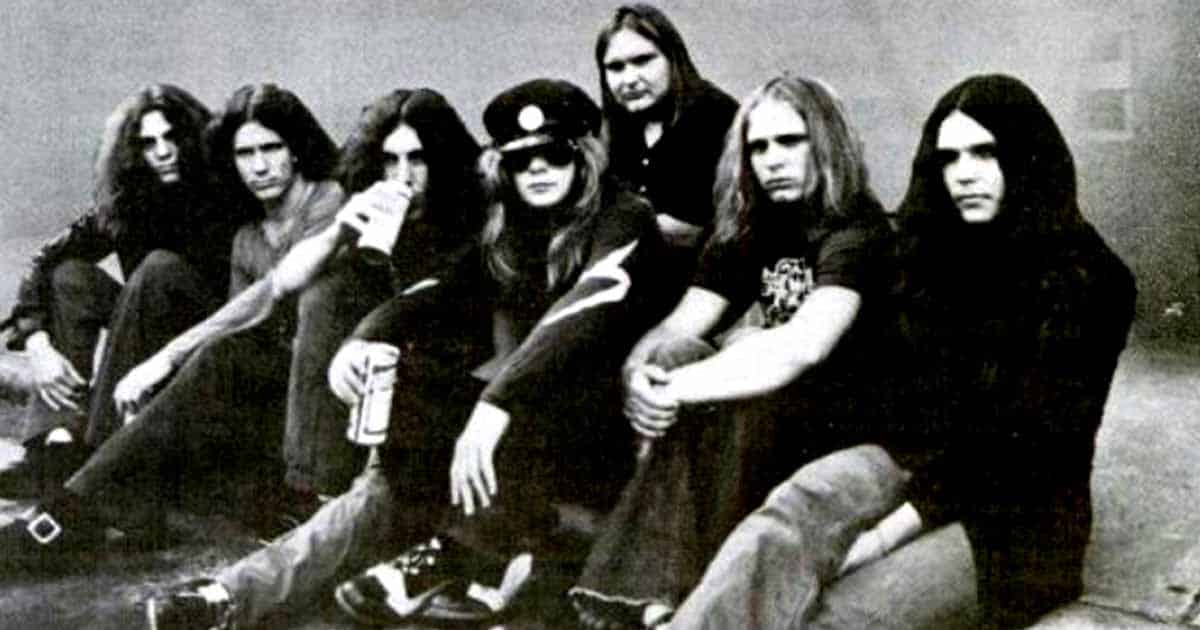 No matter where you come from, there’s a great chance you know the song “Sweet Home Alabama.” Perhaps, its lyrics are already burned into your brain, and you have a hard time resisting the urge to dance everytime the main guitar riff begins.

The song first appeared in 1974 on Lynyrd Skynyrd’s second album, Second Helping. It reached No. 8 on the US chart and was the band’s second hit single.

But did you know the true meaning behind this Southern anthem’s words?

A Song Made To Dispel Some Stereotypes Of The South

Lynyrd Skynyrd’s lead singer, Ronnie Van Zant, was a huge fan of Young’s music; however, he was taken aback by Young’s early 70’s songs “Southern Man” and “Alabama.” These songs dealt with themes of racism and slavery in the American South and sort of implied that the population in the American South was stuck in the past. And this did not settle well with the band members of Lynyrd Skynyrd.

Van Zant viewed Young’s songs as stirring, unfair indictments for the whole region. “We thought Neil was shooting all the ducks in order to kill one or two,” he said shortly after the song’s release. “We’re Southern rebels, but, more than that, we know the difference between right and wrong.”

“Well, I heard Mister Young sing about her. Well, I heard ole Neil put her down. Well, I hope Neil Young will remember. A southern man don’t need him around anyhow. Sweet home Alabama, where the skies are so blue. Sweet Home, Alabama. Lord, I’m coming home to you,” the song goes.

Was There Really A Feud Between Lynyrd Skynyrd And Neil Young?

To make things clear, there was actually no real feud between the two artists. Young even performed “Sweet Home Alabama” once, and that was during the memorial ceremony to the three members of Lynyrd Skynyrd, who died in a plane crash in 1977.

“We wrote ‘Sweet Home Alabama’ as a joke,” Van Zant later explained. “We didn’t even think about it. The words just came out that way. We just laughed like hell and said, ‘Ain’t that funny.’ We love Neil Young. We love his music.”

And for what it’s worth, Young eventually regretted the songs that sparked the fire. “‘Alabama’ richly deserved the shot Lynyrd Skynyrd gave me with their great record,” the singer wrote in Waging Heavy Peace, his 2012 memoir. “I don’t like my words when I listen to it today. They are accusatory and condescending, not fully thought out, too easy to misconstrue.”

Four decades later, the sole remaining original band member, Rossington, gave the last word on the matter during an interview with Garden & Gun in 2015. He said, “Everyone thought it was about Neil Young, but it was more about Alabama.”

“We had toured there, going all around playing clubs and National Guard armories. Everyone was real nice. When we were out in the country driving all the time, we would listen to the radio. Neil Young had ‘Southern Man,’ and it was kind of cutting the South down. And so Ronnie just said, ‘We need to show people how the real Alabama is,’” he added.

You can listen to “Sweet Home Alabama” by Lynyrd Skynyrd in the video below.

Keith Urban, Nicole Kidman Celebrate ‘Sweet 16’ Anniversary
Luke Combs Is Determined to Lose Weight for His Son
Hank Williams Jr. Will Celebrate July 4th With a Deafening Bang
Randy Travis’ “He’s My Rock, My Sword, My Shield” Is A Reminder To Always Have Faith In Jesus
Brett Eldredge Brings High-Spirited ‘Songs About You’ to ‘GMA’