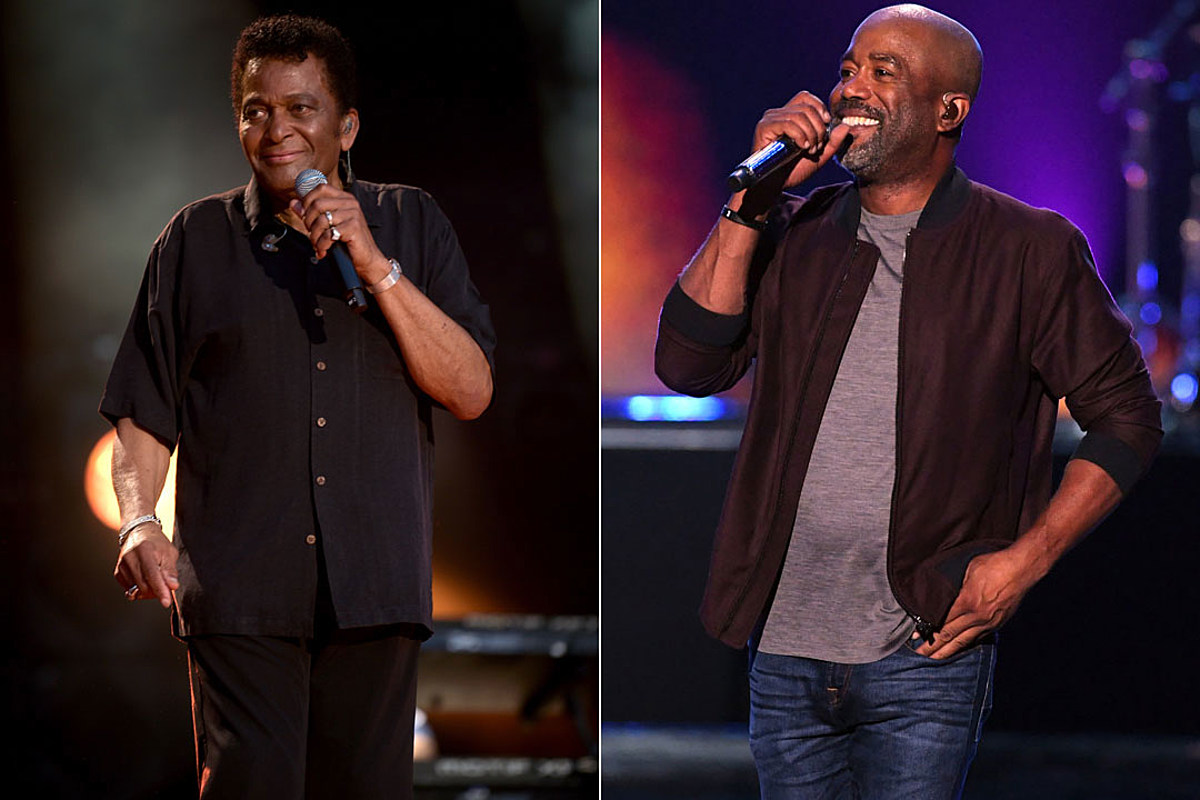 When Darius Rucker helps bestow Charley Pride with the Willie Nelson Lifetime Achievement Award at the 2020 CMA Awards, it will make for a full-circle moment.

In an interview with Rissi Palmer on her Color Me Country podcast, Rucker recalls his childhood days in Charleston, S.C., listening to his mother’s Pride records and watching the artist perform on TV shows such as Hee Haw, knowing it was a path he also wanted to walk one day. As Rucker continues to follow in the country legend’s footsteps, he feels the significance of getting to honor his idol with the well-deserved award.

“It’s truly surreal because I’ve listened to Charley Pride since I was a kid. When I was a little kid in the early ’70s and Charley’s making these records, I remember having a Charley Pride record in my mom’s collection that I don’t think my mom ever put on, but she bought that record because he was a Black man singing country music,” Rucker explains, recalling how eye-opening it was to see Pride perform on Hee Haw:

“Here comes this guy that looks like me singing “Kiss an Angel Good Mornin’,” and you’re like, ‘Oh my goodness,’ and now, decades and decades later, to be a part of him getting an award,” Rucker continues. “There’s nobody that deserves it more than Charley. Nobody. And just to be a part of that, I’m so honored and just I’m honored to call him a friend.”

Pride, an 86-year-old Mississippi native who played Negro League baseball and served in the United States Army before rising to fame in the 1960s, is the sixth artist to receive the Lifetime Achievement Award following Kris Kristofferson, Dolly Parton, Johnny Cash, Kenny Rogers and Willie Nelson. He is a Grand Ole Opry, Country Music Hall of Fame member and Recording Academy Lifetime Achievement Award recipient, and one of the few Black artists who have risen to prominence in country music throughout the decades.

“Charley Pride is the epitome of a trailblazer,” says CMA CEO Sarah Trahern. “Few other artists have grown country music’s rich heritage and led to the advancement of country music around the world like Charley. His distinctive voice has created a timeless legacy that continues to echo through the country community today.”

Pride earned CMA Entertainer of the Year — the first and, thus far, only Black artist to do so — in 1971, the same year he won his first of two CMA Male Vocalist of the Year trophies (the other came one year later, in 1972). Pride co-hosted the ceremony in 1975, with Glen Campbell.

Rucker will co-host the CMA Awards with Reba McEntire when it airs live from the Music City Center in Nashville on Wednesday (Nov. 11) at 8PM ET on ABC. The show will have no live audience, due to the novel coronavirus pandemic, but nominees, performers and presenters will be there live. Jimmie Allen, who is set to perform during the show, will also help present Pride with his honor, per the CMA.

Brett Eldredge Is an Uncle: ‘I’m Here to Spoil This Lil Guy’
Willie, Lukas And Micah Nelson’s Acoustic Rendition Of “Blue Eyes Crying In the Rain” Is Country Music Perfection
Artist to Watch: Raye Zaragoza
Top 10 Lorrie Morgan Songs
Randy Travis’ “He’s My Rock, My Sword, My Shield” Is A Reminder To Always Have Faith In Jesus