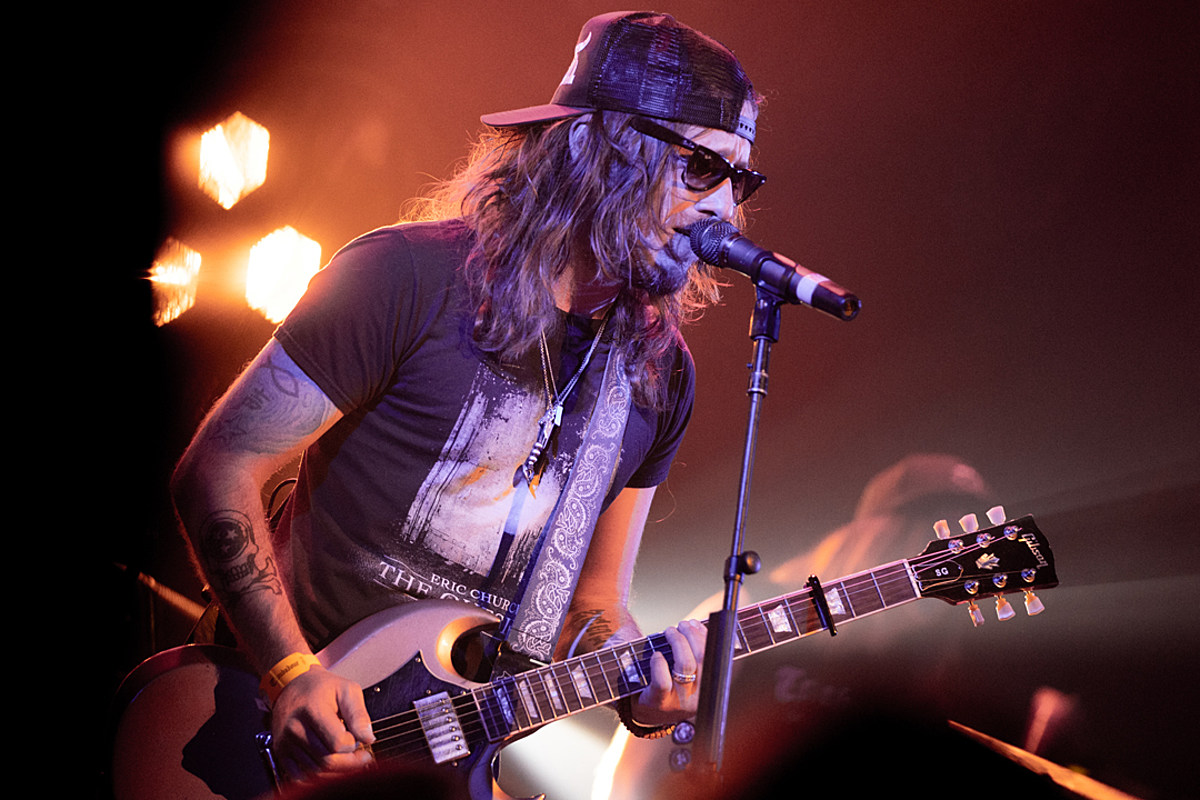 Albums like Tabasco & Sweet Tea are why people get excited when the Cadillac Three walk into a room. It’s a country album only because they’re on a country label. Really, what Jaren Johnston and company have created is the format’s first hillbilly funk album with any sort of depth and nuance.

All but one or two of the 11 new songs were of quarantine creation, the singer tells Taste of Country, and in many ways it was him scratching an itch that had just started to need scratching as they wrapped up Country Fuzz, their first album of 2020.

“I didn’t really ‘get off,’ per se. I didn’t get my funk fill,” the always-uncensored country-rocker says.

What separates the album is the dynamic range of sounds and lyrics that Johnston, drummer Neil Mason and pedal steel and bassist Kelby Ray bring with them. They invent their own language with words like “crispy” (code for a $100 bill) and “road soda” (you’ll have to listen) and banter like Cheech and Chong between songs. There’s the same innuendo, symbolism and raw Southern pride you’ll find on any TC3 project, but everything has a little more room to breathe. This allows Johnston’s voice to go places it has never gone before. His near-falsetto during “Bridges” recalls that of one artist and album he says Tabasco & Sweet Tea is most comparable to: Think late ’90s funk-rock.

The outlier is a song called “Turn the Radio On.” The Cadillac Three are the country music industry’s favorite party band, but thus far, few programmers have deemed their music worthy of radio airplay, something these three Nashville natives struggle with. Like we said, Johnston is uncensored. So it should come as no surprise when he sings:

“And Eric Church is an outlaw?” he says, laughing. “Give me a break.”

Don’t worry, they’re friends — Johnston wasn’t taking shots at the man who gave him a big hit as a songwriter (“Raise ‘Em Up” from 2015). There’s just no filter.

On a 1-10 scale, how much creative freedom does your record label give you for each album?

Ten. I mean, you can tell by listening to the new record it’s a 10.

I think it started when we signed with Big Machine. Scott (label founder Scott Borchetta) flew us down to their year-end retreat in Mexico, and so the three of us get there and we’re getting drunk and stuff and then the next morning, Scott has us come in there incredibly hungover, into the conference room to meet all 80 in the company. From that point he just basically gave us three microphones and he sat there with us at the thing. His first question to us was “How do you want to do this?” We made it very clear right then that this was what we were trying to do, just trying to make records that we like, keeping it extremely organic and real to us and bringing in a partner that felt the same way.

Scott held his word to that. And I think also, Scott’s a great friend of ours, but I think also he’s a genuine fan of what we do. If you look at the Big Machine roster, we’re his “Let’s get out and have some fun” — we’re that little baby. Like, “Let’s let this one run.”

What do you guys do to ensure that it continues to be worth it for them, business-wise?

I don’t think that we could get off that label if we wanted to. We have such great relationships, family and friends over there. Scott and Sandi (Spika, Borchetta’s wife) and the whole team really — even the radio team, we’ve become so close. This is a worldwide thing now and Big Machine has been a huge part to our success — they actually started Big Machine over there, in the U.K. because of our band.

James Brown is the funk artist everyone seems to know, so it’s easy to go there with this album, but what other artists influenced you?

There’s a of that ‘70s s–t, but I grew up loving Tower of Power and Steely Dan and the Eagles. The Eagles, I came into them a little later, but my dad was pretty steeped in Stevie Wonder and Tower of Power. A lot of the drum parts that were written for this lean really heavy on the Tower of Power thing and Steely Dan. Then the overall feel of the record for me was more mid-90s, early-90s, anything from Beck to the instrumental Beastie Boys record to Check Your Head to … you know what I mean.

A lot of the guitar work is really based off of (jazz-funk trio) Medeski Martin & Wood and John Scofield records that they did. That Midnight Vultures record that Beck did —

I was thinking that if you had a falsetto, it’d be that record.

Right, because those record are cool. When we were making this thing I was like, “Let’s make something for the kids that want something funky and fun and different but still hillbilly as s–t.”

Neil really shines on this record.

Oh yeah. He’s like a second singer. The drum things are half the hooks.

The song “Turn the Radio On.” I don’t want to assume anything, so what are you trying to say there, Jaren?

Well, I mean, it’s pretty obvious. It’s really a weird thing because there’s a chip there that you see that I have on my shoulder about certain things.

There’s two parts to this, really. That song comes from me waking up mad one morning because we were on the bus, and we had played this town for free where we can do 2,000 tickets, for a radio thing. I knew that the guy (the radio station programmer), he pretty much just told me to my face that he didn’t get it and he wasn’t gonna play us, but we were there spending our money and our time for free. I love playing anything, but that to me was feeling like I was getting played. So it really pissed me off and pissed me off enough to write a song about it the next day. The ironic thing about that is … this last week I’ve gotten more messages from people at radio thanking us for this record. That they needed this record. Not that they’re gonna play it, just genuinely nice messages about how good they think the record is and how fun it is and how much they think country music needs it, which is so ironic because we’re probably not gonna get much play on that.

If the Cadillac Three had a couple of radio hits, do you think you would have started to chase that?

I don’t think so. “The South” was about as big as we got and it did open a lot of doors, but the one thing you do see there, is you start to see people at your shows that aren’t your specific fanbase. You’re starting to see more of a general thing. But also what does that is playing shows and word of mouth these days. We’ve built this thing up with little no radio success. It’s almost more fun.

Where did the puppets come from?

That’s a perfect example of the Big Machine and our band’s partnership. That was all Big Machine, Sandi and her team over there. The original thing was, you know, when you’re setting up for a record you have to do hours and hours of, “Hey, this is the Cadillac Three … hear our new songs. Swipe up.” You know what I mean? And so we did that for hours and they took all the dialogue, the outtakes of us laughing and put puppets to it. When we first saw it we thought it was the most amazing thing.