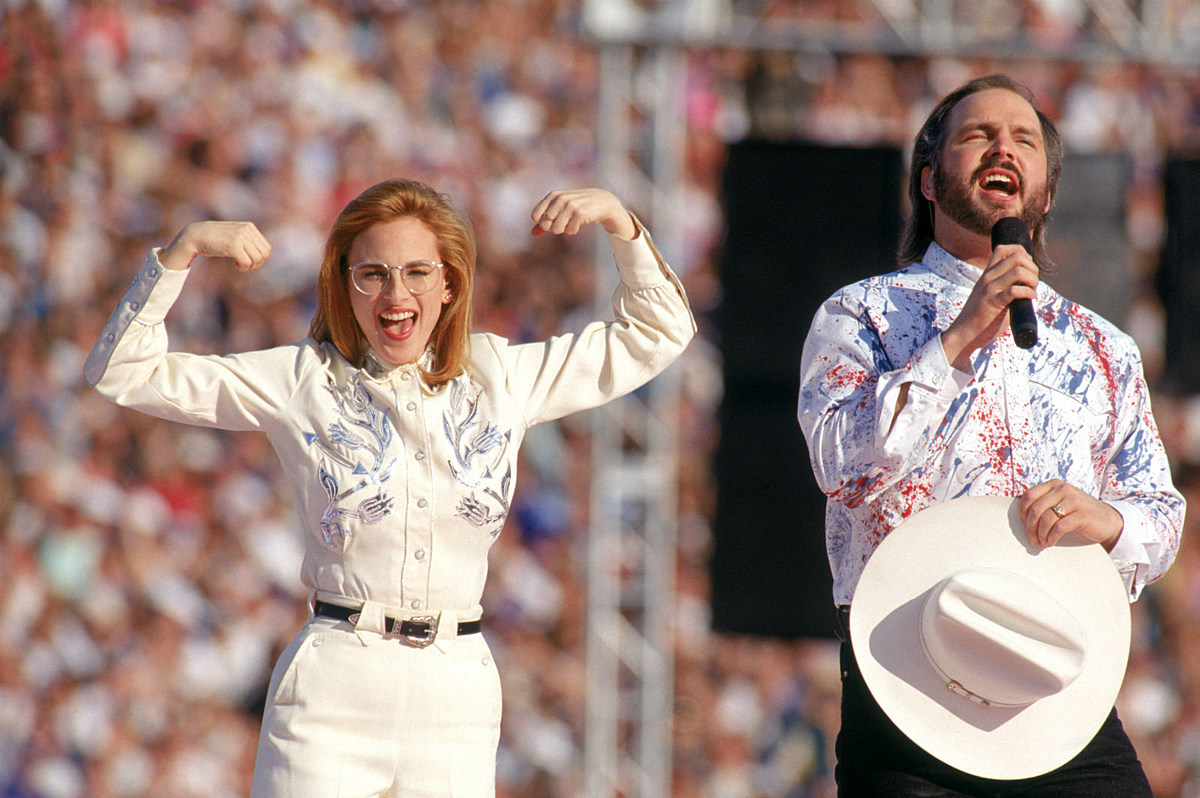 While technically on his hiatus from music, Brooks married Trisha Yearwood in 2005. In 2014, he returned to country music with Man Against Machine and kicked off his three-year World Tour. The year 2019 brought with it the start of Brooks’ first-ever Stadium Tour, which he’s promised will also be a multi-year affair.

All of those years of touring have left quite the archive of stellar live photos of Brooks. Click through the photo gallery below to see some of the best:

Despite the trek being on hold in 2020 due to the novel coronavirus pandemic, Brooks has remained busy: On Nov. 20, he’ll release his long-awaited next album, Fun, as well as Triple Live Deluxe, a live album culled from his post-retirement tours.

WATCH: How Well Do You REALLY Know Garth Brooks?