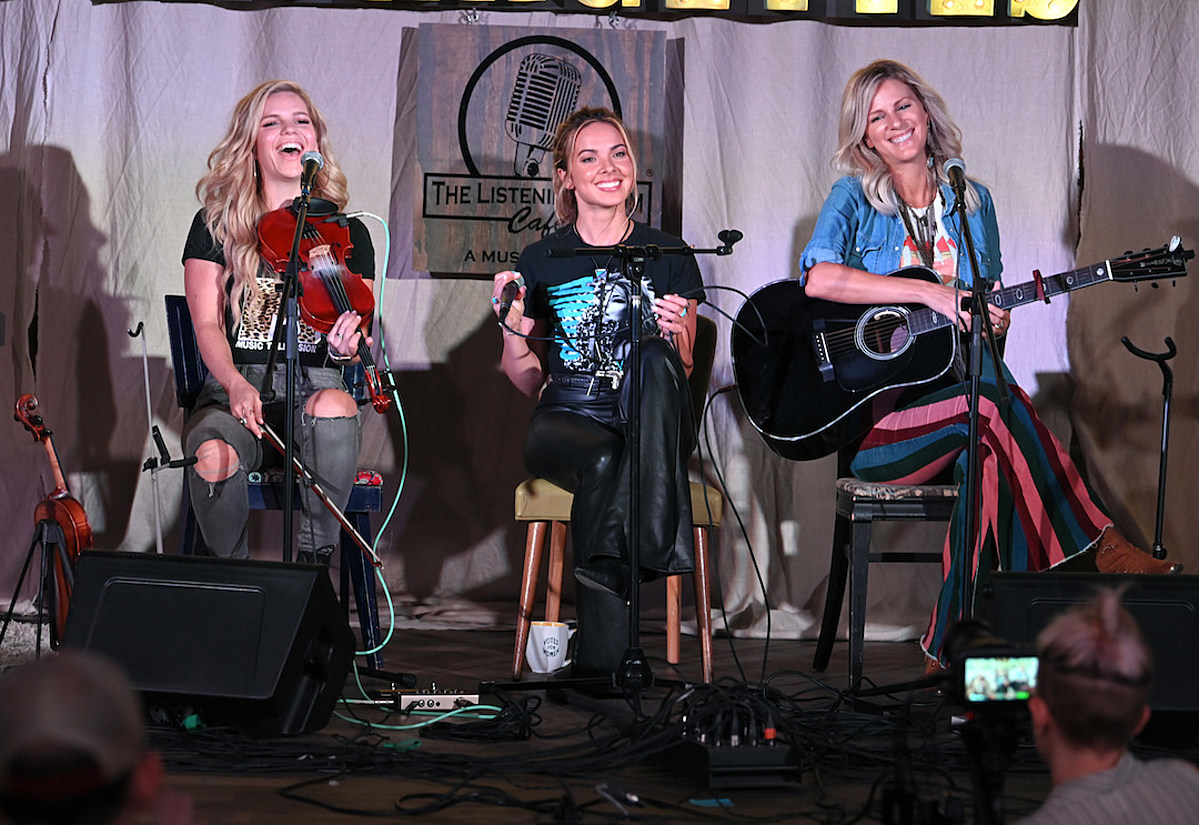 From seasoned onstage pros to fresh-faced artists putting out their debut projects, every country performer who spends time in Nashville has one thing in common: a relationship with the songwriter community. Even writers who focus more on penning hits for other artists know just how special it can be to come together with a group of like-minded peers.

Take Hillary Lindsey, for example, who was honored for her songwriting achievements at the 2019 ASCAP Country Music Awards in Nashville. Over the course of her lengthy career, Lindsey has penned hits for stars including Faith Hill, Lady Antebellum, Carrie Underwood, Luke Bryan and Tim McGraw, among others. But when she stepped onstage to accept her trophy at that awards ceremony last November, Lindsey focused on thanking the community of writers who work alongside her in Nashville every day.

“I do wanna thank every co-writer I’ve ever had, because honestly, I would never have been able to write any of these songs without any of you,” she stressed. “Thanks for pushing me, stretching me, being silly and goofy with me … and, honestly, also for being some of the best therapy sessions I’ve ever sat in in my entire life.

“Thank you for making me a better writer and a much better person. I love all of y’all,” she concluded.

“Without songs, without songwriters, none of this exists.” — Runaway June’s Naomi Cooke

Though different artists and songwriters have different perspectives on Nashville’s writer community, everyone in country music has been affected and shaped by Music City songwriters. For example, Runaway June point out that the songwriters were the first members of the country music industry to welcome them, well before the band found commercial success.

“The songwriting community embraced us way before we had record deals, way before we were a band,” trio member Naomi Cooke told The Boot in 2019. “Without songs, without songwriters, none of this exists.”

While Runaway June have since gone on to become stars, another trio still in the early stages of their career, Temecula Road, say they’ve also been welcomed in with open arms by the songwriting community. The band’s Dawson Anderson explains that after they made the move to Nashville in 2019, they “started writing every single day” — and that experience of hitting the ground running wouldn’t have been possible without Music City’s songwriting hub.

Some of the most important lessons he’s learned as a writer, Anderson adds, have come from the songs that don’t ever find their way into the recording studio. “The songs you don’t write are what helps you grow, too. If you write a bad song, or you wanna veer towards [something else] … that just develops who you are,” he points out.

Tenille Townes agrees that time spent in the songwriting room is a big, behind-the-scenes part of an artist’s process of establishing their identity. None of that would be possible without the lessons learned from more seasoned writers.

“It’s quite a generous community,” she explains. “When I first showed up in town, going to writers’ nights and wondering how this whole thing worked, I’d ask people — heroes, or friends, or people I’d met at a show — ‘Can we go for coffee sometime? … What’s a publishing deal? What’s ASCAP?'”

While she laughs looking back at how green she was then, Townes is still touched by how eager her fellow songwriters were to give her pointers. “People are so willing to lend a hand, because that’s what someone did for them. I really think that’s a cool, full-circle thing that’s a part of this town that I love,” she adds.

If Townes learned the ins and outs of the business from country songwriters, Caylee Hammack says she flat-out owes her debut album, If It Wasn’t for You, to their help and expertise.

“My record would be nonexistent if there were not other songwriters in Nashville, Tenn., that did not help me cultivate it,” the singer says, full-stop. “I needed every single person that is on my record to make it exactly how it is. What people don’t realize sometimes is, a record is not just that artist’s baby. It is so many people that are in Nashville, or LA, that have put so much of their heart and time behind it.”

Of course, while performance happens onstage in front of an audience, much of songwriting happens in a private room, so it makes sense that fans wouldn’t necessarily know exactly what goes into making the songs they know and love. Another artist and songwriter, Olivia Lane, says there’s quite a bit from behind the scenes that she wishes listeners could see more often.

“People are so willing to lend a hand, because that’s what someone did for them. I really think that’s a cool, full-circle thing that’s a part of this town that I love.” — Tenille Townes

To that end, the singer made an appearance on an episode of the televised singing competition Songland, which offers up-and-coming songwriters the chance to get their work in front of some of the biggest names in the music business. In her episode, Lane brought her piano ballad “Perfect Skin” to the table, then retooled it for a chance to have it recorded by soul star Leona Lewis.

“Perfect Skin” underwent significant change over the course of the episode, which Lane says is a great representation of how songs can evolve with help from co-writers. For songwriters just starting out, it can be difficult to let go of the instinct to keep their songs exactly as they first wrote them — but as they say in the songwriting rooms, the best idea wins, and individual egos can’t be more important than making a song as good as it can possibly be.

“You just kind of have to dare to suck, to be honest,” Lane says with a shrug. “You have to throw out any thought you have, because it could be brilliant, or it could lead someone else to have a brilliant thought.”

No matter what side of the business you’re on, songwriting is a team effort. No one knows that better than Dillon Carmichael, who is not only a recording artist and songwriter, but also comes by the art form via family ties. He’s the son of singer Becky Montgomery and the nephew of two famous uncles, solo artist John Michael Montgomery and Eddie Montgomery of Montgomery Gentry.

“I think it all starts with songwriting. I’m sure I’m not the only person to say that,” he reflected on the red carpet of the 2019 SESAC Nashville Music Awards. “But I really think it’s the truth. It’s the reason that I’m the artist that I am, the singer that I am.

“I owe it all to songwriting,” he affirms. “And so there’s a lot to celebrate, you know?”

What’s It Like Having Stars Sing Your Songs? The Writers Weigh In: