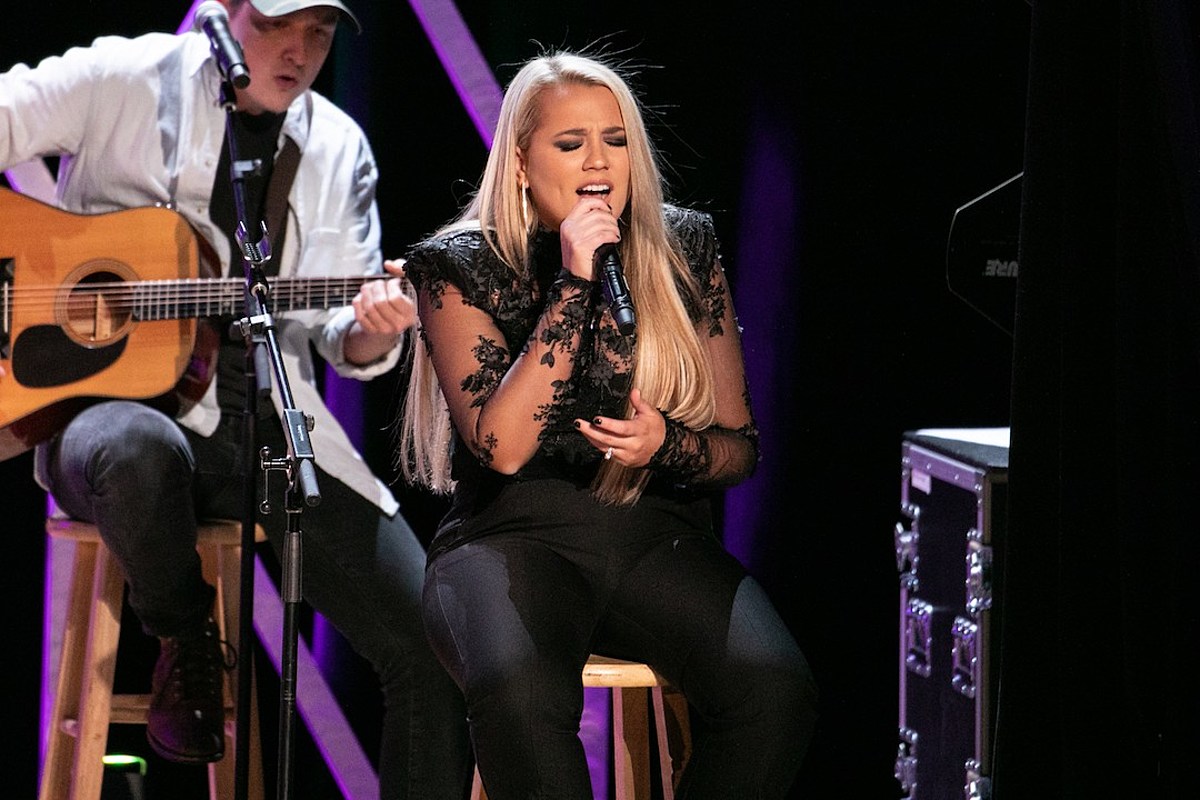 Gabby Barrett may have been performing since she was just 11 years old, but the former American Idol contestant and rising country superstar has never given a performance quite like the one she’s set to give when she takes the stage at the 2020 CMA Awards.

For one thing, it’ll be her first time performing her hit debut single, “I Hope,” with pop star Charlie Puth, who remixed the song in April. That collaboration came together virtually — in fact, it all started when the two stars began chatting on Instagram, and Barrett found out that Puth was a fan. They’ve never actually shared a stage, or even met.

“Your guess is as good as mine on all that!” Barrett says during a recent virtual media event, when asked about the details of their duet performance of “I Hope” at the CMAs. “I’ve never met him in person before.”

But that isn’t the only first for Barrett during her CMAs performance: The singer will also be in her third trimester of pregnancy, as she and her husband, Cade Foehner, are expecting a daughter in early 2021. Barrett admits that the prospect of performing so far along in her pregnancy has her a little nervous.

“Hopefully it all goes well. I’m having a hard time breathing, being in the third trimester, and baby just crushing your diaphragm — you know, all the good things!” she adds with a laugh. “But I’m really excited and I think it’s gonna come together really well.”

Even with the jitters that come along with a big performance, Barrett’s spot on the CMAs stage marks a fulfillment of a big, specific dream. In fact, on the red carpet of the 2019 CMA Awards last year, she told The Boot that doing something like this was exactly her goal.

“To be nominated for a CMA Award next year would be cool, or to perform,” she said back then. “Seriously, that is one of my goals for next year, though.”

While Barrett was a promising young star in late 2019, that goal still seemed very far away. But over the course of 2020, the singer has seen a meteoric rise, releasing a wildly successful debut album, Goldmine, notching her first-ever No. 1 single with “I Hope,” breaking streaming and sales records left and right and even coming to consider her idol, Carrie Underwood, a personal friend.

Barrett has fulfilled her goal of being nominated at the CMAs, too. “I Hope” is nominated for Single of the Year at the 2020 awards show — a big accomplishment, especially for a song that the singer wrote after coming off her stint on Idol, before she had a record deal or even much interest from the major labels.

“Oh, it’s just a huge blessing. I mean, it sounds really cliche, but it’s really hard to put all the words into it, it really is,” Barrett says, reflecting on the song’s journey.

Though she’s only 20 years old today, she points out that she’s been pounding the pavement and working hard to make a name for herself for almost a decade. To see her hard work come to fruition, she says, is a powerful feeling.

“You know, normally, at the age of 20, normally you don’t think somebody’s been doing [music] for that long. Like, you’re just trying to figure out yourself and who you wanna be as an artist,” Barrett muses, “but fortunately I was able to figure that out at a young age, and from working very hard … It feels absolutely amazing to see all of these things happening.”

“And I never would have expected all of this from this song,” the singer adds. “The Lord has been very gracious to me, and I’m just very thankful.”

10 Things You Don’t Know, But Should, About Gabby Barrett:

Adeem the Artist is Making Music on Their Own Terms
Thomas Rhett, Riley Green’s ‘Half of Me’ Is a Play on Words
Randall King Releases Live Acoustic Version Of “Baby Do,” Announces Live EP Coming This Month
Tim McGraw Is Proud of the Women His Daughters Have Become
Reba McEntire, Boyfriend Rex Linn to Co-Star in New Movie