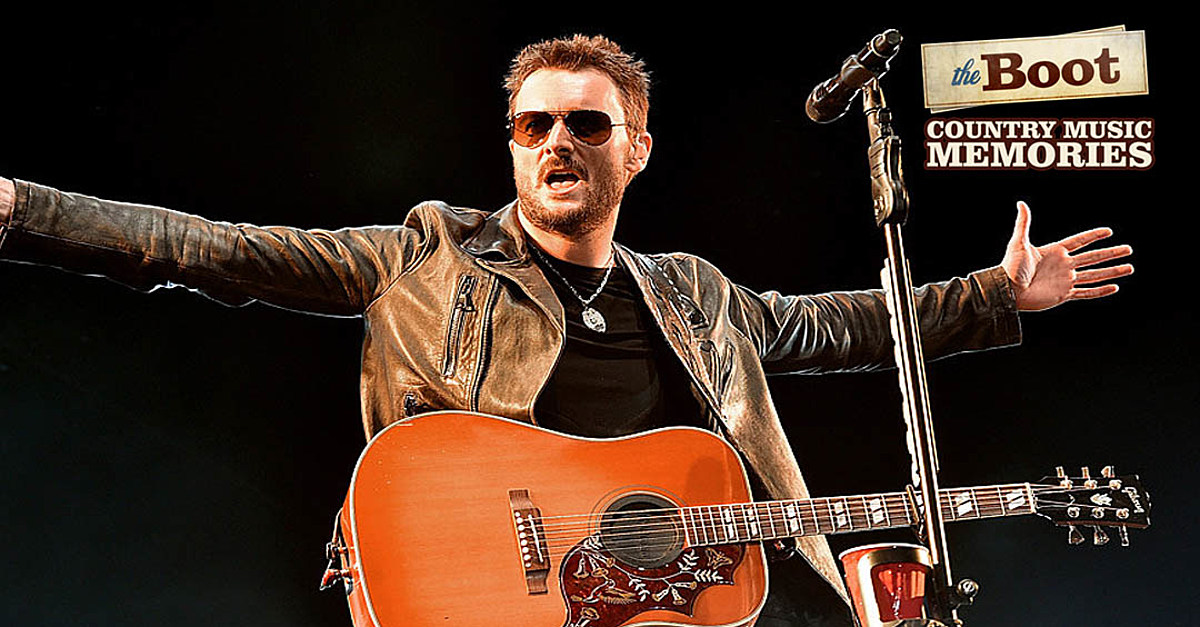 In 2007, the rock band Radiohead dropped their In Rainbows album with no pre-promotion. Widely considered the first surprise-released album, it’s been followed by surprise drops from Beyonce and others — but it took eight years for a country artist to try the tactic.

On Nov. 3, 2015, members of Eric Church‘s fan club, the Church Choir, began receiving packages, both in the mail and via email, from the country star: a 10-track album apparently named Mr. Misunderstood. They’d been given no advance warning about the record’s existence; in fact, the fans were the ones alerting media to the new project.

“If you want to know where the music industry is broken it’s this: When we’re going to put out an album, the people we’re trying to get it in the hands of are the fans, but the fans are also the last people [who] have a chance at it,” Church explained in 2016. “It goes to a label, then the press, then radio and critics — all these people weigh in and get a copy and then it’s the fans. I think that’s so ass backwards. So we went to the fans first.”

A few weeks prior, George Strait had released his Cold Beer Conversation album four days after revealing that it was coming, but Church’s new music arrived completely by surprise. Only seven people (plus Brothers Osborne member John Osborne, who accidentally learned of Church’s plans after, essentially, just happening to be in the right place at the right time) knew about the record ahead of time, Church told Country Countdown USA in 2016. The president of his record label only found out the week of the album’s release “because we were talking to retailers.”

“There were people who found out the day of,” Church — who bought a record-pressing plant in Germany to keep it quiet — says. “But the label president said, ‘You’ve earned the right to do this. It’s not how I’d release an Eric Church record, but if that’s what you want to do, we’ll do it.'”

In between its title track and the closing song “Three Year Old,” Mr. Misunderstood contains reflections on chasing dreams (“Mistress Named Music”), socially conscious musings (“Kill a Word”) and clever wordplay (“Record Year”). In addition to the wail of his exceptional backup singer Joanna Cotten on “Chattanooga Lucy,” listeners will find blues powerhouse Susan Tedeschi on “Mixed Drinks About Feelings” and the brilliant Rhiannon Giddens and Andrea Davidson on “Kill a Word.”

Church weaves a murder story into one song (“Knives of New Orleans”), but one track later, he’s lamenting the one that got away (“Round Here Buzz”). It’s varied, but taken as a whole, it works because of Church’s writing, Jay Joyce’s production and the way the country star commits to it all.

Mr. Misunderstood was a bit of a surprise to Church himself, even: In 2017, his manager, John Peets, explained that, following Church’s 2014 album The Outsiders, the artist set out to write a collaborative project featuring duets with some of the genre’s greats. However, his brain had other plans.

“I wrote my first song on [the guitar my son named] ‘Butter Bean’ late this summer. Twenty days later, I had 18 songs. Twenty days following that, I had 10 recorded. That was 30 days ago,” Church shared via a letter, distributed to media members backstage at the 2015 CMA Awards on Nov. 4. “It always takes me time to look for inspiration to make a new album. This time, inspiration found me. Together, we found Mr. Misunderstood. Today, it’s yours.”

Church officially announced Mr. Misunderstood at that awards show, using his performance slot to debut its title track and sending 14-year-old McKinley James, the star of the song’s music video, into the press room to distribute the country star’s message about his new music. If not for a then-relatively unknown Chris Stapleton‘s three wins and breakout performance with Justin Timberlake at the show, it likely would have been the night’s biggest story.

Church released four singles from Mr. Misunderstood: The title track was a Top 15 hit on the country charts, while “Record Year” went to No. 1. “Kill a Word” and “Round Here Buzz” topped out at No. 6 and No. 2, respectively. The album itself landed at No. 2 on both the country albums chart at the all-genre Billboard 200.

See Pictures of Eric Church Through the Years:

Ryan Hurd Shows Off Skating Skills in ‘Pass It On’ Video
LISTEN: Luke Bryan’s ‘Country On’ Is a Modern Blue-Collar Anthem
The Tie Between Kenny Chesney’s ‘Everyone She Knows’ + Tom Petty
Carrie Underwood Joins Guns N’ Roses Live in London [Watch]
George Jones Dedicates “If I Could Hear My Mother Pray Again” to Mom