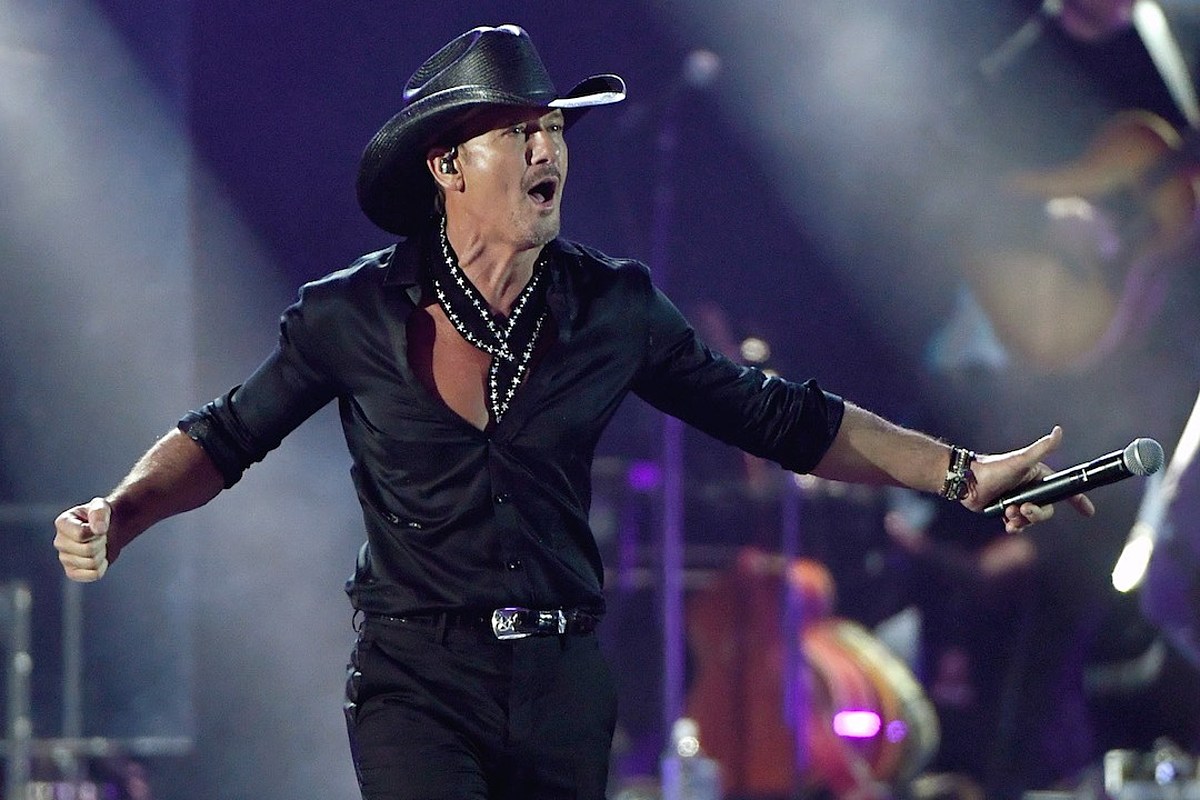 Lots of people find it difficult to listen to recordings of their own voices and watch themselves on film — even seasoned pros such as Tim McGraw. In fact, the veteran entertainer admits to KMLE in Phoenix, Ariz., that when he tried to watch his performance in Four Christmases, he could barely even get through the trailer.

“I’ve never seen Four Christmases. Never seen it,” McGraw reveals, speaking about the 2008 holiday film in which he appears alongside Hollywood stars Vince Vaughn and Reese Witherspoon. McGraw’s character is Dallas, the younger brother of Brad, played by Vaughn.

“I saw the trailer, and I’m like, ‘Oh, I’m never — I can’t look at myself like that for an hour and a half, two hours — heck no,'” the singer continues. “I don’t even like to hear myself, much less look at myself.”

Though McGraw is best known as a country hitmaker, he’s no slouch as an actor, either: His acting credits include roles in Flicka, Tomorrowland and The Blind Side. But his appearance in Four Christmases was a little extra jarring to watch, as the notoriously fit McGraw gained 25 pounds for his role in the movie.

The singer explained his experience of gaining weight for Four Christmases to GAC in 2008 (quote via Country Now): ”The funny thing about this movie was it was an amateur UFC cage fighter, and you see ’em on TV and they’re all cut and muscular. But I thought this guy is a redneck amateur, so it’s not gonna be guys that look like that that’s back there doing it,” McGraw reasoned. “So I thought I’ll look like a strong guy, but a little overweight and kinda backyard, a having-a-few-beers-and-jump-in-the-cage sort of guy.”

But when he showed up for filming, the singer found that he was the only actor who’d gotten pudgy for the movie. ”And I show up, and Favreau is a pretty big guy, and he had been working out like crazy, so he was all cut and svelte and everything else. So I show up and I’m the fat guy on set,” McGraw recalls.

Of course, McGraw is far from “the fat guy on set” these days. His health and fitness journey is well-documented, so much so that in 2019, he released a book about his physical transformation called Grit & Grace: Train the Mind, Train the Body, Own Your Life.