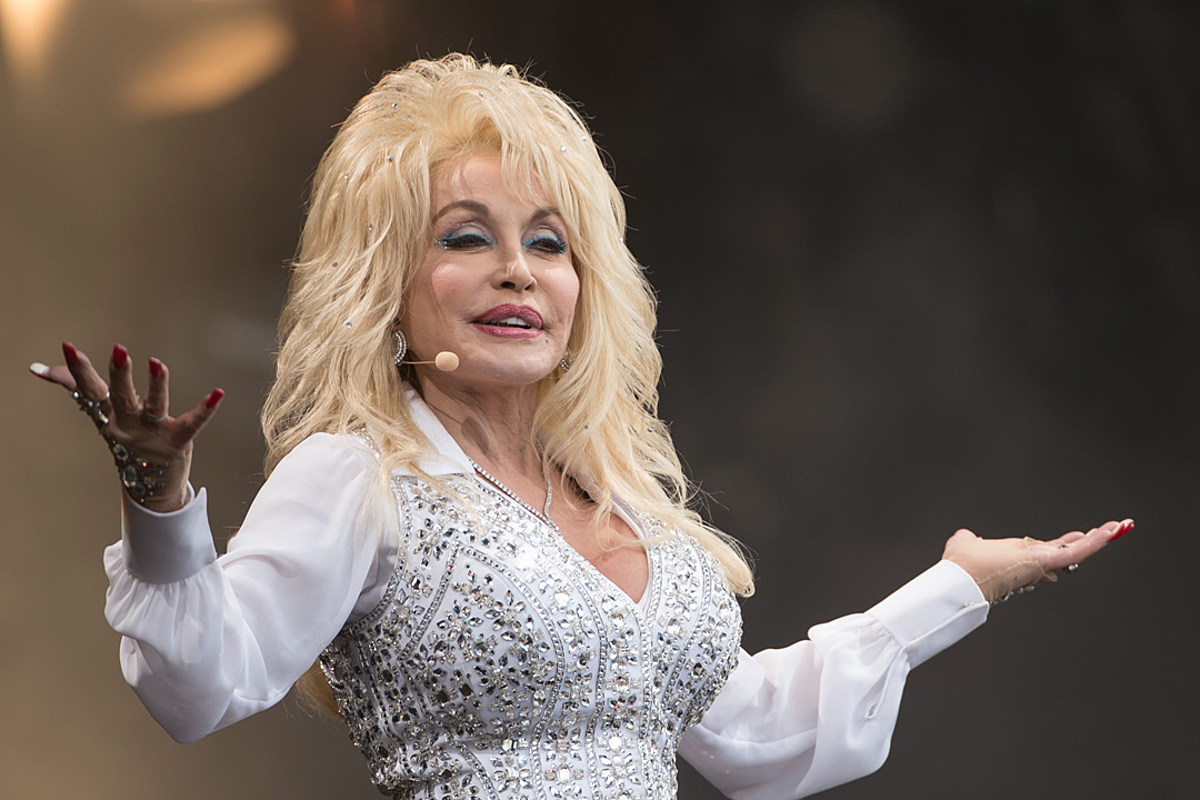 Dolly Parton‘s career has weathered its fair share of rumors, but perhaps none are as perplexing as the conspiracy theory that claims the country queen’s longtime husband, Carl Dean, doesn’t even exist.

Parton and Dean have been married for more than five decades: They wed in Ringgold, Ga., on May 30, 1966. But Dean, a retiree who once ran a road-paving business in Nashville, has always shunned celebrity life, so photos of the two together are decidedly scant among publicly available snaps.

Rest assured, however, that Parton’s husband does, indeed, exist, as the singer tells ET‘s Rachel Smith in a new interview.

“A lot of people have thought that through the years,” Parton explains, “because he does not want to be in the spotlight at all. It’s just not who he is. He’s, like, a quiet, reserved person, and he figured if he ever got out there in that, he’d never get a minute’s peace, and he’s right about that.”

The country legend continues, “I’ve always respected and appreciated that in him and I’ve always tried to keep him out of the limelight as much as I can. He said, ‘I didn’t choose this world, I chose you, and you chose that world. But we can keep our lives separate and together.’ And we do and we have.”

How have the pair managed to keep it together for so long? Somewhat unsurprisingly, Dean’s low profile regarding his wife’s career may be part of the reason why the two have remained such a steadfast couple.

“Our joke about the fact, when people ask me why it’s lasted this long, I say, ‘Because I stay gone,'” the country music icon says. “And there’s a lot of truth in that — the fact that we’re not in each other’s faces all the time. But we do have a great respect and admiration for each other. We both have a great sense of humor.”

Parton’s recent ET appearance comes as the entertainer touts her projects for the 2020 holiday season: her new album, A Holly Dolly Christmas, and its accompanying Netflix special, the upcoming Christmas on the Square.

Jake Flint, Rising Red Dirt Country Artist, Dies at 37
Chris Cagle Makes Up A Country Song About Some Idiots Causing Trouble At The Concert… Right There On The Spot
Kelly Clarkson Covers Fellow Texan Cody Johnson’s ‘Til You Can’t’
Wheeler Walker Jr. Tries To Give Walker Hayes’ “Y’all Life” A Shot, & His Reaction Is Priceless
Shania Twain Extends Her ‘Queen of Me’ Tour With Five New Dates