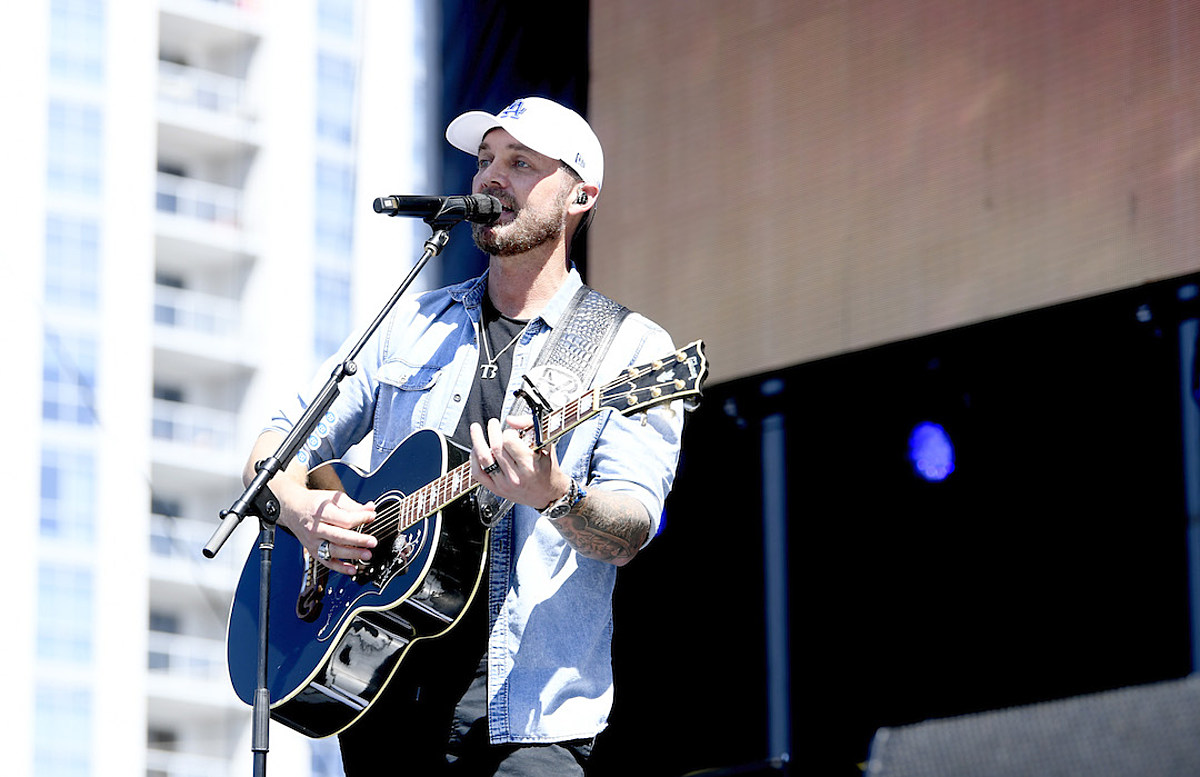 “I hope you look just like your mama,” Brett Young sings in the chorus of his new single, “Lady,” which he wrote shortly before the birth of his first daughter, Presley. The song is an intimate tribute to both the singer’s baby and his wife, Taylor.

Now, Presley turns a year old, Young says that his musical wish for his daughter to take after her mom has come true — even if the untrained eye might beg to differ.

“Everybody thinks she looks like me because she has my coloring, but the only thing she has from me is my coloring. She looks just like Taylor with blue eyes. It’s the funniest thing ever,” Young gushed during a recent virtual media event. “I wrote a song about hoping she would look like her mom, and she does. It’s really fun to see.”

When it comes to personality, however, Young sees quite a bit of himself in baby Presley. In fact, she’s inherited some of the traits that he didn’t necessarily hope he’d pass down.

“Unfortunately for both [Presley and Taylor], I think there’s a little more of my strong-willed personality in there,” he adds sheepishly. “She has a thing now where when she wants something, she just points at it and grunts. And I’m like, ‘That’s kind of how I treat food.’ So I think she got that one from me.”

As Presley continues to grow and learn new things, Young and Taylor have decided to be pretty open about sharing their family life with fans. The singer’s wife and daughter starred in the music video for “Lady,” and they’ve also made appearances in a number of adorable social media moments. Most recently, they shared video footage of Presley recognizing her “dada”‘s face on a No. 1 plaque.

Not every country artist chooses to be quite so open about their personal family moments on social media, and for good reasons. For example, Maren Morris has recently decided to be more private about her infant son, Hayes, after facing mom-shaming criticism from other social media users. But Young says that he and his wife have decided to keep sharing their lives openly — for now, at least.

“Everybody has a different take on that, and I don’t think anybody’s wrong or right,” he reflects. “What we basically came to was, we’re gonna allow ourselves to be proud of our daughter. You know? And if at any point in that process … does something arise that makes us feel uncomfortable, we’ll have that conversation.”

Anyone who raises a child in the public eye will eventually face inappropriate comments of some variety, but for the most part, Young says that he believes his fans simply want to feel connected to his personal and family life in a wholesome, loving way.

“I think for the most part, people wanna be involved because they want a glimpse into your life, and also they want to believe in love,” the singer goes on to say. “All of that, for us, we hope inspires and excites people, as well. So we decided to not make any rules [about sharing pictures of our daughter on social media], and just to see how we felt about it. So far, it’s been fun to watch people be happy for us in this stage of our life.”

Plus, Young is documenting a time in his daughter’s life that is special, both in terms of her growth milestones and in terms of the fact that he’s home to see them. Typically, he would be logging long hours on the road during this time of year, and it’s only due to the COVID-19 pandemic that he was home to hear Presley say “dada” for the first time. In the near future, he’s also hoping to be home to watch her take her first steps.

“I’m praying that she doesn’t take her first steps while I’m on this trip,” he said. Young was speaking to media outlets from a hotel room in Los Angeles, where he was in the middle of a quick stay away from Nashville.

“But yeah, there’s been a lot of things that I haven’t had to miss out on that I definitely would have missed out on, if we were at a normal capacity,” he says. “You gotta kind of fight to look for the silver lining [of the pandemic], but there’s a handful of ’em if you’re willing to look for them.”

Meanwhile, Young is looking towards another “silver lining,” this time in his career: “Lady” is steadily climbing the charts, and could be poised to become his next No. 1 radio hit. That’s an especially big deal for the singer given how true-to-life the song is. He admits that when it comes to personal subject matter, he’s not sure he’s ever going to be able to top “Lady.”

“You know, this is literally a song about my wife to my daughter,” he says. “I don’t know that I’ll ever do something that personal, not because I don’t want to, I just don’t think there’s something that personal that I can ever do again. I mean, I always want for my fans to feel connected because I’m connected, so all the songs are personal in their own way. But … I don’t think this one’s touchable.”

On second thought, however, he says there might be one way to recreate the intimacy of “Lady.”

“I mean, we’re not done trying to have children,” Young points out with a smile. “So maybe my daughter’s going to be fighting with one of her siblings about which of their songs is better one day. They’re going to have to figure that out.”