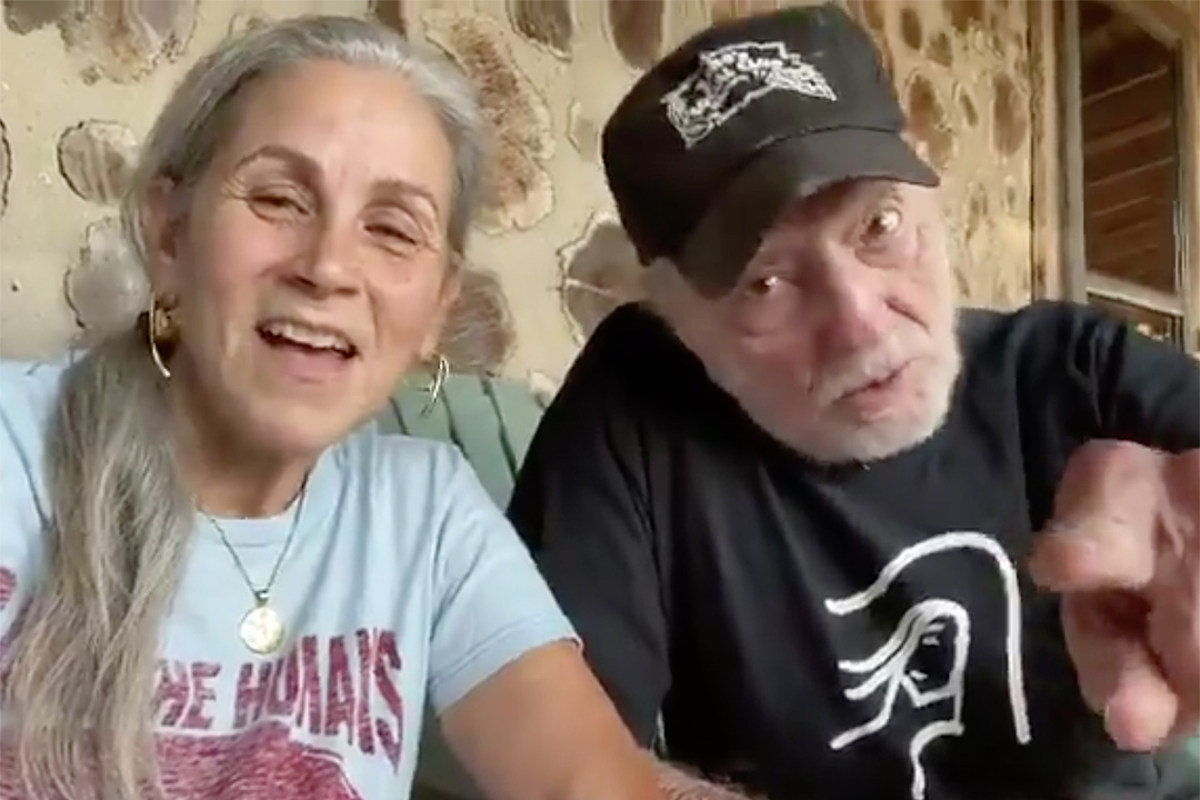 Can we count the ways Willie Nelson and his wife Annie are adorable in their birthday video for his daughter Paula? Paula Nelson shared the clip on her social media pages on Tuesday (Oct. 27), as she celebrated her 51st birthday.

The video shows the Nelsons (a.k.a., Papa Bear and Annie) singing “Happy Birthday” to her. Along the way, we learn the country legend calls his third daughter ”Paula Bear” and that the couple look to have a rehearsed tag to the normal birthday greeting.

“And many more,” he continues before …

“On channel four,” and, “And don’t forget to shut the bathroom door.” It’s strange written out, so just watch for yourself:

The best part is the end, when the 87-year-old Nelson tugs at his T-shirt to show how proud he is of Paula Nelson, frontwoman of the Paula Nelson Band.

“I got your shirt on,” he boasts with a huge smile. “Happy birthday.”

It’s enough to leave you calling Mom and Dad just for no reason!

During the novel coronavirus pandemic, Nelson has stayed quarantined at home, but has kept busy. He released the First Rose of Spring album in July and joined Dolly Parton for a duet of “Pretty Paper” for her A Holly Dolly Christmas album in October. He has also said he’s been working with his sons on several more projects while remaining in Texas.

Nelson and Annie have been married since 1991. Paula is the daughter of the country icon and Connie Koepke, whom he married in 1971.

Caroline Kid Shares Sunny Music Video for ‘Do I Miss the Rain’
Ranking All 29 of Tim McGraw’s No. 1 Songs
Kelly Clarkson Covers Fellow Texan Cody Johnson’s ‘Til You Can’t’
She’s Got a Way With Words: Dolly Parton’s Best Quotes
Adele Says She “Adores” Shania Twain And Would’ve “Self-Combusted” Had She Noticed Her In The Crowd During Recent Performance