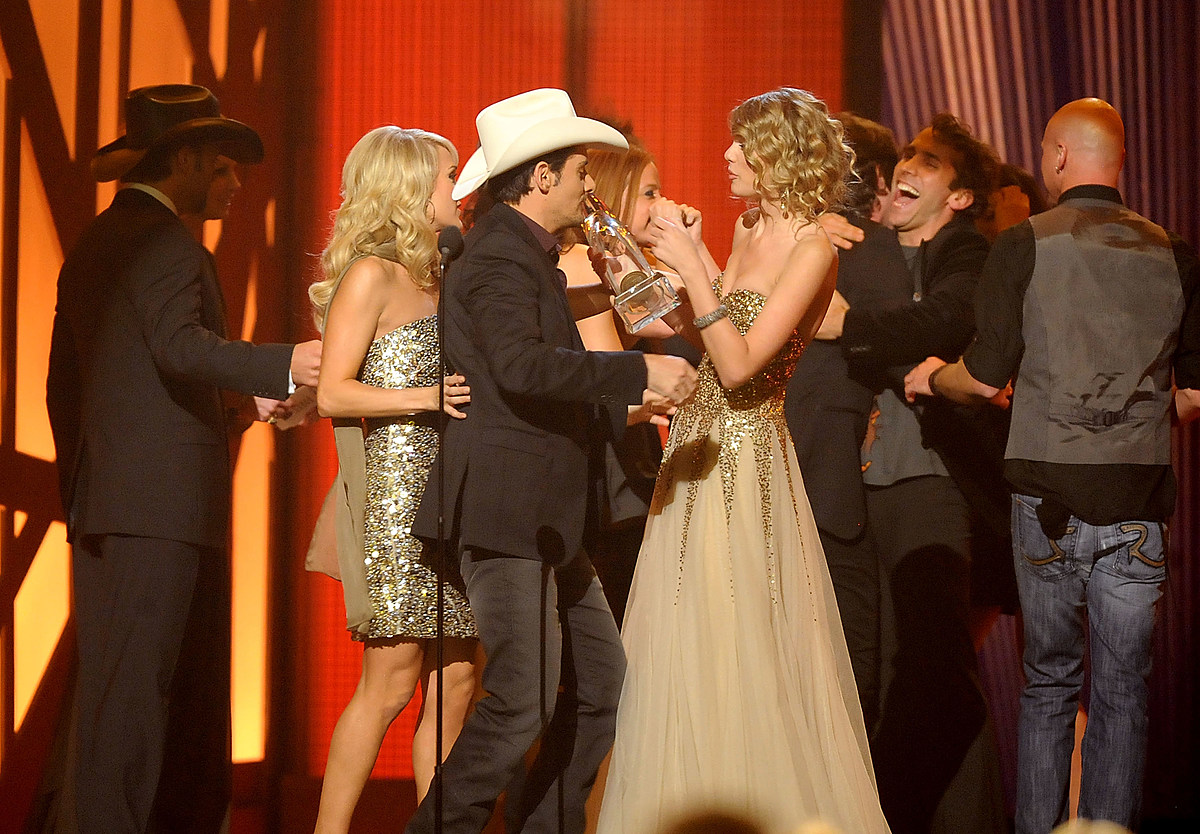 Eleven years ago, the 43rd Annual Country Music Association Awards were held on Nov. 11, 2009. The show was hosted by Brad Paisley and Carrie Underwood, back for their second year as co-hosts, at the Bridgestone Arena (known then as the Sommet Center) in Nashville, Tenn.

Back then, Taylor Swift was still very much a country star; in fact, she walked away with four awards, including Entertainer of the Year. She beat out Paisley, Kenny Chesney, George Strait and Keith Urban to become the youngest-ever winner in that category in 2009.

Another notable win came when Darius Rucker took home New Artist of the Year, after spending past decades rocking out with Hootie & the Blowfish. Sugarland, meanwhile, won for Vocal Duo of the Year, and Lady A (then Lady Antebellum)’s ”I Run to You” was named Single of the Year.

Click through the photo gallery below to travel back to the 2009 CMA Awards. These pictures will remind you not only about the past fashion trends (some of which now seem a little questionable) but also of the artists who dominated country music in the late 2000s:

The 2020 CMA Awards are scheduled to take place on Nov. 11 and will air live from Nashville on ABC beginning at 8PM ET. Due to the novel coronavirus pandemic, however, the event will look a bit different than usual: It’s being hosted at Nashville’s Music City Center, not Bridgestone Arena as is customary, and there will be no live audience.