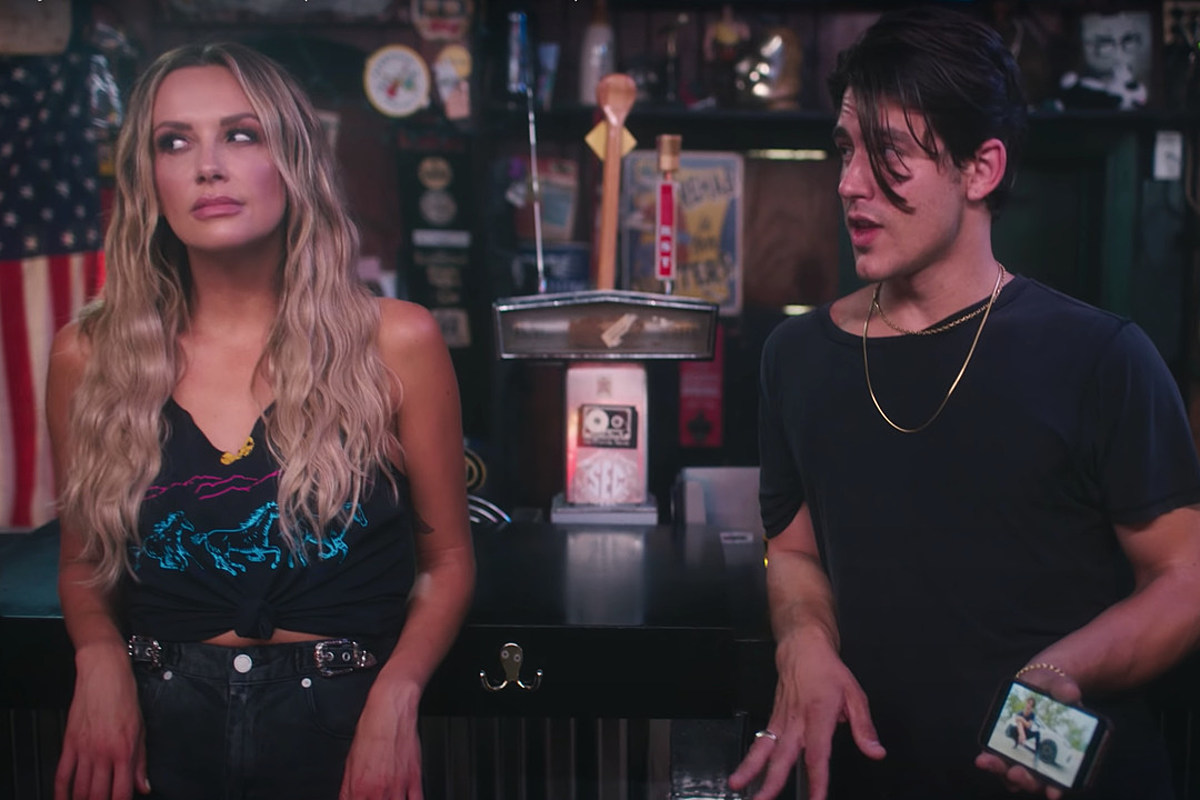 Carly Pearce navigates a situation that many of her fans are likely all too familiar with in the “Next Girl” music video as she dodges corny pickup lines left and right in a bar. The clip was filmed in Nashville and highlights the fun, empowering aspects of her heartbreak-inspired new single.

The “Next Girl” video opens with a shot of Pearce sitting on a barstool, politely nodding along as the guy next to her drones on unintelligibly. “Awesome,” the singer responds drily, before putting down her drink and turning to leave. “Okay! I’ve had enough.”

It’s an attitude-filled clip that follows in the footsteps of Shania Twain‘s “Man! I Feel Like a Woman” and Reba McEntire‘s “Why Haven’t I Heard From You,” as Pearce slides into the roles of both bartender and bar-goer, as well as hopping onstage with her guitar. All the while, men throughout the bar break out their cheesiest pickup lines, and when she does begrudgingly offer one her phone number, he points his camera down his pants to send her a decidedly NSFW snap.

“Next Girl” is inspired by heartbreak, written as a warning to an ex’s new lover in order to help her avoid the predictable pitfalls of entering into a relationship with a guy who’ll inevitably fall short. It’s easy to read Pearce’s personal life into the song, as she filed for divorce from fellow country star Michael Ray in June after a very public — and short — marriage.

But in the music video for the single, Pearce isn’t focused on heartache: Instead, she offers up a goofy and empowering visual treatment that calls out lame come-ons, and the guys foolish enough to think they might actually work.

“This video was so fun to make!” the singer explains in a press release. “I feel like most of us have either been on the receiving end of these ridiculous advances or have witnessed them.”

While there’s a sobering message at the core of “Next Girl,” Pearce says she hopes her video can provide some light-hearted fun, too. “And while I truly hope the lyrics help the ‘next girl’ know that a jerk’s actions are not her fault, I also wanted to mix some of the often experienced pick-up techniques with a little humor. Come on, do these really work?!” she adds.

Following the release of “Next Girl,” Pearce has made it clear that her single isn’t the only new music she’s got up her sleeve. She recently turned to social media to share a clip of an unreleased ballad called “Heart First,” which leans into the wrenching, devastating pain of a breakup.

While it’s easy to assume that Pearce’s new batch of music is about her real-life breakup, the singer’s not likely to spill many details. She recently said that she plans to stay quiet on the specific circumstances of her split from Ray, explaining that “it’s just something that has to stay between the two of us.” However, she did share that her experience with divorce has taught her that she is “way stronger than I thought.”

These Heartwrenching Breakup Songs Hurt, Too: