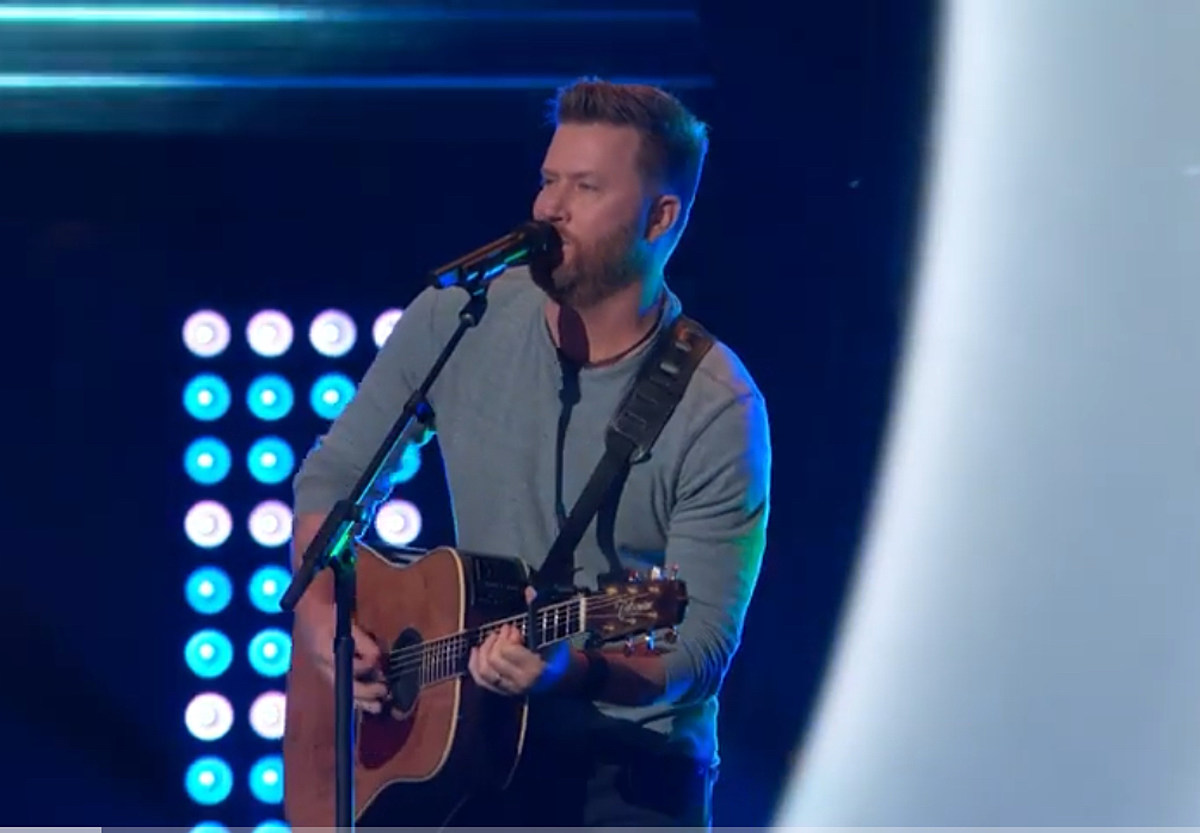 The Voice season 19 Blind Auditions continued on Monday night (Oct. 26), with a carefully socially distanced panel but no shortage of the usual fun. Coaches Blake Shelton, Kelly Clarkson and John Legend, as well as Shelton’s sweetheart Gwen Stefani, put their ears to the test working on rounding out their respective teams on the second week of the auditions.

Country wasn’t doing too well with representation until one Ben Allen, a 42-year-old Tennessee native currently living in Florida, took the stage with a solid choice: Brooks & Dunn‘s 2003 hit “Red Dirt Road.” His richly rounded vocals showed off a mature sensibility, causing Shelton (right away!), Legend, and Stefani all to turn.

“Now we’re talking,” exclaimed Shelton, as Allen finished up and the chairs swiveled to the front.

“[Shelton] looked at me like, ‘No brainer,'” added Stefani, who added what seems to be her standard catchphrase this season: “I’m kind of country now!”

To that, Allen charmingly noted, “This lady had a big hit in country music! It’s not a done deal yet!” causing both Stefani and Clarkson to squeal in delight and look in shock over at Shelton, who shrugged nonchalantly.

“Ronnie Dunn is my favorite singer in country music,” Clarkson enthused, to which Shelton interjected, “Helloooooo?”

“The only reason I didn’t turn,” Clarkson resumed, and gestured to Shelton. “Hillbilly b-b-b-bone here. You’re going to kill it, and probably going to go to the finale, congratulations.”

As for Shelton: “I miss the good old-fashioned, nasally sounding country singer,” he noted, adding that he hears “a lot of Ronnie” in Allen. Is it any surprise that Allen decided to go ahead and land on his team? Not really…not in our book, anyway!

The Voice airs Monday and Tuesday nights at 8PM ET on NBC.