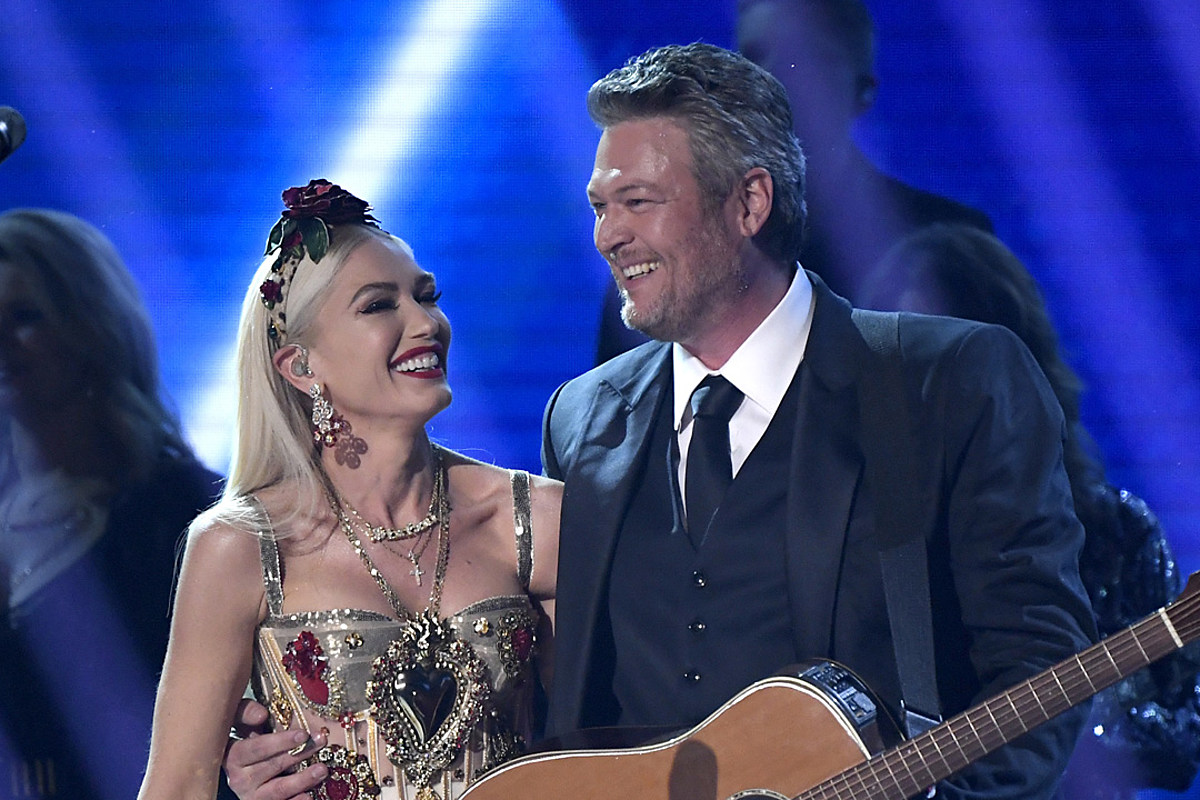 Blake Shelton and Gwen Stefani might be one of the most unexpected celebrity romances in recent memory, but they’re going stronger than ever after five years together; in fact, as of Tuesday (Oct. 27), they’re engaged!

The couple met in 2014, when Stefani joined The Voice. Shelton was an original member of the coaching panel, but the two did not become romantically involved until late in 2015, after Shelton and Miranda Lambert finalized their divorce and Stefani split from Bush frontman Gavin Rossdale, her husband of 13 years.

The down-home country singer and the seemingly uptown pop superstar and fashion guru seemed like an odd couple, but their romance flourished, and they confirmed the rumors about a budding relationship in November of 2015, right around the time of the 2015 CMA Awards.

It wasn’t long before they became musical collaborators as well as romantic partners. They wrote and recorded a song together titled “Go Ahead and Break My Heart,” which appeared on Shelton’s If I’m Honest album in 2016, and Stefani made headlines when she joined Shelton to perform the song on stage at Country Jam Colorado on June 18, 2016, helping him celebrate his 40th birthday.

They’ve become a favorite couple of fans and the tabloid media since then, appearing together at events, sharing pictures of private time with family via social media and even re-teaming for the most recent season of The Voice. Shelton has become a father figure to Stefani’s sons, and prior to their engagement, each of them hinted at their eventual intent to wed in various public ways.

Shelton and Stefani recently collaborated on a new song, “Nobody But You,” which appears on Shelton’s latest album, Fully Loaded: God’s Country. Following the ascent of that single to No. 1 on the country charts, they dropped another one together, “Happy Anywhere.”