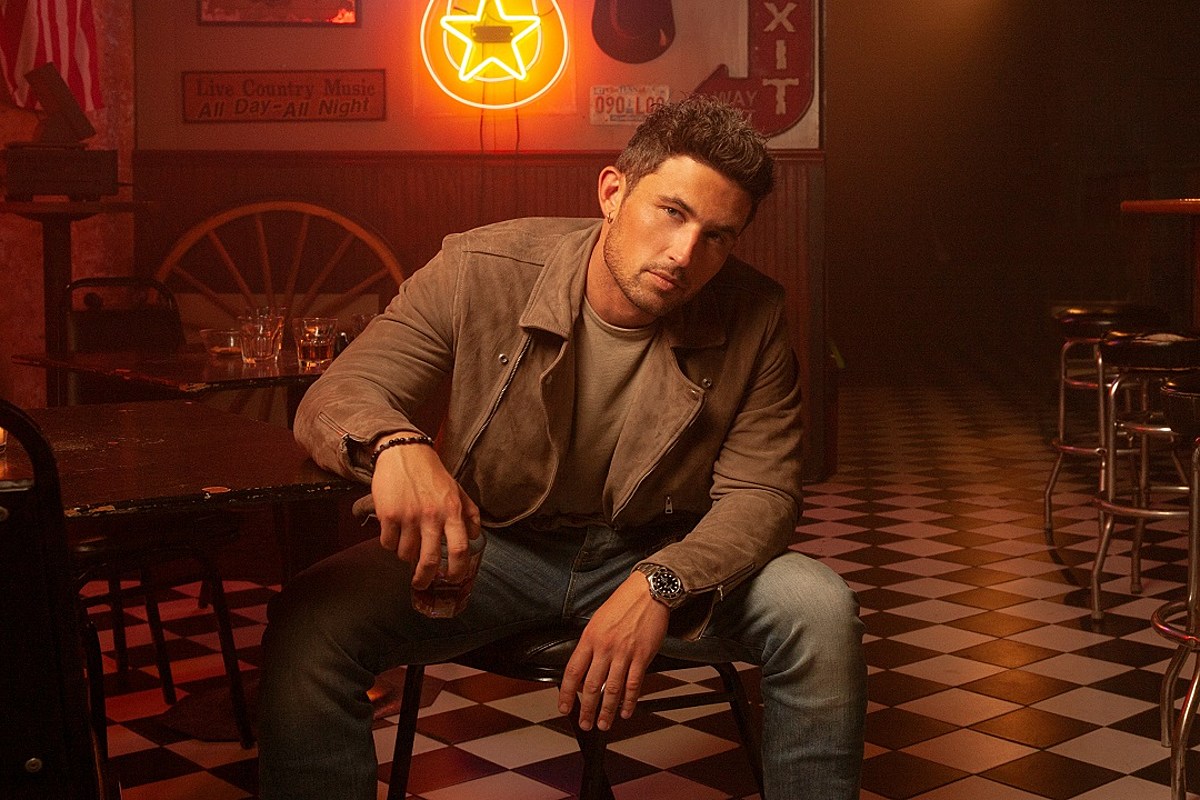 Michael Ray knows how difficult 2020 has been: In addition to living in a year of social and political unrest and through a pandemic that has halted his touring plans, he’s going through a divorce from his wife of less than a year, fellow artist Carly Pearce, and mourning the death of his uncle.

“It’s one of those years that you grow a lot from … You go through a lot of stuff, and through that, you find out more of who you are,” Ray shared during an industry event to celebrate his new single, “Whiskey and Rain.”

“You just have no other choice but to kind of rely back on who you are.”

Ray is back in Nashville now, but he’s spent quite a bit of time recently in his hometown of Eustis, Fla. His family has lived in the area of generations, and when he headed to Nashville, he left behind both family and supportive friends and hometown fans.

“I wouldn’t be where I am without them … without all those people who watched me play bars in high school,” Ray reflects in a follow-up video chat. “God knows how horrible that sounded at the time, but they showed up every weekend and helped me grow and helped me learn how to be an artist and entertain.”

Ray comes from a musical family, but his roots as an artist are also in ’80s and ’90s country. The singer is both a student and a fan of those decades’ sounds, as anyone who’s listened to even the first few seconds of “Whiskey and Rain” or tuned into Ray’s Honkytonk Tuesday livestream series knows.

“I think I’ll always be a lyric guy. I think what makes country music what it is, is the lyrics and the story of it,” Ray says. During his release event, he explained that he gravitates toward the story songs that are country music’s foundation, but also to the “vulnerability, of both the men and the women” of his favorite decades of country music.

The lyrical and melodic wheels of Ray’s forthcoming third album were in motion early in the year, but as he dealt with personal heartbreak and used his unexpected downtime to reconnect with loved ones, its theme of family became more pronounced.

“Picture,” written by Ray, Hardy and David Garcia on the day of Ray’s uncle’s funeral, was inspired by a friend’s comment about how we all, eventually, become the people in old photos viewed by younger generations. “Holy Water,” an outside write, reminds Ray of his grandparents’ history of running moonshine. Others reflect on Ray’s country upbringing — even if he didn’t realize how different it was until he left his hometown — while another outside cut, “Live Without You,” is “a love song for all the fellas … that might not know the right thing to say at the time.”

“I’ve never really been like, ‘I want to write this much of my record,'” Ray says. “I just open myself up to the Nashville songwriting community … [they]’re so damn good, and I think as artists, you do yourself a disservice if you don’t listen to those songs that are being pitched to you.”

Ross Copperman is producing Ray this time around. They’ve laid down about half a dozen songs so far and have studio time booked in early 2021 to record more.

“This is a third album. This is my flag in the game,” Ray passionately pointed out during his “Whiskey and Rain” event. “This is the record.”