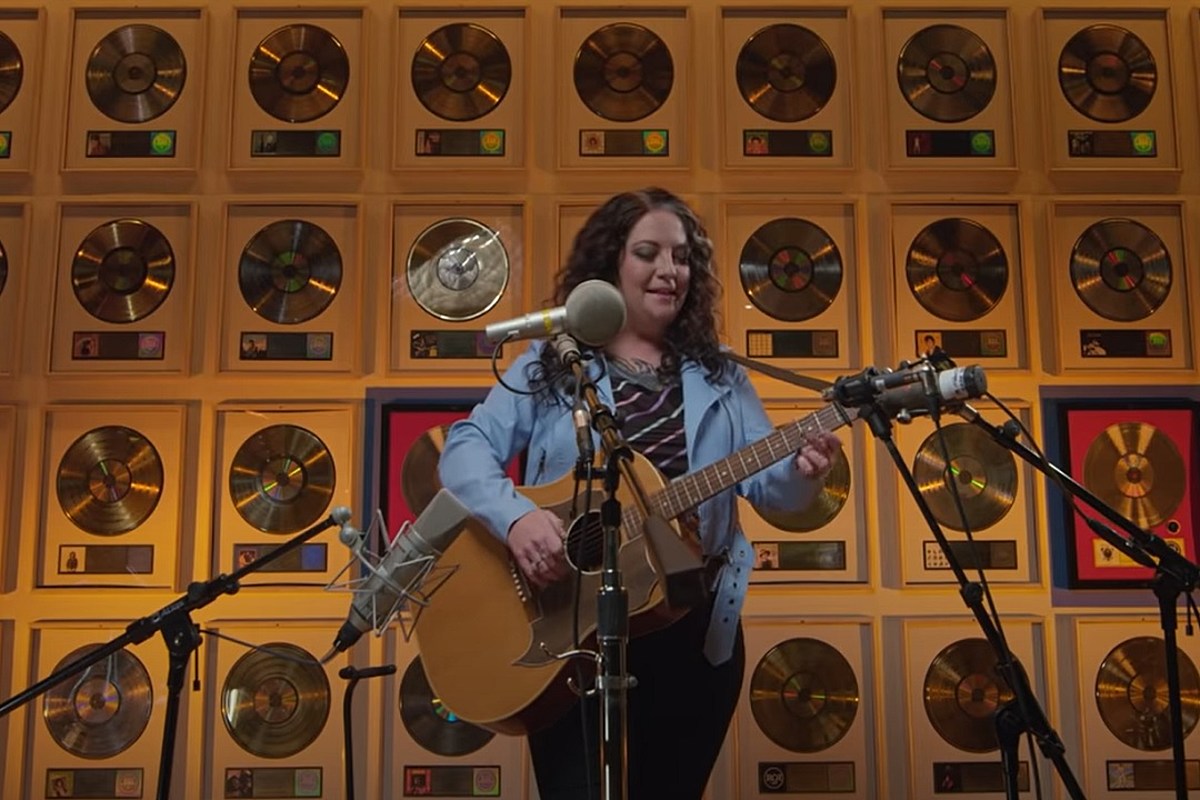 Ashley McBryde rounded the corner in an empty Country Music Hall of Fame and Museum and saw it: Loretta Lynn‘s 1956 Gibson J-50 guitar, out from behind its protective glass and resting on a guitar stand. It was hers to play, but first, she had to try not to cry.

“I managed to keep it together, and you’ll see me kneel down and say, ‘Is it weird if I smell it?'” McBryde recounts during a phone call from home. “They edited out where I stuck my nose in the sound hole and gave it a good sniff … [Old guitars smell] kind of dusty — It’s not a garage smell, but it is kind of like an old book smell.”

Her palms were sweaty as she picked up Lynn’s guitar. She noticed the pickguard peeling a bit at its edges, and she knew she had to be careful. “But then I thought, ‘Yeah, but you need to play the damn thing, because that’s what it’s for,” she remembers. “Instruments loved to be curated and cared for, but they really love to be played.”

McBryde is one of more than a dozen artists who recently found such pieces of country music history at their disposal for Big Night (at the Museum), a virtual event featuring performances by Country Music Hall of Fame members and today’s stars. Each artist was given the opportunity to play an instrument originally owned by one of their heroes, to cover a song of their choice; McBryde, for her part, selected Lynn’s “You’re Lookin’ at Country.”

“I feel like that was such a statement she made,” muses McBryde, whose at-home entertaining playlist kicks off with the 1971 hit. “Loretta made her statement in her gowns and her pastel colors, and then I got to make the same statement, just in a leather jacket.”

It’s incredibly rare that the Country Music Hall of Fame and Museum’s priceless and delicate instruments are taken out of their cases. But with the Hall of Fame closed for months due to the COVID-19 pandemic and losing an estimated $35 million in revenue, its staff began brainstorming once-in-a-lifetime ideas.

“We wanted to partner with some of our musical friends to express the comfort, hope, resilience and human connection that music can provide. We also wanted to create an event that would demonstrate the depth of our collection, the richness and diversity of the music we collect and study, and the deep relationships between today’s artists and musicians from previous generations,” explains Country Music Hall of Fame and Museum CEO Kyle Young. A spark of inspiration came after watching social media videos of the penguins at Chicago’s Shedd Aquarium exploring their home’s empty halls.

“We’ve got something like that, you know: Behind the glass in this museum, we have some instruments that are incredibly valuable, unduplicated, key to the way this history has developed,” Young adds to Taste of Country Nights.

The instruments couldn’t leave the museum, but with the downtown Nashville building closed to tourists, it became a playground for a small production crew and some willing artists. Hall of Famers Reba McEntire and Marty Stuart were the first to sign on, according to Young, and Grammy-winning producer and museum board member Dave Cobb offered to fill the role of audio supervisor. With the three of them on board, Young says, “other artists generously followed.”

“Really, what we figured out we were doing was, we were giving these artists a real way, a genuine way, to connect with their past,” Young says. “Over and over and over again, these incredible artists … are able to kind of go back to where they started, what influenced them. It was remarkable.”

McBryde felt it, that connection to a woman she says “is living legend proof that sticking to your guns has its perks.”

“She wasn’t trying to prove anything, she was just herself because that’s just how she is, and I thank God for woman like that because I don’t know how else to be thanks to them,” she adds of Lynn. She doesn’t know if the icon has seen her performance, but she hopes she will. “I hope [Lynn] knows how proud I am to have sung one of her songs on that guitar,” she says. “It’s way different than playing it in my kitchen.”

Big Night (at the Museum) premieres on YouTube on Wednesday night (Oct. 28) at 9PM ET. It’s free to watch, but donations to the Hall of Fame are encouraged, to help the museum recover from the financial setback of 2020 and to support its exhibits and preservation and educational work.

100 Greatest Country Albums of All Time