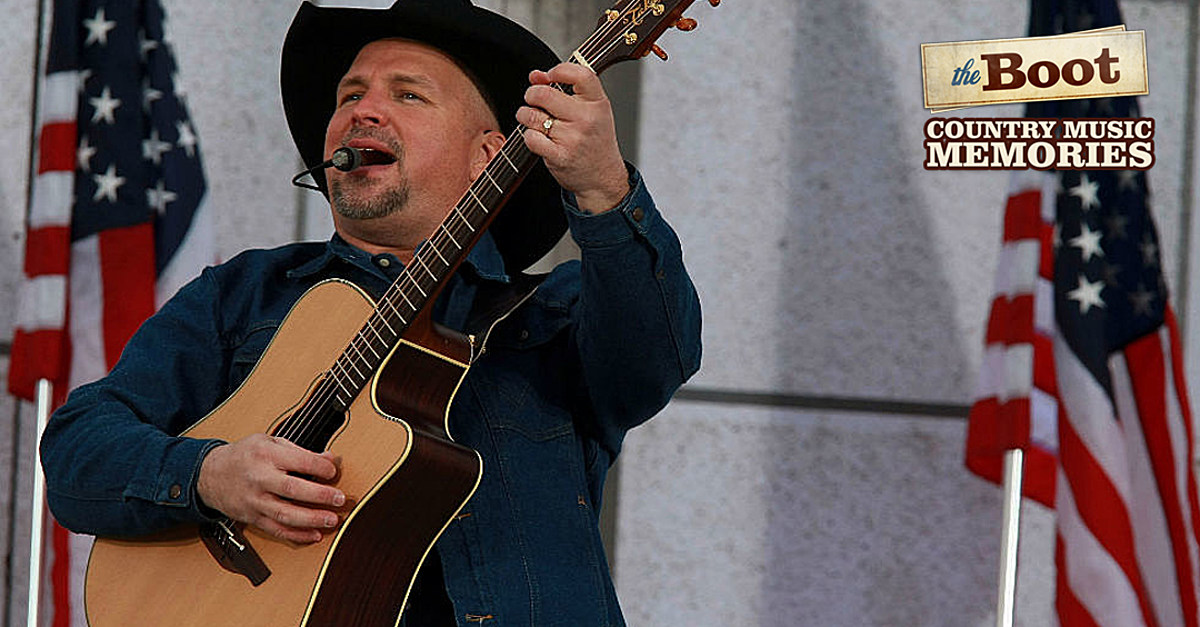 Oct. 24, 1991, was a big day for Garth Brooks: It was on that date, 29 years ago, that the singer’s No Fences album was recognized for selling 5 million copies — the highest sales ever for a country artist at that time.

No Fences, which was released in 1990, was Brooks’ sophomore album for Capitol Records. But while he may have been pleasantly surprised by his early success, no one, including Brooks, could have predicted how remarkable his career would become. The singer has sold more than 190 million records worldwide, has 20 No. 1 hits to his credit and has seven diamond-certified (sales in excess of 10 million units) albums.

In addition to his sales records, Brooks has also broken several concert attendance records, including playing before 750,000 people in New York City’s Central Park and in various cities on his comeback 2014-2017 World Tour. He is the best-selling solo album artist of all time, and No Fences has now sold more than 17 million copies.

Brooks famously announced his retirement in 2000, saying that he wanted to spend more time with this three young daughters. However, he began performing at the Encore Theater at the Wynn Las Vegas in 2009 and then announced World Tour dates around the U.S., city by city, beginning in late 2014. In 2019, he embarked on his first stadium tour.

WATCH: How Well Do You REALLY Know Garth Brooks?

Top 10 Lorrie Morgan Songs
Luke Combs Is Determined to Lose Weight for His Son
Billy Keane Offers Wisdom on ‘It’s Okay to Lose Your Way’
Randy Travis’ “He’s My Rock, My Sword, My Shield” Is A Reminder To Always Have Faith In Jesus
Mel Tillis Sings “Ruby, Don’t Take Your Love to Town,” the Hit Song He Conceived for Kenny Rogers