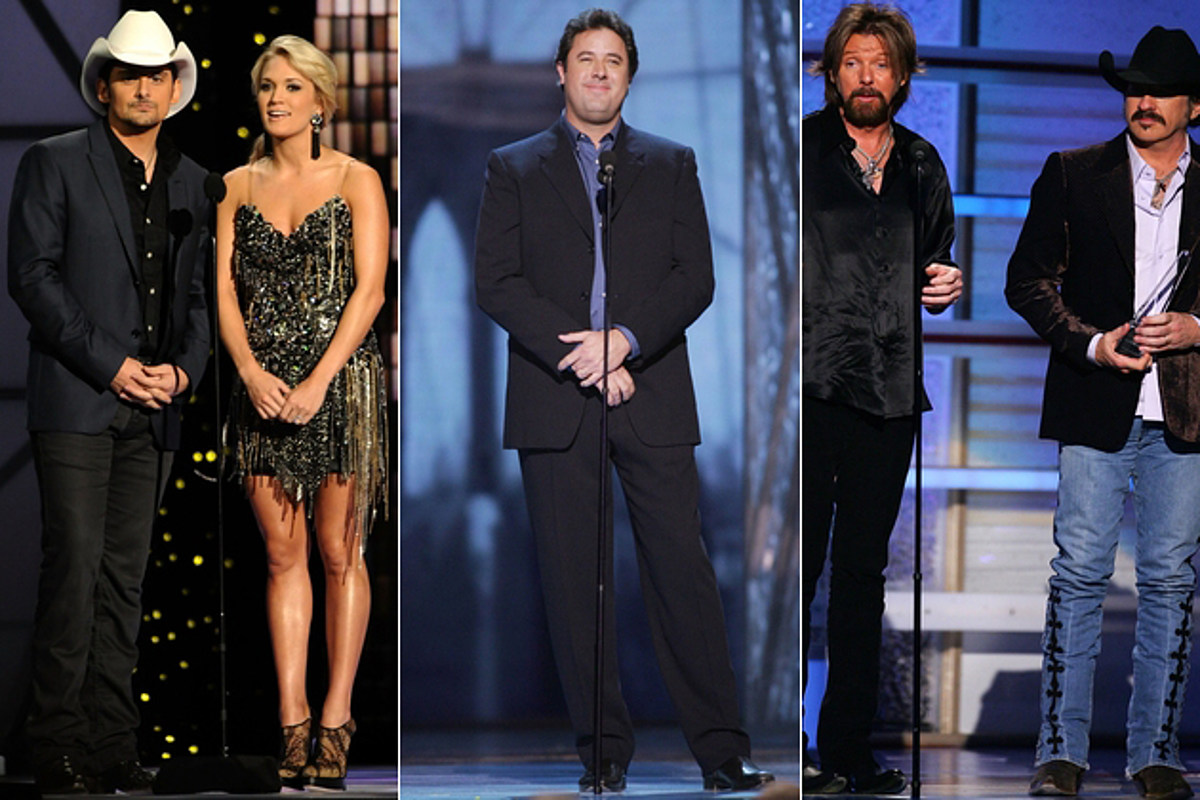 Hosting the CMA Awards is one of the most prestigious gigs in country music. Since its inception in 1967 — which wasn’t broadcast on TV — Country Music’s Biggest Night has featured some of country music’s biggest stars at center stage. But who’s done it best?

Also among the list of previous CMA Awards hosts are Glen Campbell (1972 alone and with Charley Pride in ’75) and Reba McEntire (with Randy Travis in 1990, solo in ’91 and with Vince Gill in ’92). Gill actually holds the record for hosting the awards show the most times: After co-hosting with McEntire in 1992, he co-hosted with Clint Black in ’93 and then hosted solo from 1994 through 2003.

Brooks & Dunn took over CMA Awards hosting duties from 2004 through 2006, and after a year with no specific host, Brad Paisley and Carrie Underwood begin their run as co-hosts in 2008. In 2019, Underwood hosted for her 11th — and, it turned out, final — time, with McEntire and Dolly Parton (who hosted the CMA Awards once, in 1988).

Tell us who you think the best CMA Awards host or co-hosts are by voting in the poll below; you can vote as often as once per hour. The hosts and co-hosts listed are the stars who’ve hosted the most, but if you don’t see your favorite, be sure to let us know in the comments section.

The 2020 CMA Awards are scheduled to take place on Nov. 11 and will air live from Nashville on ABC beginning at 8PM ET, with McEntire and first-time host Darius Rucker at the helm. Due to the novel coronavirus pandemic, the show be hosted at Nashville’s Music City Center, not Bridgestone Arena as is customary, and there will be no live audience.