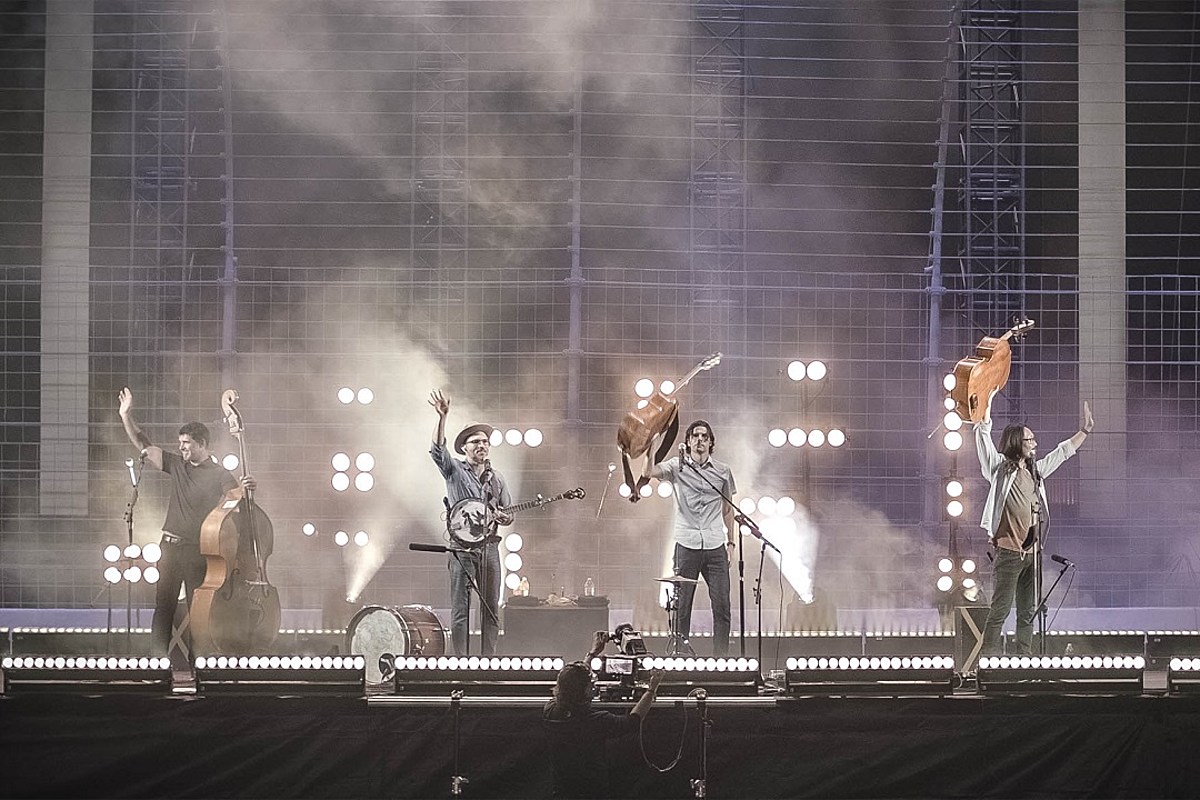 When the Avett Brothers released their The Third Gleam album in late August, they unintentionally met the moment. The eight-song project, recorded prior to the novel coronavirus pandemic, tackles isolation and injustice, but also resilience and love — a fortuitous choice of subject matter, given the spring and summer of quarantining and civil unrest that preceded its debut.

“I always come back to … trust in the dark, in the darkness,” muses Scott Avett, calling from the Carolinas, “and in walking into the unknown, and knowing that it is right and it is good.”

For Avett, there is beauty to be found in and lessons to be learned from troubling, tough times, as the past eight months have been for many people. For the Avett Brothers co-founder, “It’s been a good lesson in presence,” he says.

“I’ve been able to throw out the urgency that can come with this traveling lifestyle … I’m pretty convinced that preparing for anything is, at this point, just not very realistic, you know?” Avett continues. “So it’s helped me find a little place, and a little bit of stationary peace.”

The Avett Brothers have, indeed, largely taken time for themselves this year. On Friday (Oct. 23), however, they’ll perform their second live, drive-in-style show at Charlotte Motor Speedway, after a first event at the end of August brought in 1,500 cars and streamed to more than 30,000 fans in 14 countries, per a press release.

“We definitely knew that there was plenty of room for it to go sideways, but we did everything we could,” Avett reflects. “We felt really comfortable about the template we put in place … and we felt like that performance setting was gonna be good enough to put on something that was interesting.”

Playing as their core foursome — Avett, his brother Seth, Bob Crawford and Joe Kwon — for the first time in a decade or so, the band leaned into the limitations that came with onstage social distancing and found “a little more introspective” style of performance. Explains Avett, “We would try to cater to the four-men rotation … but there’s also a tendency to say, ‘Well, let’s just do what we would do anyway and see what it’s like, just the four of us,’ and we kind of pushed and pulled on that.”

Friday’s concert, set for 8:30PM ET, will once again stream live online, which is likely to be as close as fans not in the area or not willing to travel will get to seeing the Avett Brothers live for now. A recent appearance on HBO Max’s The West Wing reunion special drove home how touring in the time of COVID-19 could get “so hairy so quick,” says Avett, especially when the band members have direct contact with some high-risk individuals.

“The machine isn’t working like it was, which is okay … We’re giving ourselves to the pause and the space and the rest that this is,” Avett adds. “We know that patience will win the day, and if we can remain patient, we can get through it.”