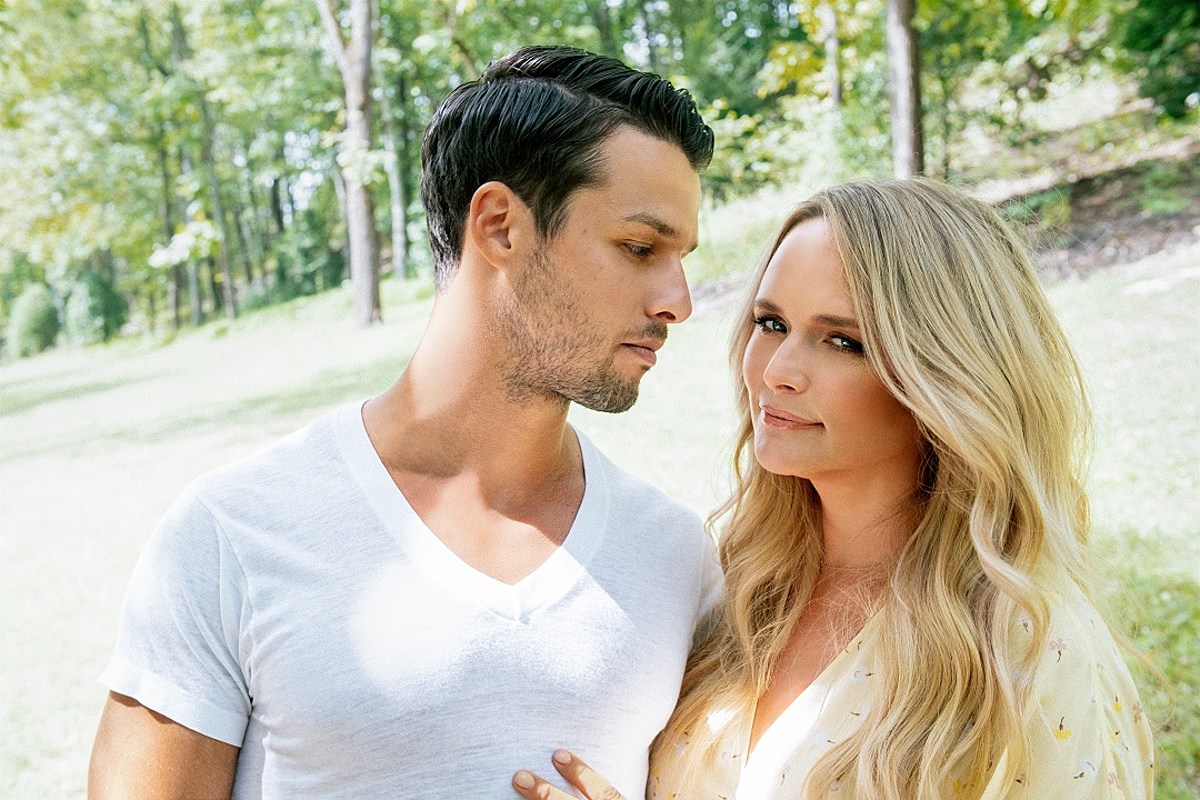 Catch Miranda Lambert and her husband of nearly two years, Brendan McLoughlin, at home on their farm in Nashville in her new “Settling Down” music video. The clip debuted on Wednesday (Oct. 21).

Directed by Trey Fanjoy, Lambert’s music video for the Top 40 single finds the couple enjoying time together amid some truly stunning landscapes: He fishes from a dock while she sits on the pond’s bank, drinking wine and writing songs; they cuddle up together together in a hilltop hammock and cook together.

Throughout the clip, a dressed-up McLoughlin is also seen waiting on Lambert, who’s wearing a flowing blue gown and riding her horse, Gibson, to him. In the shots from the kitchen, Lambert’s rescue dog Delta Dawn also makes an appearance (as McLoughlin appears shirtless in those scenes, you can be forgiven for missing the pup’s cameo).

“My mom always called me a wild child and a homing pigeon. I always have an itch to find a new adventure, but I’m also always ready to walk through my front door,” Lambert explains in a press release. “I feel like a lot of people feel that way, and ‘Settling Down’ tells the story of being caught between those two feelings.”

McLoughlin and Lambert met in New York City about two years ago, while she was there promoting the Pistol Annies‘ third album. They quietly struck up a relationship, and got married in January of 2019 — a development that Lambert kept secret until just after Valentine’s Day of that year. He’s not only her first real-life partner to appear in a music video — he’s her first love interest in a music video, period.

“I’ve never had a video in 18 years in the business with a love interest, and so it’s kinda funny that my husband’s my first one,” Lambert says. “I’m like, ‘You’re cute, you’re here, and you’re free.’ It was fun; he did such a great job.”