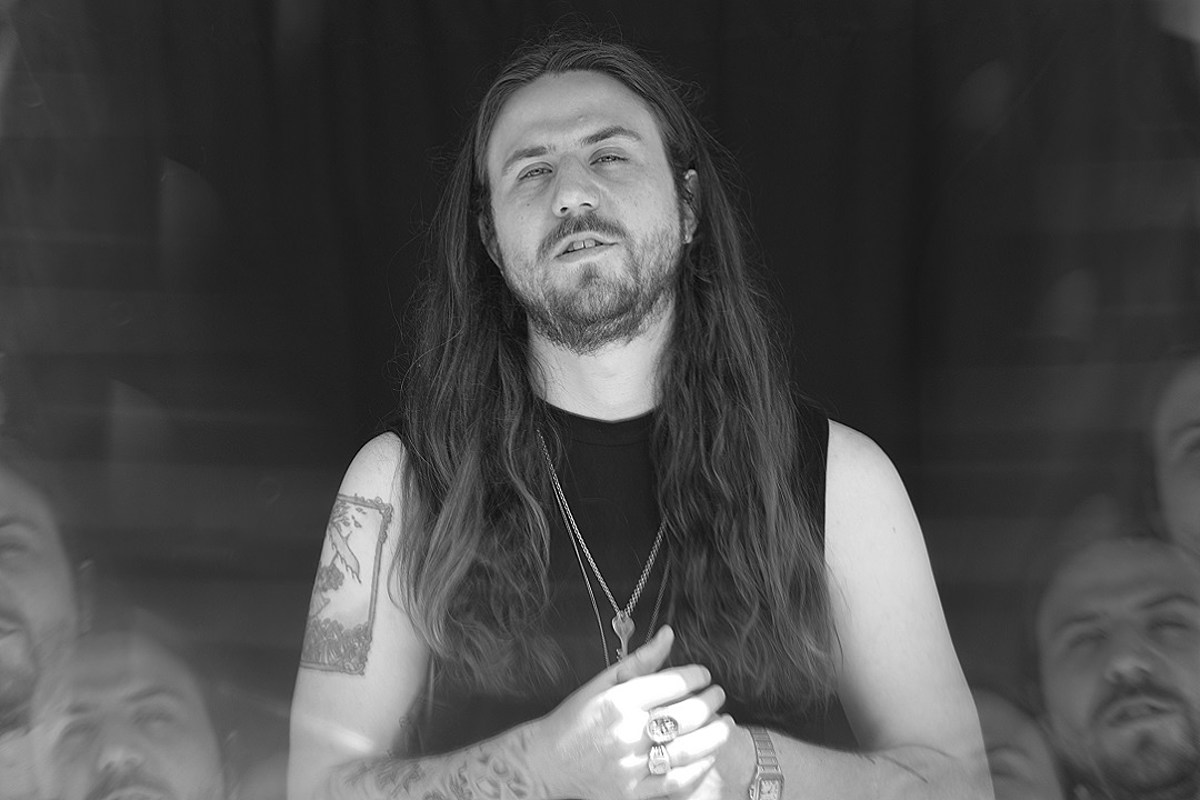 Sam Morrow does a total 180 to conclude his forthcoming new album, spinning from strutting rock to a stark, acoustic melody for “I Think I’ll Just Die Here.” The singer-songwriter is premiering the brand-new track exclusively with The Boot; press play below to listen.

“I Think I’ll Just Die Here” encapsulates on our tendency to gravitate toward the familiar — for better or worse. “I’ll follow whoever’s flock / If the right person is talkin’ / And their spots are all the same color as my own,” Morrow sings in the second verse, adding in the bridge, “I’ll drink my Kool-Aid and proudly decay.”

“Today, I see more tribalism and division than I have seen my entire life. I see a lot of people picking a side and sticking to it, ignoring new information and blindly believing what that side’s puppet master says. I see people more concerned with dying on the same hill they’ve always been on rather than meeting people at the bottom and checking out the views elsewhere,” Morrow reflects. “This song encapsulates a lot of the themes we cover on the record, but perhaps puts a finer point on them.”

“I Think I’ll Just Die Here” is one of nine songs on Gettin’ By on Gettin’ Down, which follows Morrow’s 2018 breakout album, Concrete and Mud. The Texas native co-wrote its lead single, “Rosarita,” was co-written with Jaime Wyatt.

“My favorite rock ‘n’ roll is the stuff that has groove to it,” Morrow says. “I want to make music like that — funky, layered rock where it’s not just the songwriting that’s important, but the presentation, too.”

Gettin’ By on Gettin’ Down is due out on Oct. 30. Visit SamMorrowMusic.com for more information.

Jake Flint’s Wife Speaks Out After His Unexpected Death at 37
Relive Dolly Parton’s Epic Looks Throughout The Years
Jason Eady and Adam Hood Hold Onto Hope in ‘Broke Not Broken’
Artist to Watch: Roberta Lea Breaks Out of the 757
Dolly Parton Says Her Rock Album Is Coming Next Year: “I’m Callin’ It ‘Rock Star,’ Just For Fun”