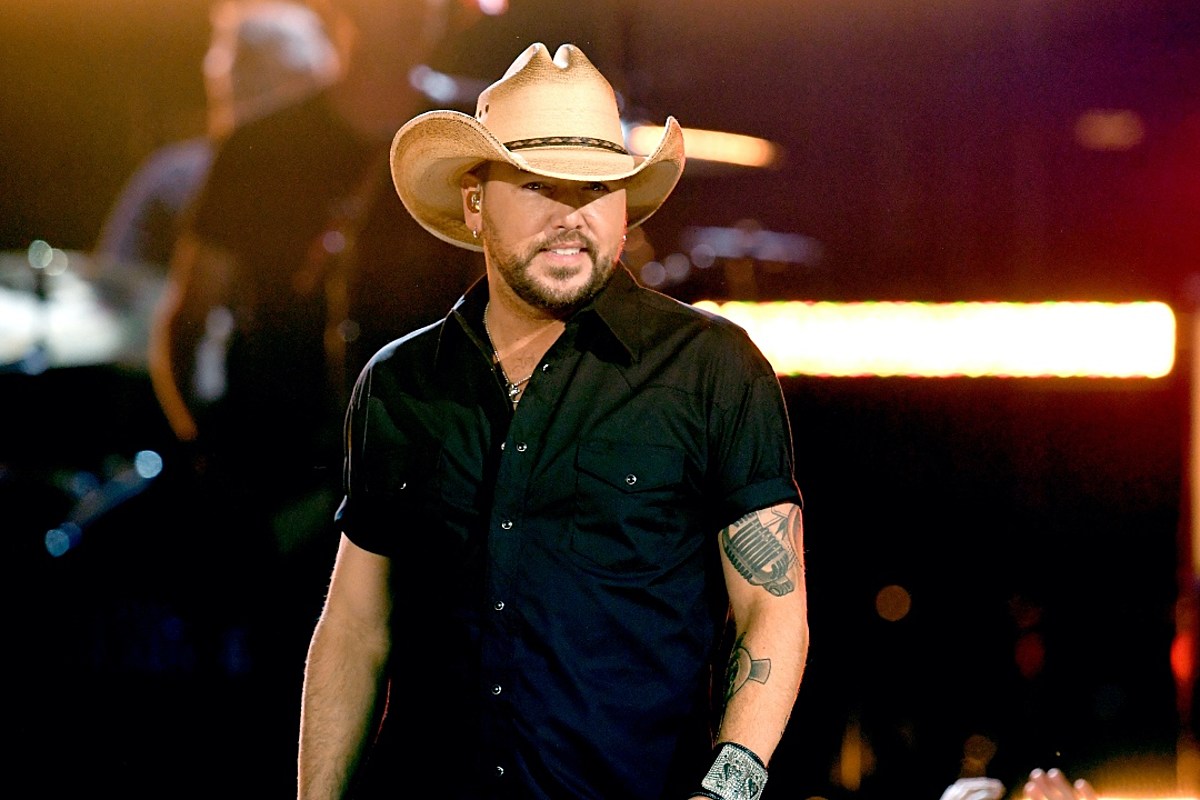 Jason Aldean still isn’t used to having to wear a mask, and he hopes he never is, but he dutifully wears one while in public. Since March, the “Got What I Got” singer has found a bright side to having to cover half of his face.

The Taste of Country Nights crew asked Aldean about taking trips to Target or wherever amid the pandemic, and he admits to sometimes needing to use a cheap, store-provided face shield when he forgets his.

“It’s normal for you to go, ‘Okay, I need my wallet, my keys and my mask to go somewhere,'” he explains to Evan and Amber.

Until recently, most stores in Tennessee and Nashville specifically mandated mask-wearing, so Aldean did his best to blend in, literally. Fewer people recognize the superstar when they can’t see the lower half of his face.

“The mask, as much as I hate ’em, has been kind of cool because you kind of blend in with everybody else,” Aldean shares.

What Is Jason Aldean’s Top Song? Here’s Our Top 10:

Musically, “Got What I Got” is the newest single from Aldean’s 9 album, and while it’s not clear if another from the project will follow, it is clear he’s moving past that record. Earlier this month Aldean shared on social media that he was back in the studio, and during the radio conversation, he says he’s got about eight songs tracked, with vocals to come in November.

“I’d say by Christmas we’ll be finished with half of it,” Aldean shares.

Thus far, there are no collaborations planned and no quarantine-inspired songs. One of those would have to really blow him away, because at this point, he’s looking to forget about this year.