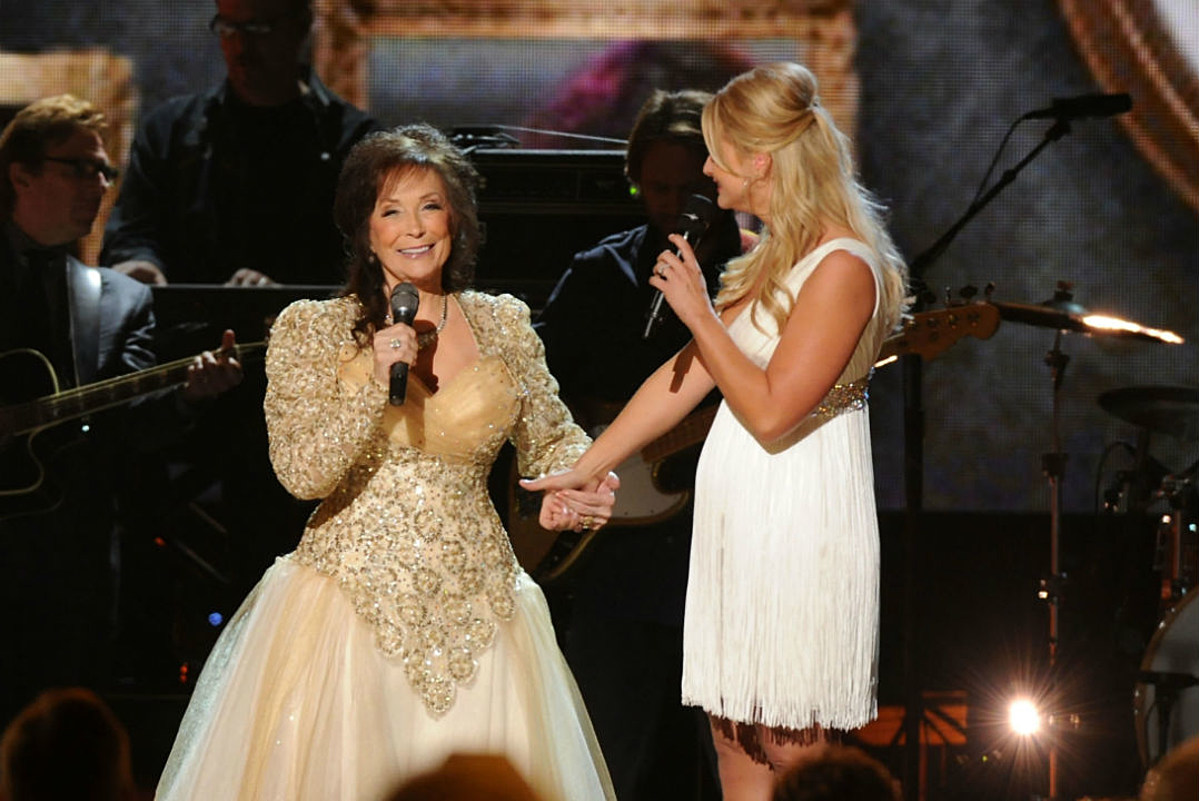 In 2019, Miranda Lambert launched another run of her all-female Roadside Bars & Pink Guitars Tour, featuring talented women in the genre such as Maren Morris, Ashley McBryde, Tenille Townes and Caylee Hammack. But supporting her female peers is nothing new for Lambert.

Want proof? Just watch this video of her acceptance speech from the 2010 CMA Awards, when she was presented with her first-ever Female Vocalist of the Year trophy by her longtime hero, Loretta Lynn.

“The woman that paved the way for all females ever in country music is standing here beside me and handing me this award,” Lambert said during her emotional acceptance speech. “And I’m proud that I can now call her a friend.”

Bursting into tears, Lambert went on to thank Lynn for her inspiration as a woman in the genre, talking time to pay a nod to Reba McEntire, too. After thanking her icons for their groundbreaking legacies in country music, she went on to say that she planned to pay it forward for the next generation of female country artists.

“I’m gonna keep going for the other women in this industry, I promise. Thank you so much. I really, really appreciate it,” Lambert concluded.

She’s made good on that promise in the years since. As a tour boss, Lambert makes it a point to offer advice and solidarity for young women coming up in the music business, even offering rising performer Hammack some much-needed tips on managing friendships with her female peers.

Lambert is once again in the running for Female Vocalist of the Year at the 2020 CMAs. She is nominated alongside Carrie Underwood, Kacey Musgraves, Maren Morris and Ashley McBryde. She is also nominated for the awards show’s highest honor, Entertainer of the Year, and in five additional categories, including in Musical Event of the Year with her 2019 Roadside Bars & Pink Guitars tourmates, for their collaborative cover of “Fooled Around and Fell in Love.”

Mindy McCready Songs That Spotlight a Country Career Cut Short
Charles Wesley Godwin Covers The Bejeezus Out Of Kathy Mattea’s “Eighteen Wheels & A Dozen Roses”
Country Music Memories: ‘Nothing on But the Radio’ Goes to No. 1
Liverpool Meets Nashville: How the Beatles Proved Country Fandom
Ever More Nest Strive Toward a New Start in ‘Happy New Year’