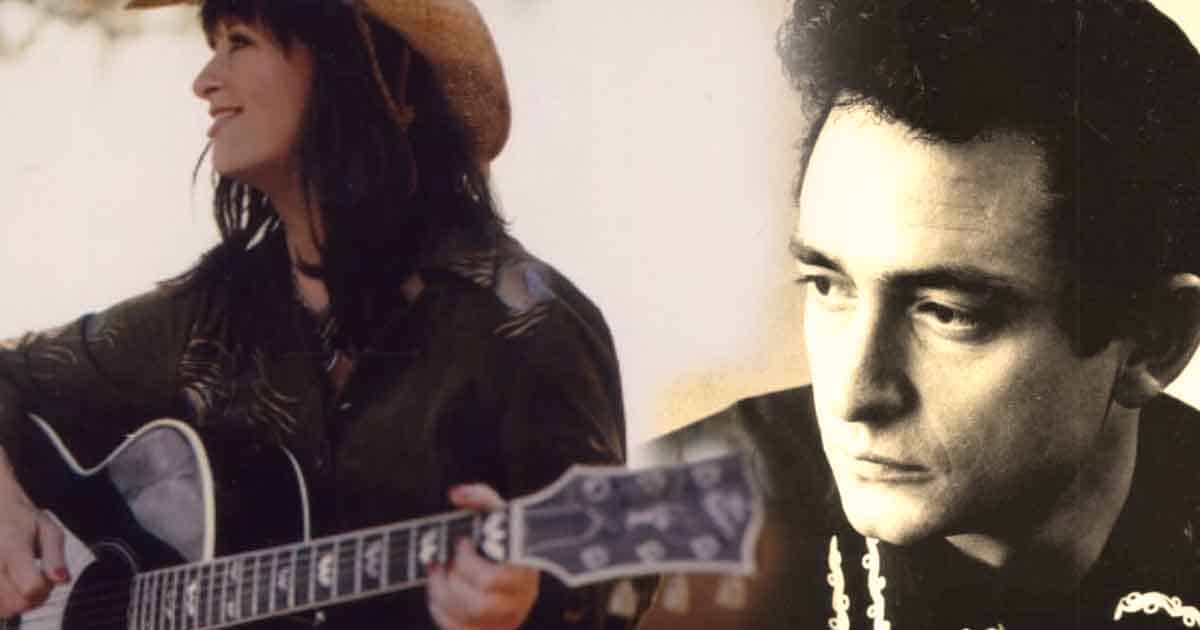 A popular hymn dating back to 1912, “The Old Rugged Cross” has been sending those lost from the Lord back into his graces with its strong and resonating message. Various country music artists have since covered the hymn throughout the years. From the version of male country legends such as that of Ernest Tubb in 1952 to Jim Reeves, George Jones, Elvis Presley, Merle Haggard, Willie Nelson, the gospel song was also rendered by female superstars like Loretta Lynn, Patsy Cline, June Carter.

Even country crooners have released their versions of the beloved hymn. The most notable ones are by Randy Travis, Brad Paisley, Alan Jackson, Randy Owen, and Vince Gill.

However, one of the less known but most notable renditions is definitely Johnny Cash and Jessi Colter’s duet. Cash had already recorded the hymn with his wife June Carter, but it’s his duet with Waylon Jennings’ wife Jessi Colter that’s often forgotten.

One of The Most Popular Hymns Over the Century

If you ask someone to name America’s most famous hymn, you will undoubtedly get a response with “The Old Rugged Cross.” The renowned hymn has been the most favored out of the roughly 300 songs written by evangelist and song-leader George Bennard.

Bennard, born into a very modest family in Youngstown, Ohio, in 1873, served for several years as an itinerant Method preacher. He had a favorite scripture verse, John 3:16. When quoting that verse, Bennard seemed to always have a vision of a cross — an earthy Roman instrument of death. The cross was stained with the blood of Christ, who gave his life so that we might become Christians.

Bennard later recalled, “I seemed to have a vision… I saw the Christ and the cross inseparable.”

On one occasion, while Bennard was thinking of Christ’s crucifixion, an original melody ran through his mind. It was a complete melody, but very few words came with it. Bennard struggled writing some appropriate lyrics, as all that ever came was the passage, “I’ll cherish the old rugged cross.” From that, the song started to take shape in bits and pieces.

Bennard returned from several preaching engagements to his home with a renewed meaning of the cross carved in his mind and heart. He took the song manuscript and placed it on the kitchen table. In a very short time, Bennard was able to rewrite the stanzas with each word falling perfectly into place. And the rest was history!

“I really didn’t write it. I was merely the instrument God used,” Bennard said.

Today, the “The Old Rugged Cross” remains one of the most cherished hymns of the Christian faith. Be sure to check out Jessi Colter and Johnny Cash’s fantastic version in the video below.

Mickey Guyton is Bringing Her Son to ‘A Capitol Fourth’
WATCH: Dustin Lynch’s ‘Fish in the Sea’ Video’s Beachy for Summer
Luke Combs Is Determined to Lose Weight for His Son
The Boot’s Weekly Picks: Kyshona, Chris Housman + More
Remembering The Death of Lynn Anderson, Whose Powerful, Husky Voice Brought Her Atop The Charts