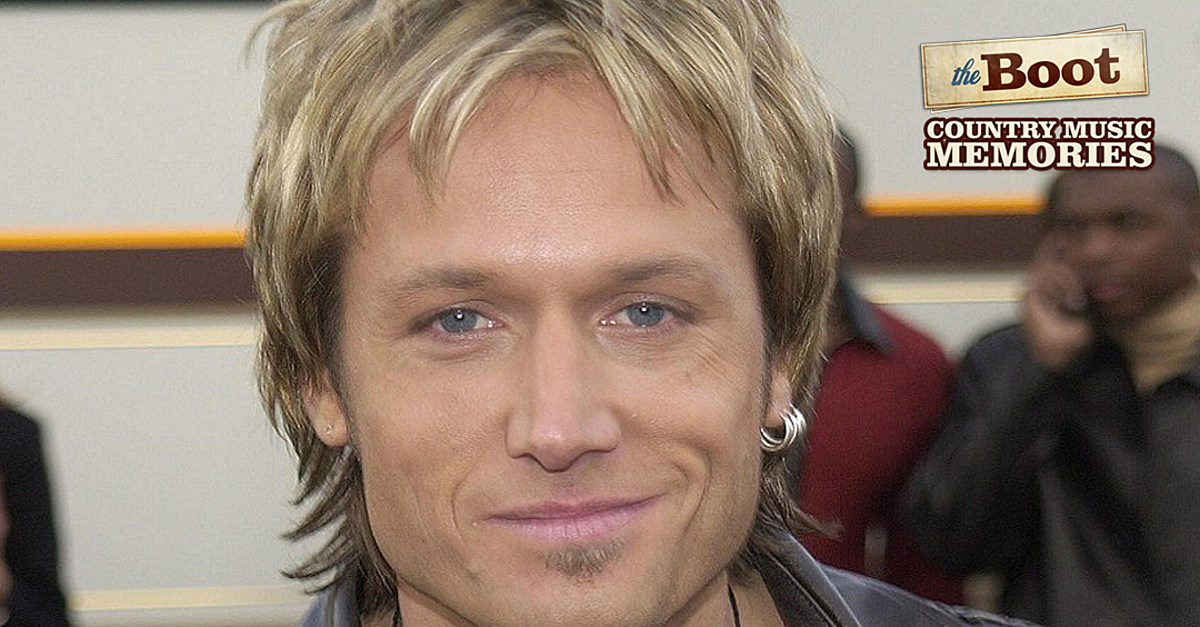 Previously, Urban had released another self-titled solo album in 1991, but only in Australia, as well as an album in 1997, The Ranch (later re-released and re-named Keith Urban in the Ranch), with his band the Ranch. The Aussie wrote or co-wrote nine of the 12 songs on his debut solo record, which he also co-produced, along with Matt Rollings.

Urban’s solo album came after one of the more painful times in his life, when he was struggling with his own addiction issues.

“It was difficult,” Urban recalls to CBS. “I mean, it was a difficult time for me in Nashville. You know, there’s only sort of so much constant rejection that I can take until I didn’t know what else to do. It was an escape mechanism that sort of got out of hand, unfortunately.”

Fortunately, after Urban’s stint in rehab, he came out with more clarity, which he says inspired him to pursue his true passion and launch out on his own as a solo artist.

Keith Urban spawned four Top 20 singles, including “It’s a Love Thing,” “Your Everything,” “Where the Blacktop Ends,” and “But for the Grace of God,” the latter of which became his first No. 1 hit. The album was certified platinum just two months after its release, and the success of Keith Urban helped the now-superstar earn his first CMA Awards trophy, the Horizon Award.

Three of the songs from Keith Urban – ”Your Everything,” “Where the Blacktop Ends” and “But for the Grace of God” — were included on Urban’s 2007 Greatest Hits: 18 Kids project.