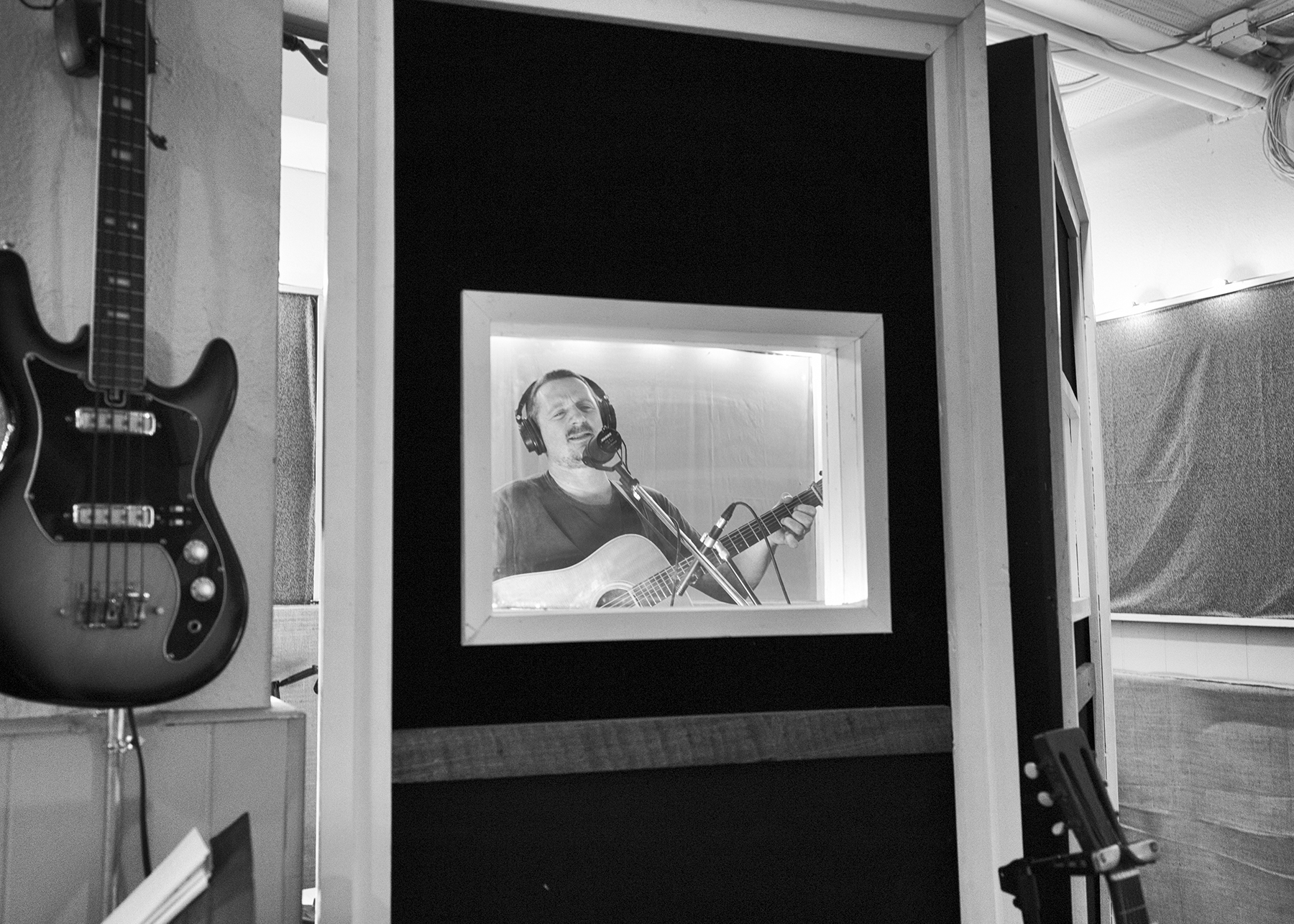 Two years before Sturgill Simpson released his debut solo effort, 2013’s High Top Mountain, his band Sunday Valley put out their album To the Wind and on to Heaven, which included the slow-burning “I Don’t Mind.” On that LP, the tale of a love lost was a dusty slice of country-rock, with muscly drums butting up against fragile fiddle.

On Cuttin’ Grass Vol. 1 – The Butcher Shoppe Sessions, released Friday, Simpson revisits “I Don’t Mind,” shaping it as more of a bluegrass lament. Naturally, the fiddle remains, but it skews mournful, conveying that the forgotten love he’s singing about is never to return.

Simpson, however, is. With Cuttin’ Grass, the Kentucky native reunites with the rootsy sounds of his home region. In a lengthy statement accompanying the album, he credits his paternal grandfather with introducing him to bluegrass, but admits it didn’t take until later in life when he heard a Monroe Brothers song come on the car radio. “I was pretty much drifting at the time—completely lost, I guess you could say—and hearing that music brought everything to the surface,” he says. “It sounded like home.”

Recorded in June after Simpson’s arena tour with Tyler Childers was cut short by the pandemic (and Simpson’s own battle with Covid-19), Cuttin’ Grass features a band of top-tier pickers like Sierra Hull, Stuart Duncan, and Tim O’Brien, along with Simpson’s longtime drummer Miles Miller. Over 20 tracks, it touches on every Simpson solo album save for last year’s Sound & Fury. There are seven songs each from High Top Mountain and its breakthrough follow-up, Metamodern Sounds in Country Music, and a pair off the Grammy-winning A Sailor’s Guide to Earth. Four tracks from Simpson’s Sunday Valley years also make the cut.

Sturgill Simpson on Eddie Van Halen: ‘Impact Is an Understatement’

Cuttin’ Grass, even at 55 minutes, is a breezy listen, pristinely mixed and engineered by Sean Sullivan and the album’s producer, David Ferguson. Under headphones, the instruments leap out — you can hear every plucked, picked, or sawed string. The mandolist Hull’s vocal harmonies are especially striking, particularly on “Turtles All the Way Down,” remade here as back-porch rave-up, and the elegant “Breakers Roar.”

But it’s Simpson who is the revelation. He sings crisply and cleanly, with little hint of the notorious mumble-jumbo of his live shows, where the uninitiated might mistake him for speaking in tongues. A furious lead guitar player, he steps back on Cuttin’ Grass and handles rhythm, deferring to O’Brien and Mark Howard to light the way with their fluid solos.

After indulging in skronk-rock experimentalism with Sound & Fury — an album that, while wildly entertaining, suffers in spots from been-there/heard-that for those you’ve ever listened to Shooter Jennings‘ Giorgio Moroder tribute or, even further back, Black Ribbons — Simpson has rediscovered his voice and his strong suit. In his Cuttin’ Grass statement, the restless songwriter suggests that there are more volumes to come and that, at least for the time being, he’s leaning into his birthright as a bluegrass picker.

“In all honesty,” he writes, “I guess that’s probably the closest thing to the truth that could ever be put in print about me.”