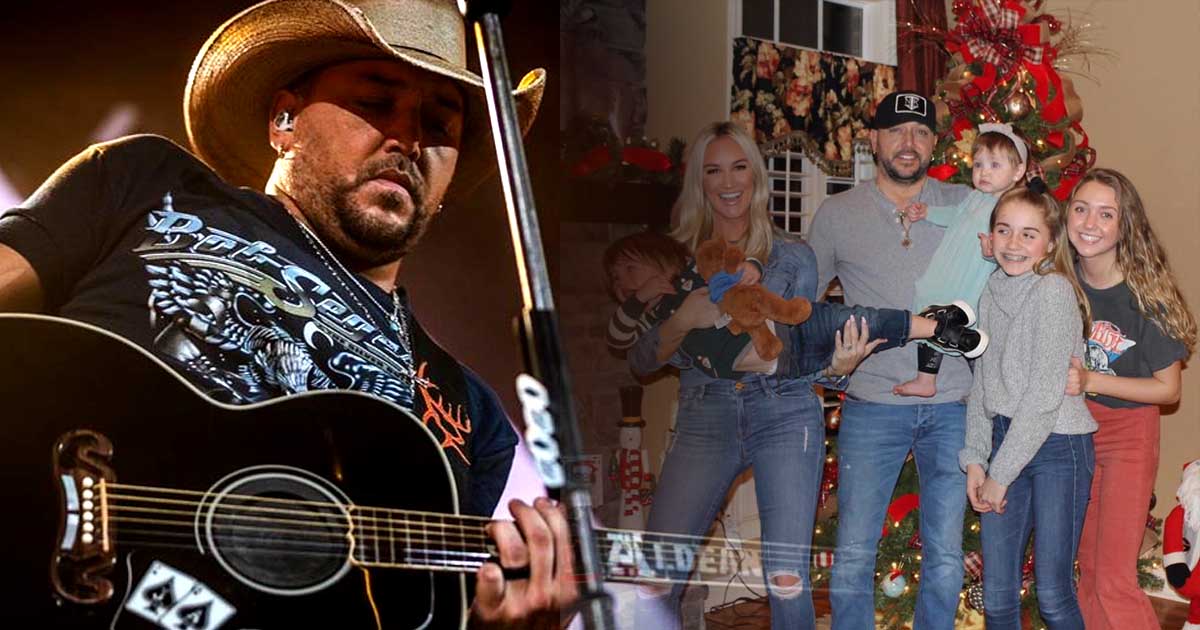 Jason Aldean’s new home is nothing but jaw-dropping. The breathtaking mansion is located in a magnificent area in Tennessee. It comes with an outdoor kitchen and bar, resort-style pool, bowling alley, custom outdoor spaces for their children, and many more.

The country superstar and his wife, Brittany, waited nearly two years for the house to be built and have frequently shared updates with fans throughout the process.

“We started building this house, I guess a year and a half or so ago,” Aldean told Taste of Country in late 2019.

“It was just kind of our forever home. It’s where we want to be from now on, and kind of raise our kids. It’s one of those things where I just said, ‘I’ve worked hard over the years. If we’re going to do this, let’s build what we want, and not sit here in five years and go, ‘Man, I wish he had done this or that.’ We made sure we knew exactly what we wanted and when, and started building it. Now I’m going, ‘Man, I wish we went a little smaller, just so we can be in our house, just because it’s taking forever to do this thing, but it will be great when it’s all said and done.”

“Obviously, the career I’ve had, and the people that have supported it, are the reasons that we get to have that house,” he added. “I’m very thankful for that. It’s going to be great, just the fact that I get to raise my kids there, and it gets to be there home forever, it’s cool.”

Moving Into Their “Forever Home”

Finally, earlier this June, Brittany announced that the family would be moving into the new home through her social media. The move-in was just in time for Brittany’s birthday as she turned thirty-three. The family stayed at their beach home in Florida while the new house was being completed.

Both Alden and Brittany have taken to Instagram to give fans a great look at the Tennessee property that appears to be built for country royalty. Brittany has also uploaded two video tours of the new house. The first video shows the house’s footage after completion, while the second one shows a more thorough tour of the entire home and outdoor area during the house’s construction period.

On the “Under Construction” video tour, Brittany shared a glimpse of her completed closet, and it’s completely stunning. She also posted several pictures of the interior and exterior after moving in.

Aldean also revealed that the new place has at least one really jaw-dropping feature that will surely be popular with guests.

“We actually want our backyard to look like a Corona beer commercial, I think,” the singer said. “We got big palm trees going in, in the backyard. We’ve got tiki bars, a pool; it’s going to be stocked. We can actually, probably film one of these Corona commercials in my backyard once it’s all fixed up.”

Needless to say, the family’s new home is not only huge but also spectacular. It will have plenty of room for Aldean’s friends and family to come to visit. Besides Memphis and Navy Rome, Aldean also has two older daughters, Keeley and Kendyl, with then-wife Jessica Ussery.

As of right now, the family is planning to have their new Tennessee estate as the family’s ‘home base’ and will also be spending a lot of time during the summer at their newly remodeled Florida beach house. But every time Jason is on tour, the Aldean family will live in a very comfortable tour bus.

Though Alden and his wife had different ideas of what the dream home should look like, with Brittany wanting more modern while the country superstar favored a rustic look with more wood beams, the move-in appeared to have been successful.