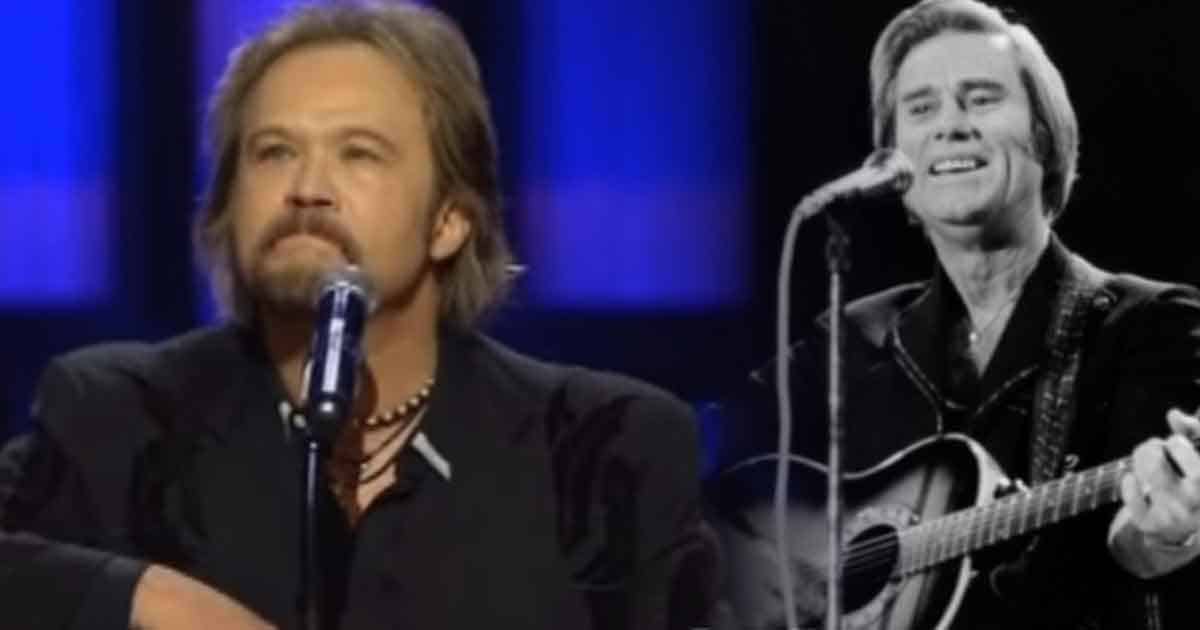 In honor of the great King of Country Music George Jones, country music artists from the country staged a memorial service on May 2, 2013. It is fully remembered that the living legends performed their tributes, shared their eulogies, and talked about their memories with the late George Jones.

The memorial service was held at the Grand Ole Opry House. Performances from different country music artists were heartfelt, and many were emotional. Indeed, it was a night of longing, and remembrance to the king of country music.

Although every performance was remarkable, no one could not deny that Travis Tritt‘s tribute to Jones was more than touching. Tritt honored the king with his rendition of Kris Kristofferson’s “Why Me, Lord?” Sitting on stage and strumming his guitar, Tritt simply gave a beautiful tune that made the crowd more emotional.

Subsequently, Tritt’s performance in the memorial service was spot on. After the video’s posting, it became a viral video sensation. Later, fans demanded Tritt’s recording of the song be released.

True to its sense, Tritt deserved to be acknowledged by fans and co-artists as well. His acoustic version of “Why Me, Lord?” gave a new taste to the gospel song. Kris Kristofferson’s original recording is already emotional. However, Travis Tritt’s take on the song was quite different, more emotional. He exuded the feeling of longing, and lost memories.

With George Jones as his subject, his embodiment of the song grew even more. Well, who does not miss the king of country music? I suppose, everyone does.

Watch Travis Tritt perform his tribute song to George Jones, “Why Me, Lord?” below:

The Milk Carton Kids Announce New Album, Share ‘When You’re Gone’
Morgan Wallen Will Take 2023 ‘One Night at a Time’ on a Massive World Tour
Jenny Tolman’s ‘It’s a Boy’ is a Moving Tribute to Her First Son
Liverpool Meets Nashville: How the Beatles Proved Country Fandom
Red Dirt Artist Jake Flint Unexpectedly Passed Away In His Sleep Hours After Wedding Sunday Night