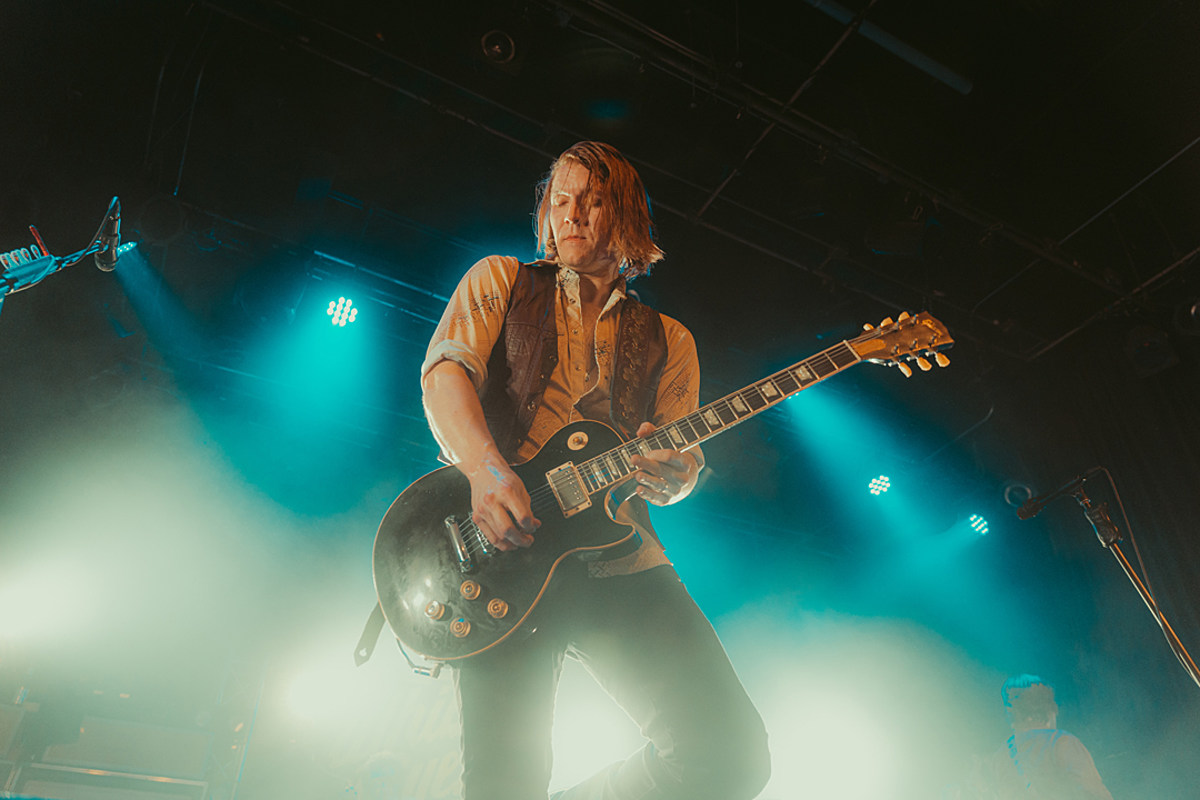 The wife of John Jeffers, the guitarist for East Texas country-rockers Whiskey Myers, is asking for prayers as her husband recuperates at home after fracturing his skull in an ATV accident on Sunday (Oct. 11).

Jeffers was released from the hospital on Monday morning (Oct. 12). Hope Petty Jeffers shared news of the accident on her personal Facebook page on Tuesday afternoon (Oct. 13).

“He has a skull fracture and total hearing loss in one ear, but we were reassured by the neurosurgeon and ENT at Medical City that both will heal and he will hear again,” Petty Jeffers reveals. “They believe a bolt went through his skull and barely missed his carotid artery. He is at high risk of infection due the location of his fracture so specific prayers that he stays infection free.”

Additionally, Petty Jeffers says her husband received stitches in his head and knee. She also shared a picture of him being treated:

We are so very thankful that he is alive + still here with us! Special thanks to my mama and daddy for waiting outside the ER for hours + following the ambulance to Dallas in the middle of the night.

Continued prayers that he heals up with no infection + his hearing comes back over the next few weeks before Baby Jag Wilder makes his appearance.

On Wednesday (Oct. 14), Whiskey Myers released a statement of their own: “We are grateful for everyone’s prayers,” the say, “and request privacy for John as he recovers at home with his family.”

Per Petty Jeffers’ Facebook page, the couple has been married since October of 2017. Baby Jag Wilder is due in six weeks, just months before Whiskey Myers’ frontman and his wife will welcome a child: Cody Cannon shared his happy news with People in August.

Whiskey Myers mix Southern rock and country on albums including their critically acclaimed self-titled project from 2019. They’ve released five albums since 2008, and a 2018 appearance on the Paramount Network show Yellowstone boosted their profile. Like most bands and country artists, they canceled or postponed he remainder of their tour dates for 2020.

Check Out Country Music’s Best Albums of the 2000s: