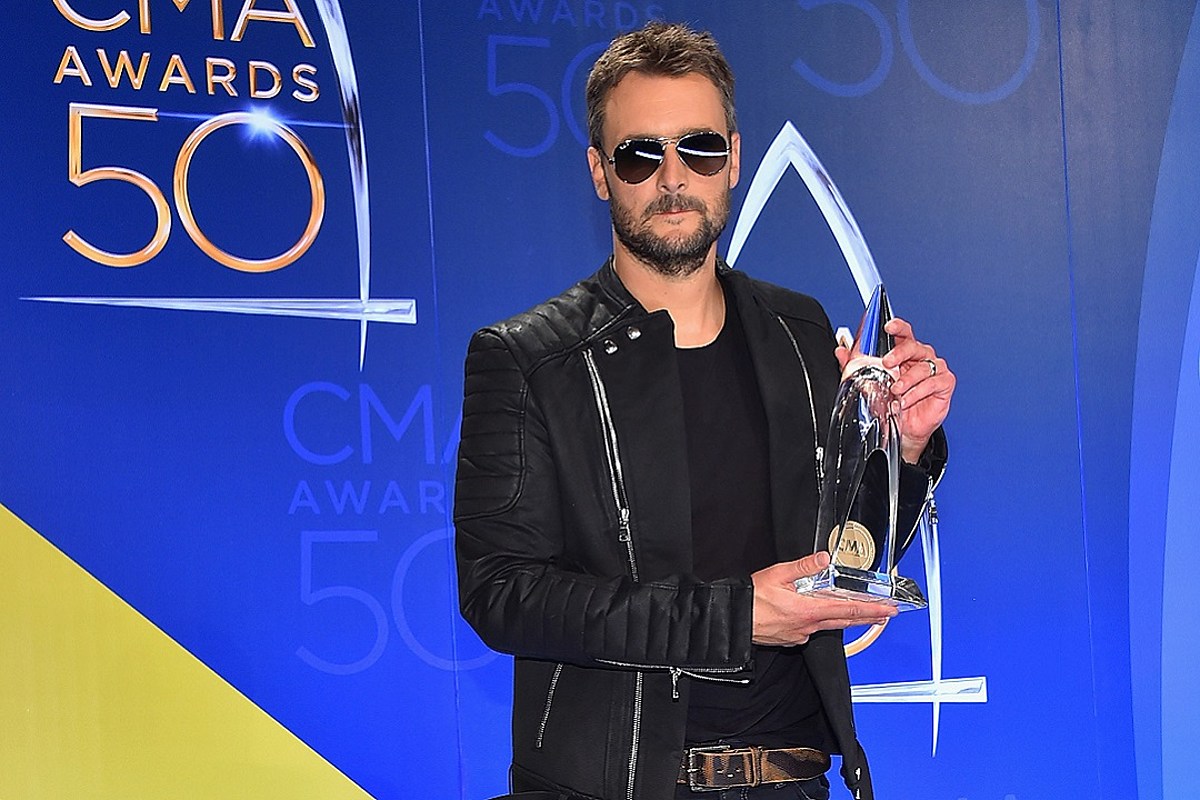 Despite earning five nominations for CMA Entertainer of the Year, Eric Church is still waiting to win the top prize. But the country star says the disappointment of losing the award multiple times over doesn’t affect him in the way fans might think.

During a lengthy Q&A session at February’s 2020 Country Radio Seminar, radio personality Lon Helton asked the country superstar how he felt after once again being passed over for the trophy at the 2019 CMA Awards. Garth Brooks‘ win in the category at last year’s awards show was particularly talked-about, as many felt it was either Church or Carrie Underwood‘s year to finally take home the trophy.

“It was probably painful for the people around me more than it was me,” Church admits of the loss. “To me, it’s a trophy — that’s what it is — but not to the people that push those carts. Not to the fans. That’s who I hurt for, because I knew they wanted it that bad: your crew, your team, your fans.”

Church says he personally doesn’t put much of an emphasis on winning awards, choosing to focus instead on how his music affects his fans. Rather than worrying about those awards show titles or hitting No. 1 on the charts, he tries to keep his focus on the art itself as much as possible.

“It’s a trophy to me,” Church says. “The minute you start making decisions to try to win trophies or try to move songs two spots higher on the chart, that becomes detrimental to your overall vision. It’s not about those things.”

Similarly, Church explains, those career achievements don’t play into how he decides to craft his live performances; instead, he lets the music speak for itself.

“I’m still going to go play the same show,” Church says. “None of that is going to matter.”

At the 2020 CMA Awards, Church has another chance to win Entertainer of the Year. He and Underwood are competing in the category again this year, against Luke Combs, Miranda Lambert and Keith Urban. Darius Rucker and Reba McEntire will co-host the show, which is scheduled for Nov. 11. The event will air live from Nashville on ABC beginning at 8PM ET, but due to the novel coronavirus pandemic, it will take place at the Music City Center, not Bridgestone Arena as is customary, and there will be no live audience.

A Heartwarming Change of Pace in “Life Turned Her That Way” By Little Jimmy Dickens
Margo Price Channels Marilyn Monroe in ‘Radio’ Video With Sharon Van Etten
Bella White’s Live Performance Of “Just Like Leaving” Is Nearly Better Than The Studio Recording
Cody Johnson’s ”Til You Can’t’ Wins Best Country Song Grammy
On Faith and Promises: Patsy Cline’s “I Go to Church on Sunday”